BrainChip has introduced two development kits for its Akida AKD1000 neuromorphic processor based on Raspberry Pi and an Intel (x86) mini PC in order to enable partners, large enterprises, and OEMs to begin testing and validation of the Akida chip. 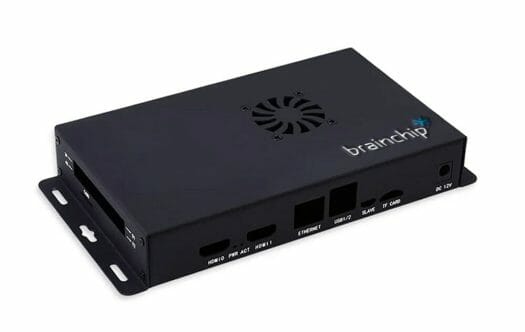 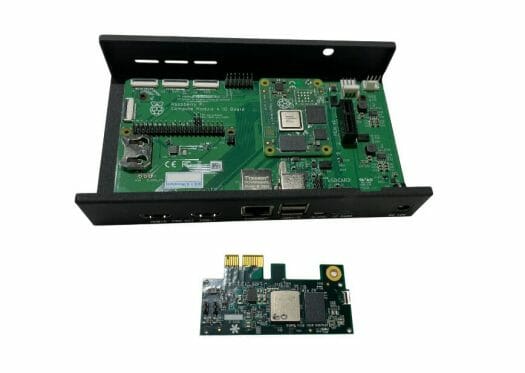 The kit is just comprised of off-the-shelf parts (RPi CM4 + carrier board) housed in an enclosure with the company’s Akida AI accelerator card. 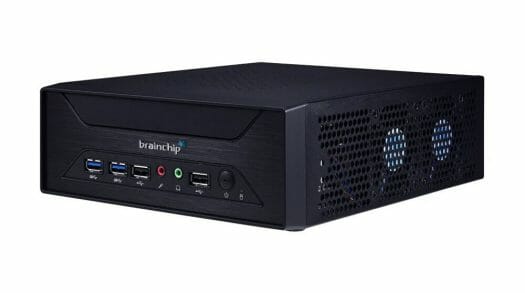 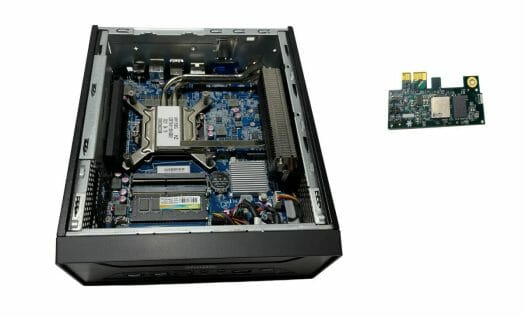 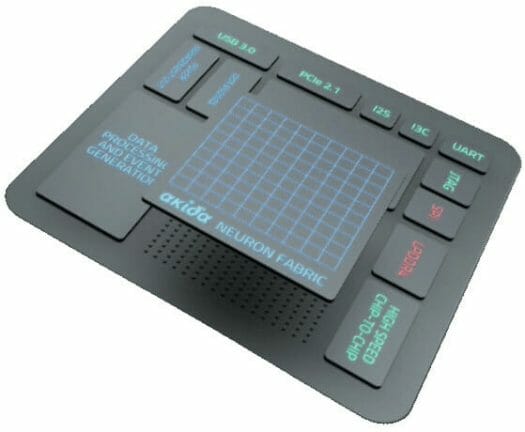 The development kits listed above include the Meta TF Software Development Environment, a User Guide, and examples of Akida Models. Interviewed by EETimes, Anil Mankar, BrainChip co-founder and chief development officer, explains that people who are familiar with the TensorFlow or Keras API can take their existing application, network, dataset, and run it on Akida hardware after going through quantization-aware training, and measure the power themselves. So there’s no need to understand exactly how SNN works.

The way they compare the solution to CNN is interesting as they report the number MAC operation needed per inference instead of direct mW values. Yet the EETimes article also provides some power consumption numbers:

… a keyword-spotting model running on the Akida development board after 4-bit quantization consumed as little as 37 µJ per inference (or 27,336 inferences per second per Watt). Prediction accuracy was 91.3 percent, and the chip was slowed to 5 MHz to achieve the observed performance.

Neuromorphic chips based on spiking neural networks are still emerging technology, and the price of the development kits reflects this with the Raspberry Pi devkit going for $4,995 and the Shuttle PC kit for $9,995. More details can be found on the BrainChip website. Other companies working on SNN AI chips include Innatera and Prophesee.

Too pricey, to be honest. They’re going to have to come down to the Edge TPU pricing on some of this to be of value in the space they’re aiming for- and an EVK that is thousands more than it ought to be is a put-off…

It’s probably their eventual goal. I think it’s just an early version of the devkit, and they’ll work with a limited number of customers. I remember working on a $50,000 board for a low-cost VoIP chip in the past. It was FPGA-based though, as pre-silicon so not directly comparable.

I can see BrainChip is a public company, so maybe they wanted to generate some hype with the devkits announcement.

Well the Dev kits it seems aren’t really for retail, more for a particular group of engineers and large organisations to try out, they will be releasing a smaller USB type later down the track. Plus there’s no other company in the world who have real time edge based learning that doesn’t require cloud and can do it all at ultra low power. If you go on their YouTube you’ll see some demos of akida hardware, there’s no comparison in the world or even anything commercially available that comes close to Akida.