TQ Embedded (aka TQ) has just announced the availability of the TQMa117xL system-on-chip module based on NXP i.MX RT1170 crossover processor family, and as well as MBa117xL single board computer (SBC) based on the 31×31 mm module.

TQMa117xL’s small size has been achieved thanks to a 277-pad LGA design, with the module still integrating LP-SDRAM, Quad-SPI NOR flash and EPROM, a PMIC, as well as an optional security chip. 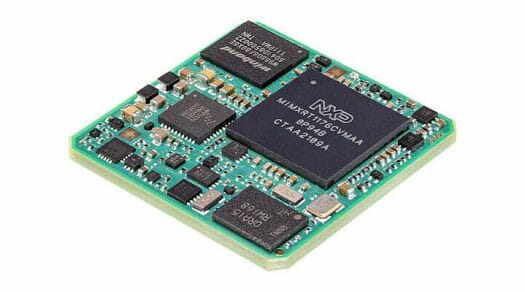 The company provides support for FreeRTOS, and other operating systems can be made available/worked on upon request. TQ says the module is an ideal platform for applications such as small gateways, room control systems, decentralized intelligence in automation, time recording systems, or voice-controlled elevator control systems. 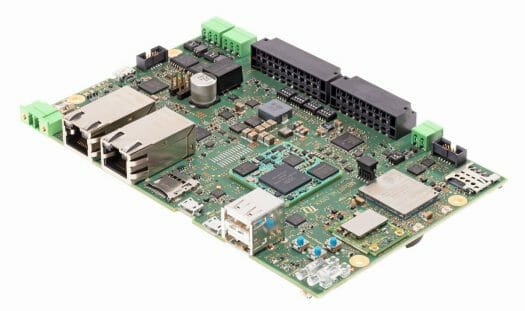 The board above looks more like an application board than your typical Cortex-M MCU development kit, but that’s warranted with all the features and interfaces provided by the Cortex-M7/M4 crossover processor.

MBa117xL carrier board is used as part of a starter kit with TQMa1176L-AA module, but TQ Embedded explains it can also be used as an already qualified industrial board, notably for smart HMI solutions in building automation, control systems, and real-time acquisition of sensor data in automation.