Initially designed for industrial smart displays or other HMI applications, we’ve already seen the low-cost Arm Linux processor with 64MB (SSD201) or 128MB (SSD202D) memory has been integrated into a gateway, a single board computer, and M5Stack UnitV2 AI camera devkit, but somehow, it’s now gone into a consumer device. 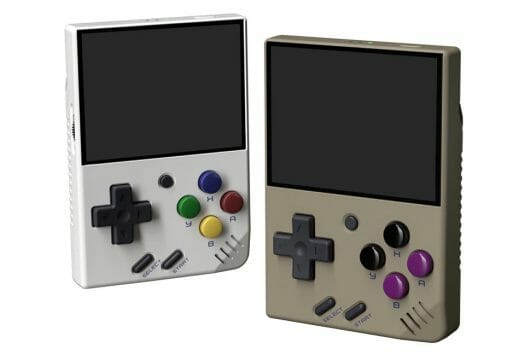 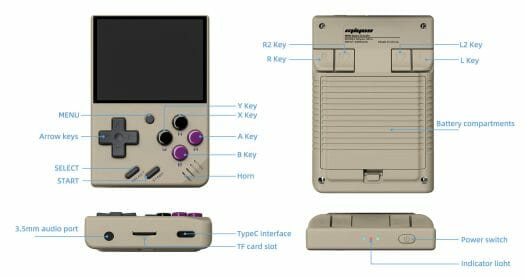 The specifications did not mention the processor at all, but I learned about the console via Linux_chenxing Twitter account, and the presence of the SigmaStar SSD202D processor was confirmed by an internal photo taken by Obscure Handhelds which also shows a 4-pin header that should be the UART port for the serial console. 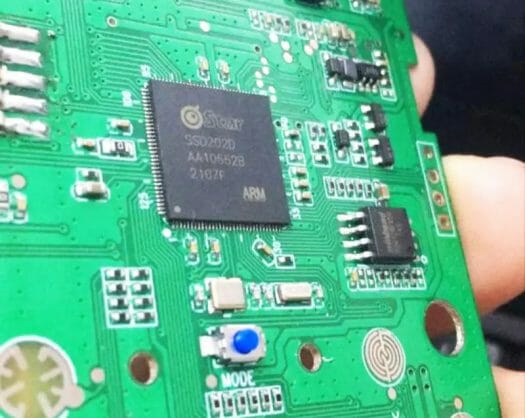 SigmaStar SSD2xx processors have been getting mainline Linux support step-by-step thanks to the Linux Chenxing community (probably meaning dgp by himself, which I’m sure will comment here), so it could be an interesting platform to play with. There’s a thread on Github too. I could not find any official RetroArch support for SSD202D, but while searching I also noticed one Hardkernel’s engineer looked into the processor, not for an “ODROID-GO Lite” console, but an unrelated personal project.

Miyoo Mini portable game console can be purchased on Aliexpress for $50 including shipping, excluding taxes.

>thanks to the Linux Chenxing community
>(probably meaning dgp by himself, which I’m sure will comment here),

There’s two of us now. Romain is doing great work digging through the hundreds of commits we have backed up and throwing them to mainline.

There seems to be a bit of interest in this thing so maybe someone will come along to help with the remaining bits like getting sound working, display without using u-boot to do some of the setup, working out the 2D gpu.

I remember this coming up last year. The goal being to have this sorta fill the gap between micrcontrollers and SBCs. I’m probably in the target audience 🙂 I’ve tried several times to get serious and write some STM32 HAL code and it’s always sorta fizzled out b/c of the layer of complexity – so to me this is very very enticing. I’d love to write some quick code on a full Linux system, test, copy over, and run – and have that all work directly/immediately. I think I could even run some JVM code and have tons of libraries… Read more »

STM32 HAL is really bad. I tried to use on a project because my old boss wanted us to use it, but everytime i needed more performance or flexibility, i needed to write my own code. And i needed to rely on help from the internet because their docs didnt cover much this cases.
Seriously, go away from STM32 HAL.

For having run some tests on @dgp’s smaller BreadBee, the power usage was around 0.8W, so you could theoretically hope for 12 hours on a single 2.6Ah Li-ion cell. Here you have a more powerful CPU and a display, this will draw more power of course, but we’re clearly within power levels where batteries and solar panels are possible. Regarding the older MSC313E there’s not even a heatsink on the CPU, and remains so cool to the touch that you need to look at the leds to figure if it’s running or not 😉

>I remember this coming up last year.
>The goal being to have this sorta fill the gap between
>micrcontrollers and SBCs. I’m probably in the target audience

My main thing is I want people to stop putting microcontrollers onto networks/the internet.

>But what’s the battery life situation at the moment?
>Can this be in standby for long durations? (days? months?)

The SSD202D datasheet claims it has a deepsleep mode that goes down to ~3uA.

>don’t seem to really ever be designed around battery life

This family of chips can turn everything off and be woken by GPIO, RTC, ADC, IR..

> This family of chips can turn everything off and be woken by GPIO, RTC, ADC, IR..

I guess my questions is how are these functionalities exposed to the user?

I tried to look into how people do micro-like things with the RPi and they seem to generally be working through the WiringPi library. In principle it could also be somehow exposed in a more generic way through the unix device lists.. but that’s a wild guess

GPIO is exposed via sysfs (deprecated but still widely used) and a char device that has a helper library.. ADC is exposed via IIO.
There are python libraries like this: https://github.com/vsergeev/python-periphery that abstract it away.

> The SSD202D datasheet claims it has a deepsleep mode that goes down to ~3uA.
Can you point to the full datasheet, please?

There is no full datasheet as far as I know. Even people that signed their NDA didn’t get one with register descriptions 😀

Very interested as well on how to achieve this !
Any link to the datasheet or even better: to the related code in an existing SDK?

I like the SOC and the fact that it’s getting mainline support but with no GPU it’s not worth that much.
Also personally I don’t like the screen size, I would have liked at least 4.3 and at 2.8 it’s just too small for me.

From what I can tell from the discussion of this thing not having a 3D GPU isn’t a big problem for 2D system emulators. Apparently hardware scaling to match the emulated machine resolution to the LCD is important.

The display blocks in these chips are designed for TVs, car navigation etc I think. There’s MediaTek chip used in cheap LCD TVs that is actually a relative of these chips.. anyhow the 2D hardware is apparently capable of doing scaled blits etc. From what I can tell that’s what the emulator guys want.

The “emulators guys” use either CPU software scaling (integer) or GPU scaling (bilinear). I was the first to use a dedicated hardware scaler.
https://github.com/OtherCrashOverride/libgo2/blob/bc992566bb86f2fe0c8d981d4db46e2e2beb5b0e/src/display.c#L640

I also had to write my own RetroArch alternative to make use of it:
https://github.com/OtherCrashOverride/retrorun-go2

There were attempts to integrate the work into RetroArch by the community. However, I do not know what ultimately became of that effort.

That line isn’t quite representative of use of scaler, but if it works, then I congratulate you on that.

Are those SOCs available in small quantity from trusted sources? Or does one have to buy by the boat load?

Super weird for a thing like this or any other Chinese fabless vendor you can get the IDO solder down modules from digikey:

They are a bit more expensive but this sort of thing being stocked at digikey is pretty rare.

Supposed I was in china and wanted to get 2000 how much would that cost?

Actually if I’d use a module instead of a cpu/mcu then I won’t be limited by the kind of requirements like built in ram etc. But I could go for any kind of cpu, as the module designer took care of all the high freq./impedance controlled stuff, as well as BGA soldering.