It comes with most of the features found in the company’s Maker Pi Pico board, but in a much more compact form factor, since the add-on board is only slightly larger than the Raspberry Pi Pico to allow for soldering using the castellated holes.

The board also supports Arduino and MicroPython if CircuitPython is not your thing… Cytron sent us the MAKER-PI-PICO-MINI-W model which ships with three Grove to JST-SH (Qwiic / STEMMA QT) cables, and two 20-pin make headers. 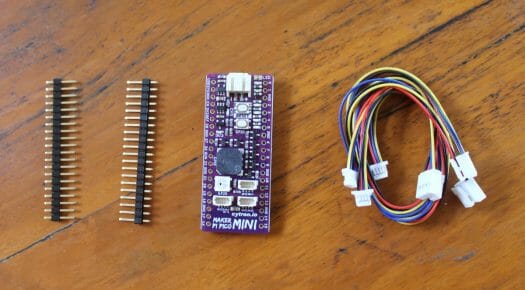 But since we wanted to make a project, the company also sent a battery and display, and we’ve given the kit to a local maker school who will write a guide showing how to use sensors, as well as display sensor data on the LCD and in the Blynk IoT platform. [Update: Finally the tutorial ended up being an Internet-connected weather station programmed with the Arduino IDE] 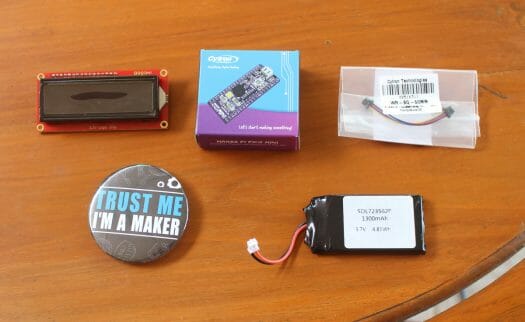 Cytron sells the Maker Pi Pico Mini on their online store for $8.90 to $14.40 depending on options.  You’ll also find resources to get started there.