Once upon a time mini PCs were powered by low-power processors for fanless or near-silent operation, but in recent years, companies have started to integrate faster and faster powerful into the mini PC form factor. The Beelink GTR6 may be one of the most powerful mini PC so far thanks to the AMD Ryzen 9-6900HX CPU. 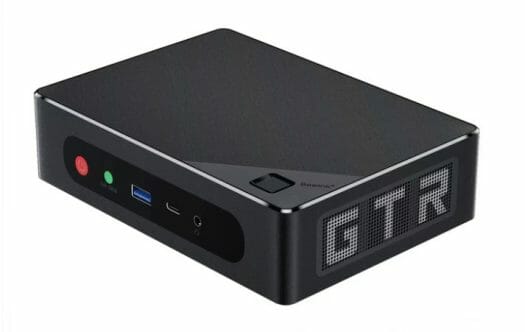 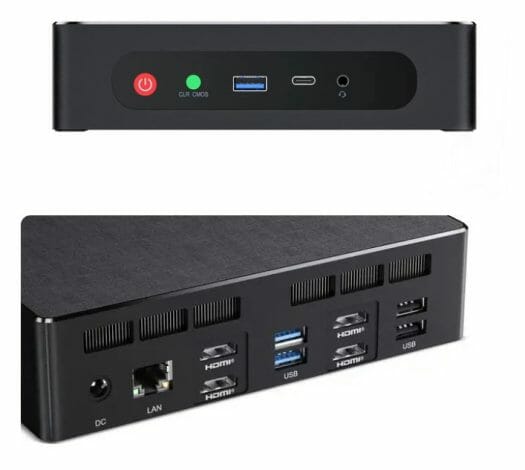 Beelink announced the mini PC on Facebook with minimal details, but I got additional information from a reseller, who told CNX Software the GPU performance exceeds that of many entry-level desktop graphics cards and the system can run almost all AAA games smoothly at Full HD resolution. Cooling might be challenging, but Beelink commented “GTR6 TDP full form!!! NO Locked” in their Facebook announcement.

Beelink GTR6 will be sold as a barebone mini PC or a full system with 32GB RAM, 512GB SSD pre-loaded with Windows 11 Pro. We were told that people could also install Linux distributions of their choice such as openSUSE, CentOS and Ubuntu by themselves. Pricing has not been disclosed yet, but for reference, the Beelink GTR5 mini PC with an AMD Ryzen 9 5900HX processor is sold for around $665 with 32GB RAM and a 512GB SSD, so we should expect the GTR6’s price to be slightly higher. [Update: The GTR6 is now up on the Beelink store for $539 for the barebone model and $749 with 32GB DDR5 and a 512GB SSD. Shipping will start on November 15]

I think these PCs should have external antenna for Wi-Fi, and a separate 3.5mm jack for a microphone. Your mileage may vary on the 4x HDMI ports and single Ethernet.

It uses DDR5, so that will add to the price. Also, 8-core Rembrandt chips should be in high demand because of the graphics uplift.

You can use a splitter for the 3.5mm port if you need separate input/output devices. And vice versa for devices that have separate ports when you want a single one.

Besides pre-orders on the Beelink shop, I can also see the mini PC listed on Indiegogo:
https://www.indiegogo.com/projects/8k-mini-pc-beelink-gtr6-ryzen-9-6900hx-8-cores/x/1760545

Was almost starting to get worried they’d only become available by the time Intel would be releasing Meteor Lake.

Seriously considering preordering it. Or should an Euro wait for EU channels? There’s also the ASUS PN53 but if it’s €400 more expensive I’m willing to risk it with Bee-Link.

USB 4 seems to be a missed trick.
Would be a beast of a gaming machine with an eGPU.
Hopefully they’ll make a GTR6.1 in the near future.

Just something to consider. But the prices for the GTR6 seem reasonable.