Stephan Rafin has recently released a new XBMC image for Freescale i.MX6 based Wandboard development boards (dual and quad only) and Utilite computers. The images have been built with Yocto 1.5 (Dora) released last month, and are based on XBMC Gotham Alpha 9, the latest alpha before feature freezes. That means this is not a stable image just yet, but features won’t change, and this version of XBMC is now going though bug fixes. Stephan’s XBMC image includes the following: iMX6 hw accelerated decoding (VPU) for most standard formats iMX CEC support (for utilite only as wandboards are not properly wired) WIFI configuration thanks to network manager addon Support for HDMI/SPDIF/Analog sound outputs (including pass-through for HDMI and SPDIF) SMB/NFS/uPNP network shares and other standard XBMC features Bug fixes against previous version – No more transient black screens, trick modes (ffwd, frwd, ..) are now working, and smoother video playback. […] 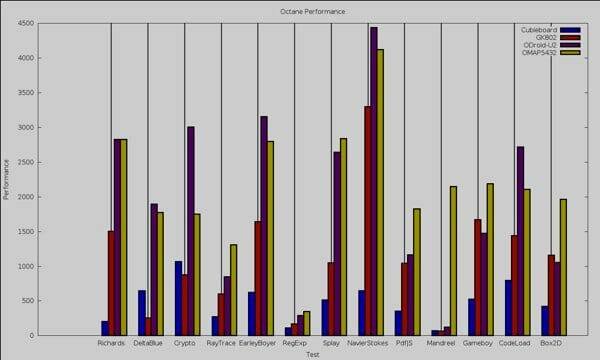 Texas instruments and SVTronics announced an OMAP5 evaluation board a couple of months ago. The board features OMAP5432 dual Cortex A15, dual Cortex M4 SoC, 2GB RAM, a 4GB eMMC module, USB 3.0, SATA and more. SVTronics sent a board to Linux.com, where they wrote a short review, followed by an article benchmarking the OMAP5 EVM against AllWinner A10, Freescale i.MX6, Exynos 4412 Prime, and TI Sitara platforms, namely Cubieboard, GK802, ODROID-U2, and BeagleBone Black, all running Linux. Ben Martin, the writer, also benchmarked the board against a Linux PC powered by an Intel Core i7-2600K processor (4 cores, 8 thread, clocked at 3.4GHz, with a turbo frequency up to 3.8GHz). The board used was an early version, clocked at 800MHz, and later in September, all boards will be clocked at 1.5Ghz, so for benchmarks that stress the CPU, you could expect almost double the performance. With that in mind, […] 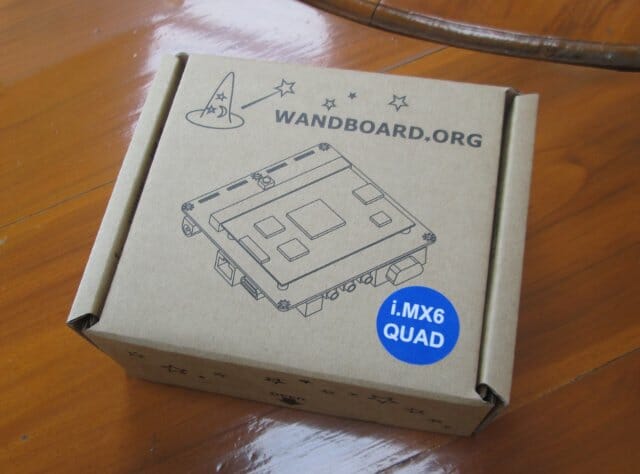 After my review of the Wandboard Dual in February, I’ve now received Wanboard Quad development board  powered by Freescale i.MX6 Quad Cortex A9 processor, with 2 GB RAM, HDMI output, Gigabit Ethernet, and SATA. The board is available from several distributors including Mouser ($139), DigiKey ($144.38) and FutureElectronics ($125). I’ll start by showing some unboxing pictures of the board, as well as pictures of Wandboard Dual and Quad side-by-side. Then I’ll explain how to install Android and Linux on the board, build the images from source, run some benchmarks, and test different features. Wandboard Quad Unboxing Ive received the board via UPS in a large box that contained the package below. This is exactly the same as Wandboard Dual, except for the sticker. There’s just the board inside the package, and it would just look like Wandboard Dual with all connectors on the top, and the EDM module at the back, […]

Yesterday, Stephan Rafin left a message on Wandboard mailing list saying he had released a preliminary (Linux) XBMC image that can run on Wandboard Quad development board. GPU and VPU acceleration work, but this is still work in progress, so if you want something that just works, this is not for you. But if you just want to give it a try, it should work on any hardware based on Freescale i.MX6, such as Wandboard Dual or GK802 mini PC, with some minor modifications. If you’ve got a Wandboard Quad board, the installation is straightforward from a Linux machine: Download the SD card image Decompress it with xz or 7x:

Dump the resulting to a 2GB or greater microSD card:

Where /dev/sdx is the sdcard device (e.g. /dev/sdc). You can check with lsblk command. If you’ve got a machine running Windows only, you can use Win32DiskImager for step […] 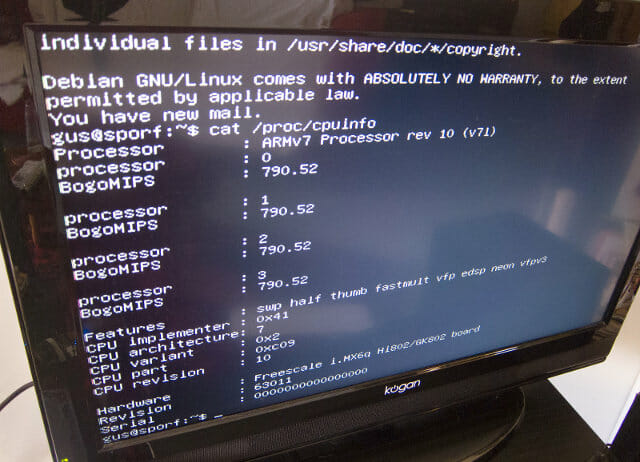 We’ve had Ubuntu support on i.MX6 HDMI dongles, specifically HiApad Hi802 and Zealz GK802, for a little while,  but for those who prefer Debian distribution, a Debian installer is now available thanks to Angus Gratton. Bear in mind that 2D/3D GPU acceleration is disabled in order to save 192MB RAM, as this image is mainly destined to server and/or robotic applications. If you need a desktop experience with GPU acceleration, you’d have to use Ubuntu, or you may try enable it in Debian, and see if it works, but this has not been tested. The instructions below are to be used with the internal microSD card, but if you’re ready to hack a bit around, it might be possible to run the installer from an external microSD or USB device thanks to Jasbir’s U-boot multiboot. You’d still need to use an internal microSD, but you’d only have to open the […]

After releasing a pretty good Ubuntu 11.10 image with both VPU and GPU acceleration for Freescale i.MX6 based HDMI dongles last month, Jasbir (aka jas-hacks) has released an Ubuntu 12.04 image with GPU support thanks to the help of Octavio (Yocto Project contributor), and Wi-Fi support. It’s possible to select Unity 2D or Xubuntu desktop, and Chromium and Neverball, a 3D ball game, are part of the image. There’s still more work however, as VPU (Video Processing Unit) support is work in progress, Bluetooth does not work yet, and OpenGL ES test programs such as glmark2-es2 or es2gears do not work properly with Xubuntu, even though they do work fine with Unity 2D. Jasbir uploaded a video showing Neverball 3D game in GK802, and it works pretty good, although the framerate does not seem optimal for now. If you want to give this image a try, install GK802 Ubuntu 11.10 […] 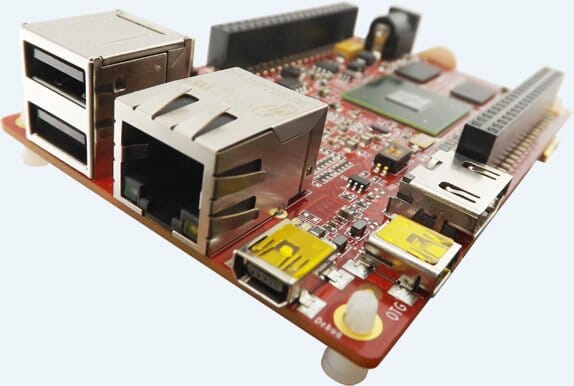 Ian MORRISON (linuxium) has tested Linux with several mini PCs powered by different processors. The main point of his tests was to evaluate the performance difference between running Ubuntu 12.04 natively, or in a chroot in Android using tools such as Complete Linux Installer. I previously tried Linux on Android in ODROID-X, and found the applications start time when running from an low-end SD card pretty dismal, and the graphics performance poor.  Ian had a different approach, and decided to use a subset of Phoronix Suite benchmarks to compare different hardware / software combination and posted the results in “mini PCs” G+ community. There’s a lot of data, and analyzing the results is not really straightforward without spending some time looking at the data. In this post, I’ll explain how the tests have been conducted, explain the results and try to draw a conclusion. Mini PCs and other Hardware Under […]