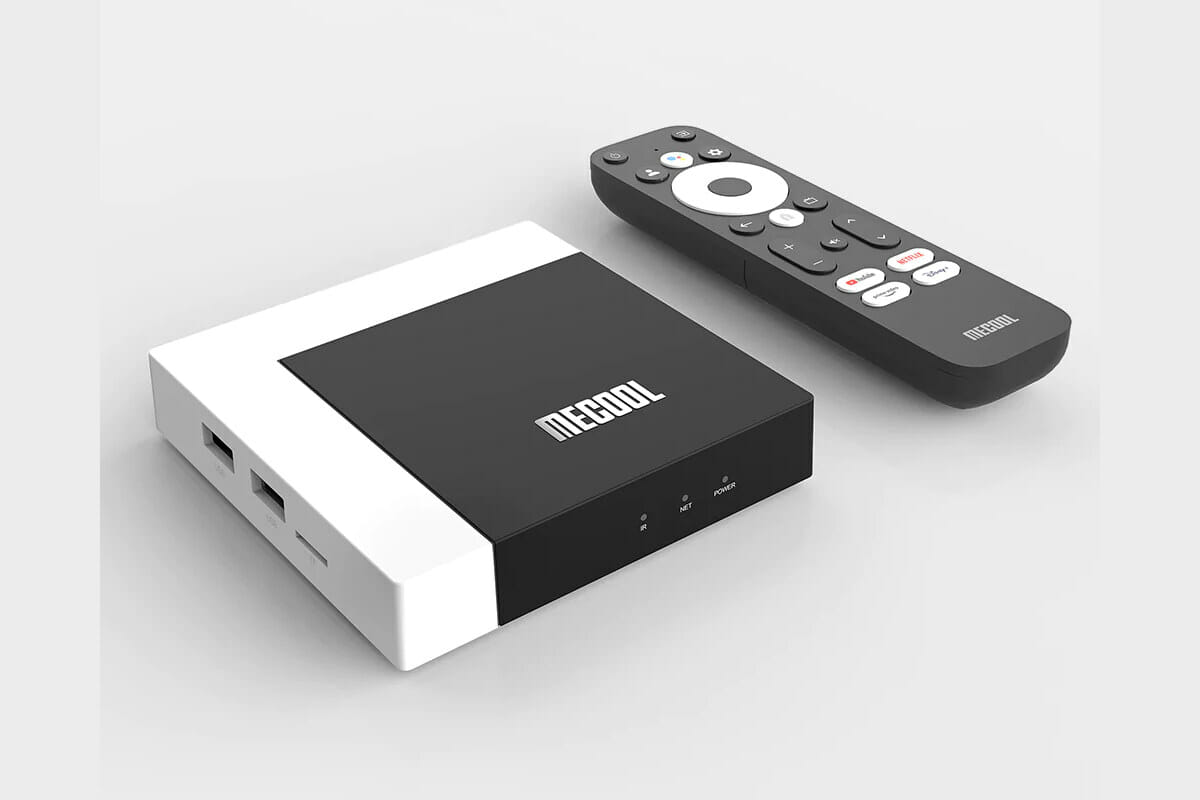 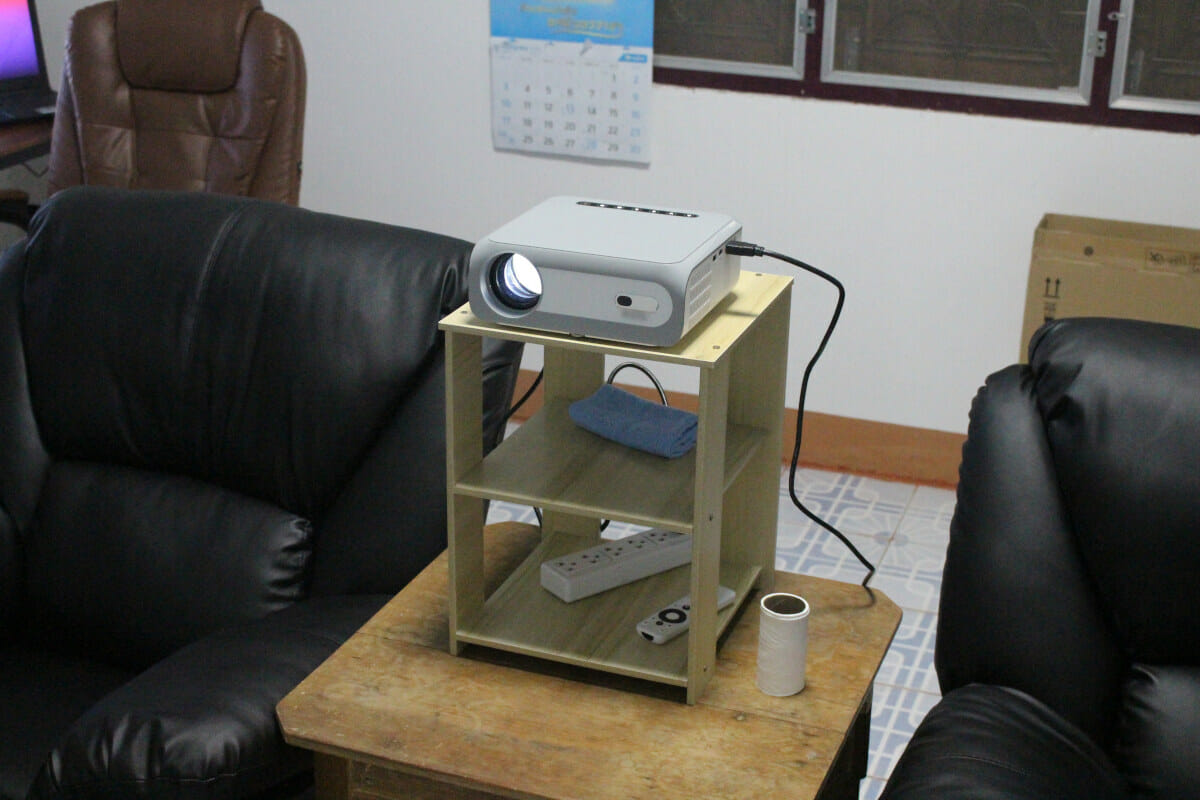 In the first part of MECOOL KP1 smart projector review, I checked out the package content, projector design, and integrated HDMI stick running Android 11 TV, before going through the setup wizard, and trying the projector with Android 11. I’ve now spent more time with the device, so I’ll report my overall experience. The best way to install the projector is probably to mount it on a ceiling or a wall, but in my case, I just placed it on top of a shelf itself placed on top of a table to adjust the height for a comfortable viewing experience from our comfy seats. As we’ve seen before, the projector will boot directly to the Android 11 TV launcher from the included MECOOL KD5 TV stick. Android 11 TV OS runs on top of Linux 5.4.125, as we can see it’s a Hailstorm device that’s certified for Netflix and an […] 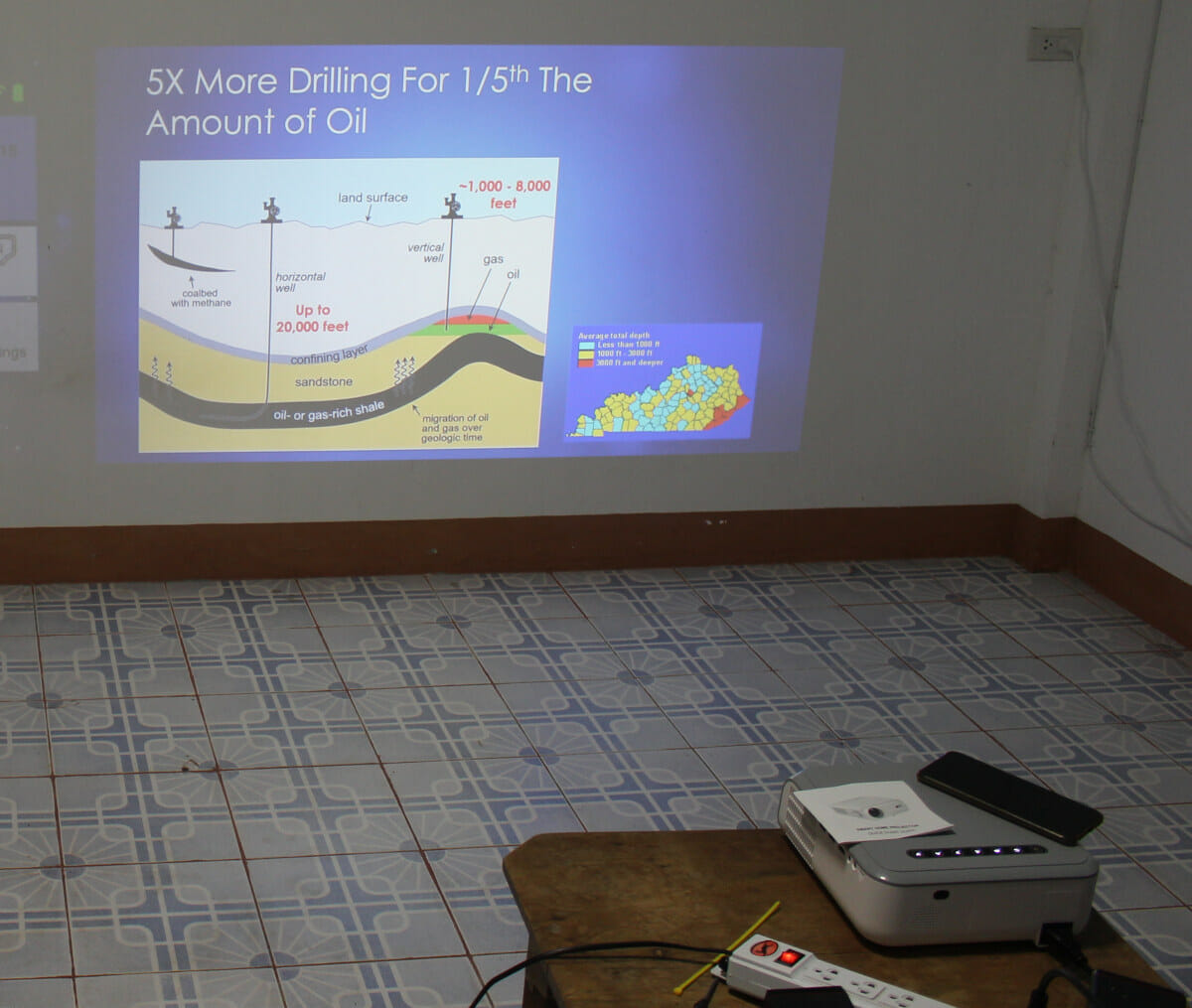 I’ve just received a review sample of the MECOOL KP1 smart projector with Full HD resolution that ships with an integrated “MECOOL KD5” Android 11 for TV HDMI stick powered by an Amlogic S805X2 processor. The company sent me a sample for review, and in this first post, I’ll check out MECOOL KP1 hardware and give it a first try, before reporting my experience in more detail in the second part of the review. MECOOL KP1 unboxing First, it’s not one of those mini projectors, as the package is fairly large… The device with with HDMI and AV (RCA composite + stereo audio) cables, a remote control, the power cord, and a quick starter guide. The right side of the side comes with the focus wheel and a dust filter. The rear panel includes one IR window, what should be holes for a speaker, and the power input. There’s also […] 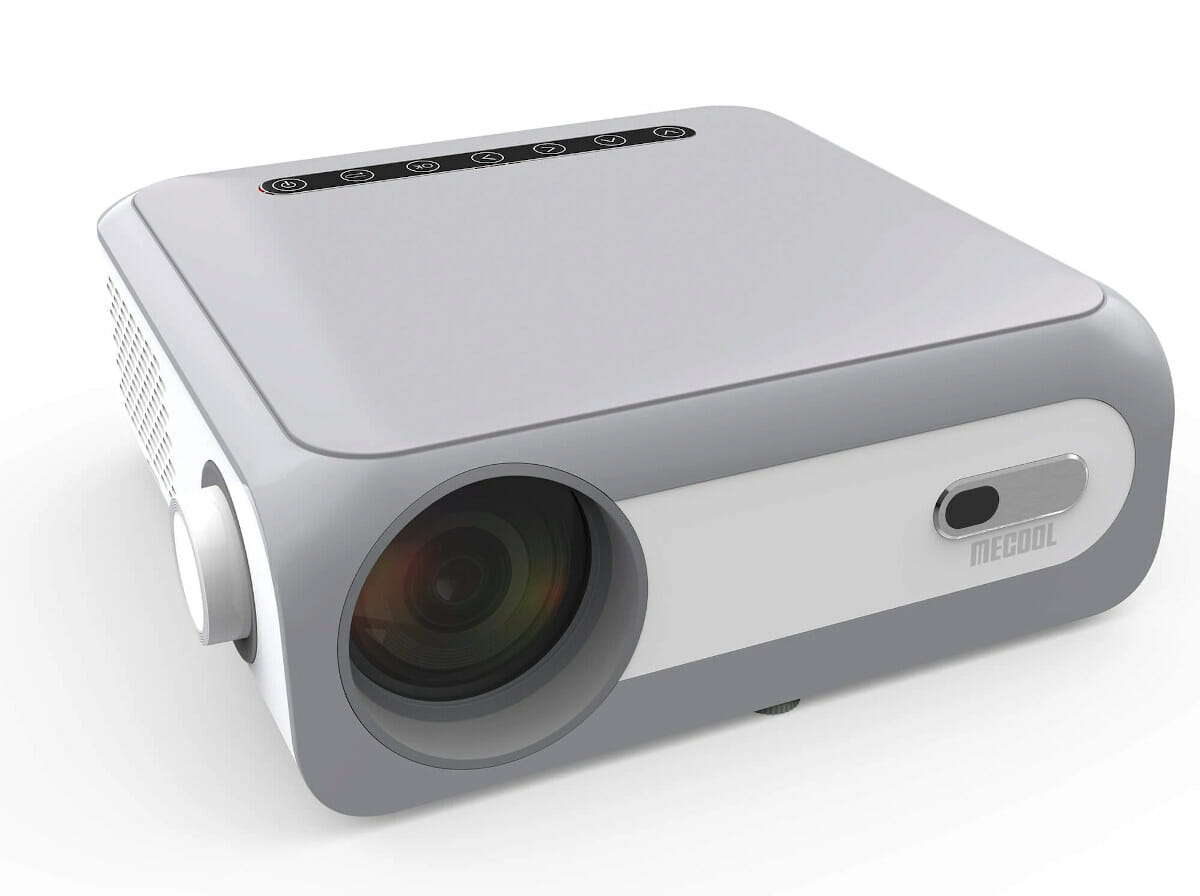 MECOOL KP1 is a Full HD projector equipped with the MECOOL KD5 HDMI dongle powered by an Amlogic S805X2 quad-core Cortex-A35 processor with 1GB RAM and 8GB flash and running Android 11 for TV. Most Android projectors are equipped with a low-end processor accompanied by an outdated version of Android, and while the Amlogic S805X2 SoC found in the KP1 is not a workhorse, Android 11 for TV OS should make it useable for a few more years, and it might even be possible to upgrade the TV stick down the road. MECOOL KP1 specfications: TV Stick – MECOOL KD5 with SoC – Amlogic S805X2 quad-core Arm Cortex-A35 processor with Arm Mali-G31 MP2 GPU, 1080p60 10-bit AV1, H.265, VP9 P-2, H.264, AVS2, MPEG4/2/1 video decoder System Memory – 1GB LPDDR4 Storage – 8GB eMMC flash Video Output – HDMI 1.4 port Connectivity – Dual-band WiFi 5 and Bluetooth 4.2 OS […] 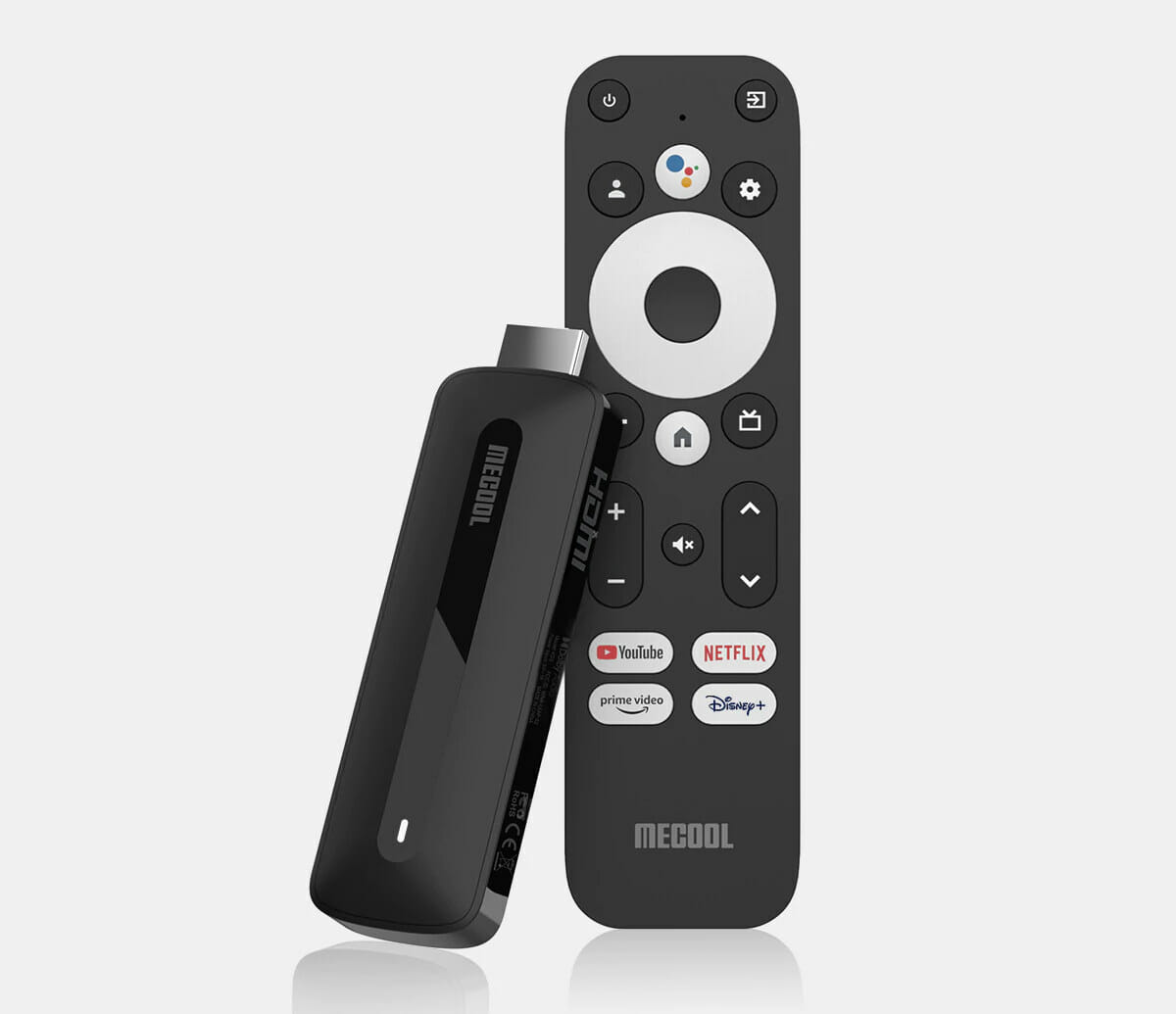 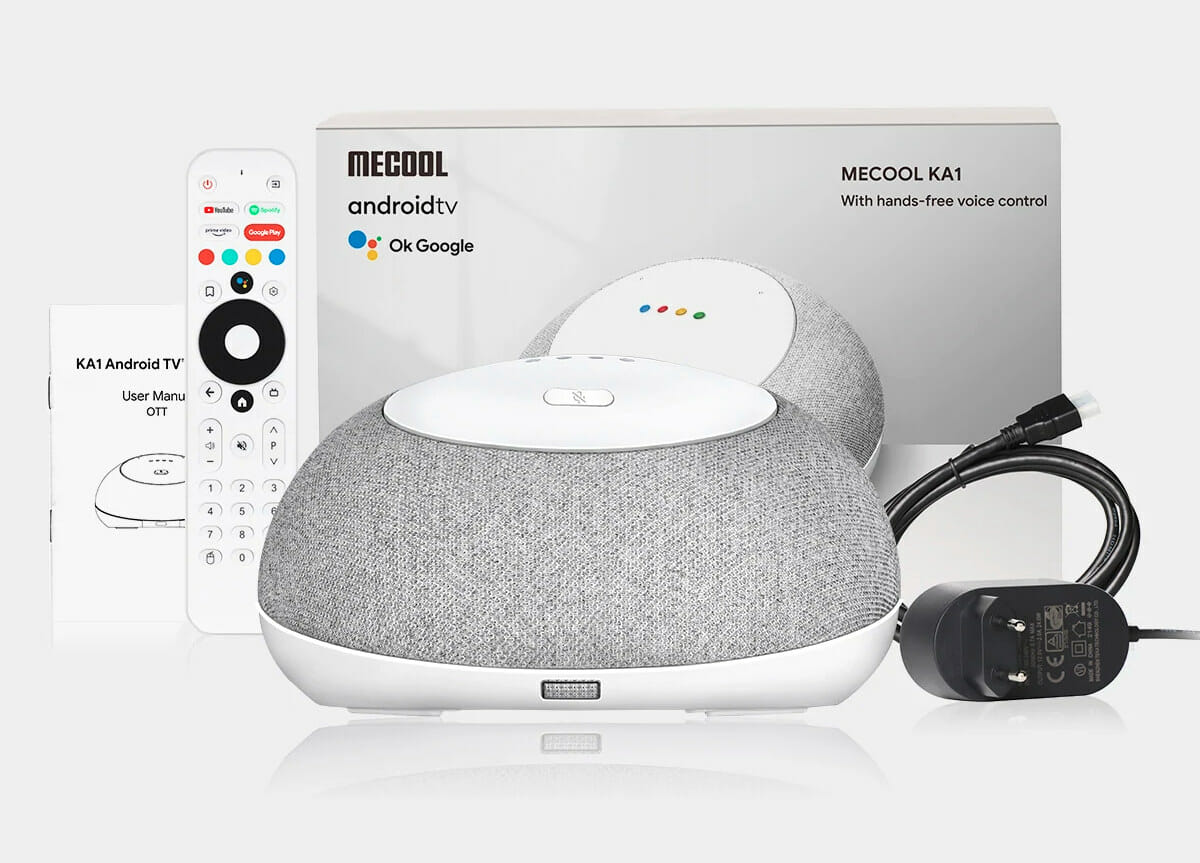 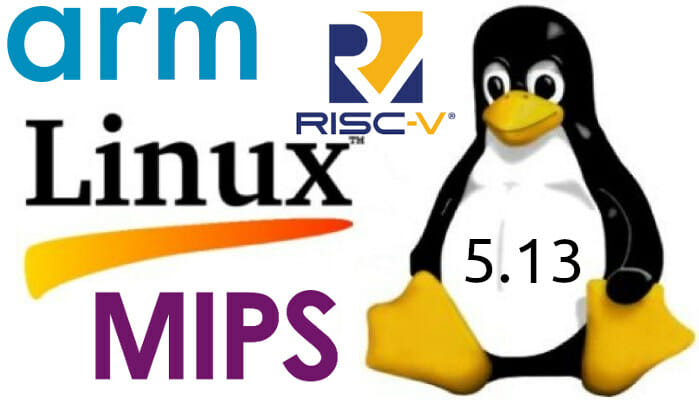