Amlogic S905X4 TV boxes such as Mecool KM6 have already been available for a few months with the main selling being support for 4K AV1 video hardware decoding.

But if you’d like to watch AV1 YouTube or Netflix videos, and also get free-to-air channels using older codecs, Mecool KT1 adds a DVB-T2 TV tuner that works in the EMEA region, some Asian countries, Oceania, and a few other countries that adopted the standard. 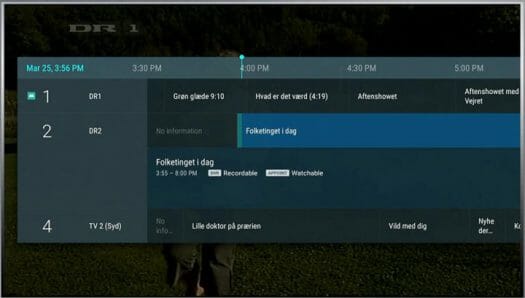 Mecool KT1 is sold for $79.99 with free shipping on Aliexpress. That is if you order from Thailand because if I change the country to the US, the price increases to $86.99 also with “free shipping”

and they haven’t upgraded to a new standard? How do people watch free channels?

Nope nothing… It was determined that less than 2% are using it and that it’s not an economic use of the tv fees. Now there is besides cable tv and tv subscriptions bundled with internet access only services like zattoo andd apps or webpages with streams of the tv stations. Or some national encrypted platform on eutelsat against a one time fee. Quite a nuisance, especially for my parents, but that’s life. Another bad thing is that the neighbouring country also switched dvb-t to t2 and must have changed TX locations and/or power levels, so no more foreign channels either.… Read more »

“here” would in the future be anywhere, better for politicians to privatise, not run after the TV tax, just get the flat VAT from the privatised provider.
Even if the provider is a multinational using fiscal paradises, to avoid tax on the profits.

I hope the 4GB RAM version would have 1000Mbits LAN.
How much are the savings in $ cents, for sticking to 100Mbits/s LAN

Only DVB-S2X would have sens in my “here” region.

Until they include a Atsc 3.0 tuner in the box is basically a waste of money. Why spend that kind of money for it to be obsolete in a year or so.

is there any box with hbbtv support?

I am wondering as well. Does anyone know? Thx

The UI is very nice with the condensed font.

Is this box certified with Google? So 4K, Widevine L1 etc. are available?

Yes, the company says it is certified.

Thanks, this is promising, I could compare it to some X2 devices from my market. A decent DVB support is still a struggle for producers…

no in this box just in Mecool KM2

then you will also need a smartcard in the box …