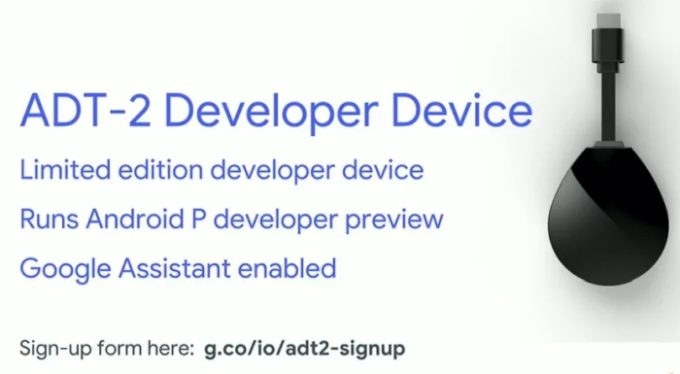 You may remember we covered a “4K ATV Stick” last month, as a mostly unknown manufacturer (Shenzhen SEI Robotics) applied for FCC certification, with the device featuring a large G marking, leading some to speculate it may be an upcoming Google device. At the time, I dismissed it, and believed if was just another Chinese “Android TV” or “Android” TV device, but Google has now released a similar looking Android device which probably means I was wrong… It’s not a consumer device however, and after Google ADT-1 Android TV developer kit launched in 2014, Google has now unveiled ADT-2 developer device that runs Android P developer preview with Google Assistant. ADT-2 OTT HDMI stick specifications: SoC- Amlogic S905X quad core Cortex A53 processor with Arm Mali-450MP GPU System Memory – 2GB RAM Storage – 8GB eMMC flash Video & Audio Output – HDMI 2.0a with HDCP 2.2 support Video Decoding – VP9 Profile-2 up to 4K2K @ 60 fps, H.265/HEVC […] 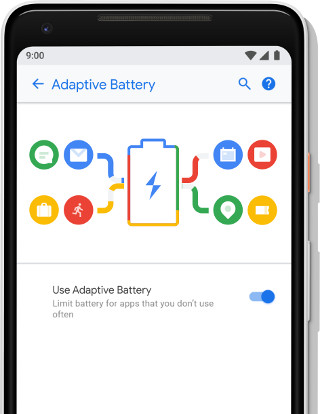 Last March, Google released Android P developer preview with new features such as indoor positioning with WiFi RTT, support for display notch, HDR VP9, HEIF image compression, a new API to access two or more camera simultaneously and so on. Google I/O 2018 has just gotten started, and the company announced the release of Android P beta with yet more features,  and support for phones from more manufacturers. Some of the most notable features include: Adaptive Battery uses machine learning to prioritize access to system resources for a user’s most commonly run apps, and places each app in four “buckets” ranked from “active” to “rare”. Apps will change buckets over time, and apps not in the “active” bucket will have restrictions for jobs, alarms, network and high-priority Firebase Cloud Messages. App Actions will also use machine learning to show actions for specific apps depending on context. For example highlighting “Taylor Swift” text will not only show  a contextual menu with Copy […]