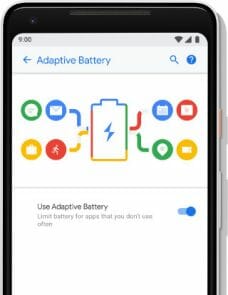 Google I/O 2018 has just gotten started, and the company announced the release of Android P beta with yet more features,  and support for phones from more manufacturers.

Some of the most notable features include:

Another interesting feature, maybe not directly related to Android P per se, but the way apps are distributed is Android App Bundle & Google Play Dynamic Delivery which will only download required resources on a given phone. So instead of download a large apk with all languages, architectures, and images, the app will be delivered smartly with just one language (e.g. English), the binary specific to the architecture of the phone (e.g. ARM64), and resources & images matching your phone’s screen resolution (e.g. hdpi).

Google developer previews and beta versions of Android only used to work on their own Nexus or Pixel phones, but for Android P beta, the company included phones from other manufacturers:

Google’s Pixel 2, Pixel 2 XL, Pixel, and Pixel XL are also supported, and you can download the beta images for the supported here.

I’m glad to see they opened up the beta images. That goes a long way to address the ‘where’s the cheap nexus phones for developers’ issue. Thanks, google!

The rest of that stuff is a mix of “oh, plese no” and “most vendor ROMs already do something like that”. As long as some of that stuff can be turned off, I guess it’s no harm.

They could support more phones this year thanks to Project Treble as explained @ https://android-developers.googleblog.com/2018/05/faster-adoption-with-project-treble.html

Yes, if they already have some phones tha adopted Treble with Nougat, then this could explain the nice (but still small) selection of phones with P-previews.

Not what I’d call a super thrilling set of features, but it’s still pretty sweet. people are speculating what it will be in the end, but it’s pretty clear that nothing game-changing is happening with P.Still, it’s going to be pretty sweet.