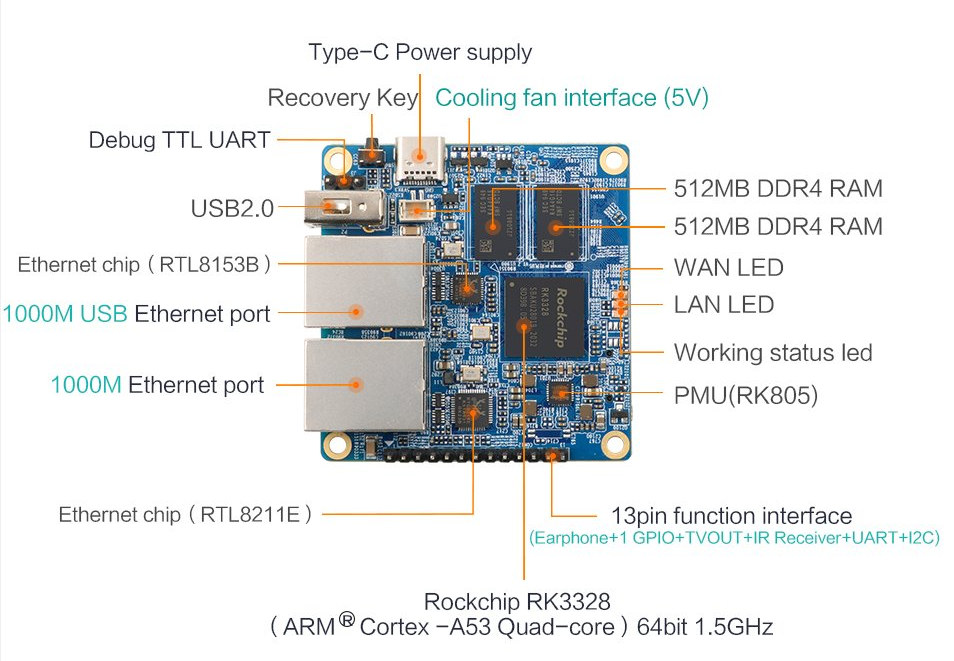 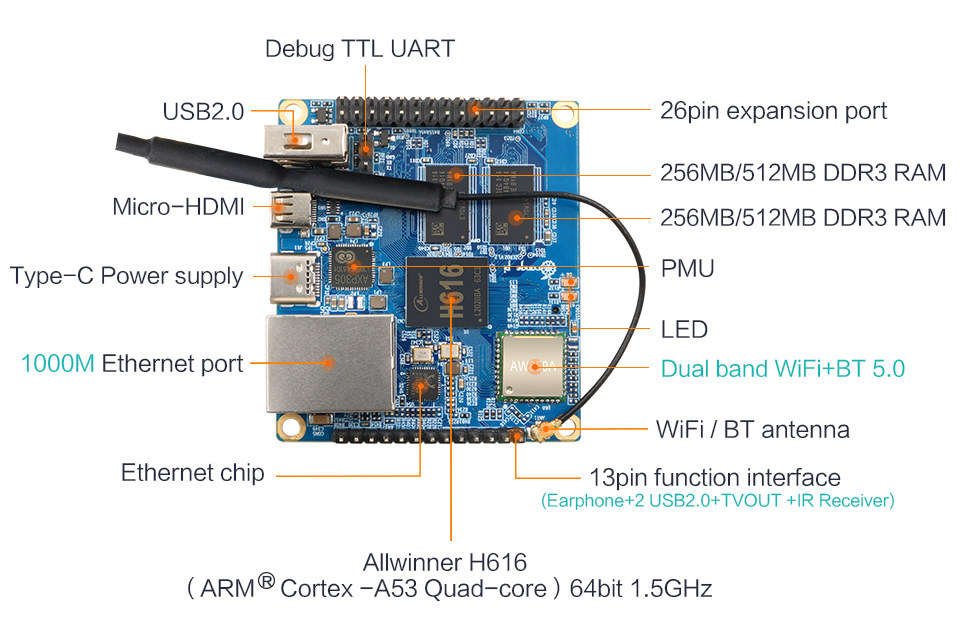 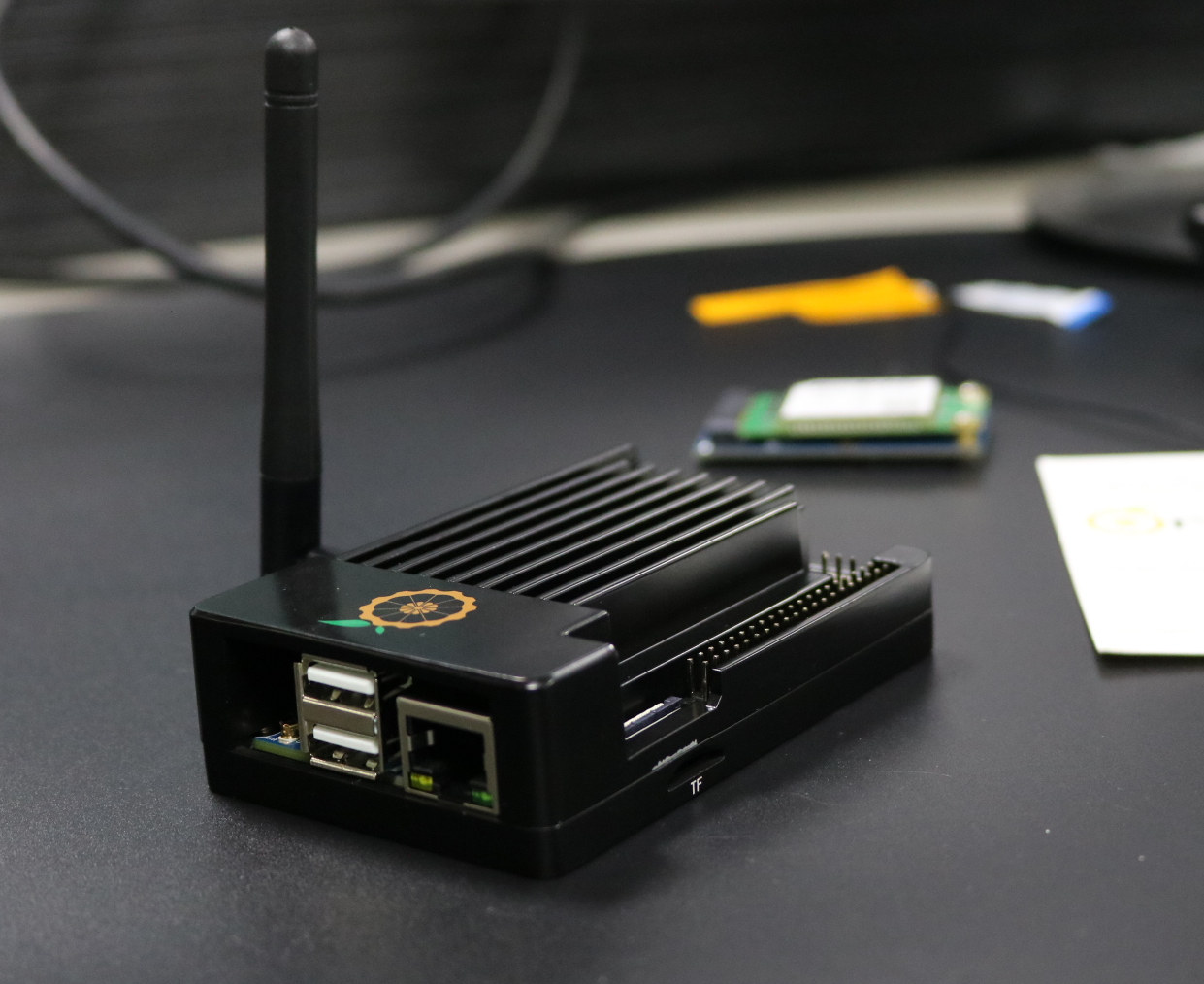 Orange Pi 4 and Orange Pi 4B, the latter further adding a Gyrfalcon 2801S AI accelerator chip, were launched in late 2019 for as little as $50 with 4GB RAM making those some of the most affordable Rockchip RK3399 SBC’s on the market. Since then, Shenzhen Xunlong Software launched some extra accessories for the board including a PCIe expansion board with a mini PCIe socket, and a SIM card slot, and very recently a Rockchip RM310 4G LTE modem to go along. The latest addition is a metal enclosure made of aluminum alloy and suitable for either version of the board. The enclosure is fairly compact with fins on top for cooling and openings for the 40-pin GPIO header and PCIe connector. Talking about PCIe, it would have been nice if they also make a case capable of taking their PCIe adapter board, but that would be for another time. […] 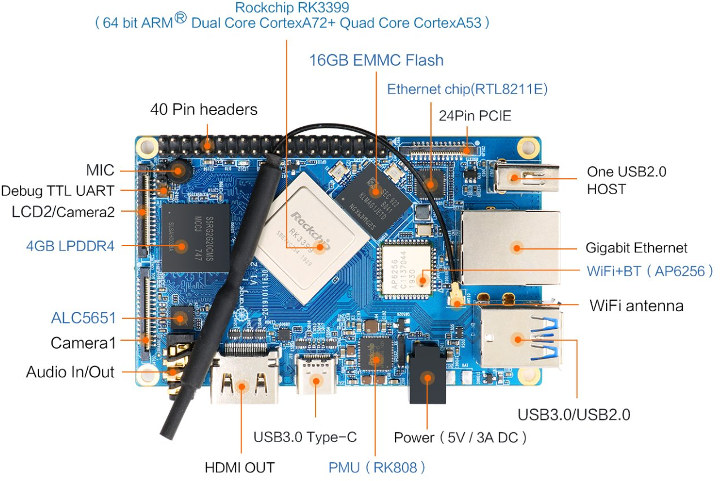 Orange Pi 4 is yet another Rockchip RK3399 SBC with 4GB RAM, while Orange Pi 4B adds Gyrfalcon Lightspeeur 2801A AI Accelerator. Both models were announced about 10 days but were not for sale just yet. The company has now launched the board on both Aliexpress and their newly opened Amazon store with three options: Orange Pi 4 with no eMMC flash – $49.90 Orange Pi 4 with 16GB eMMC flash – $59.90 Orange Pi 4B with 16GB eMMC flash, Gyrfalcon NPU – $69.90 Quick reminder of Orange Pi 4/4B specifications: SoC – Rockchip K3399 hexa-core big.LITTLE processor with two Arm Cortex A72 cores, four Cortex A53 cores, and an ARM Mali-T860 MP4 GPU with support for OpenGL ES 1.1 to 3.1 support, OpenVG1.1, OpenCL and DX 11 System Memory – 4 GB LPDDR4 Storage – Optional 16 GB eMMC flash, micro SD card NPU (Orange Pi 4B only) – Gyrfalcon […] 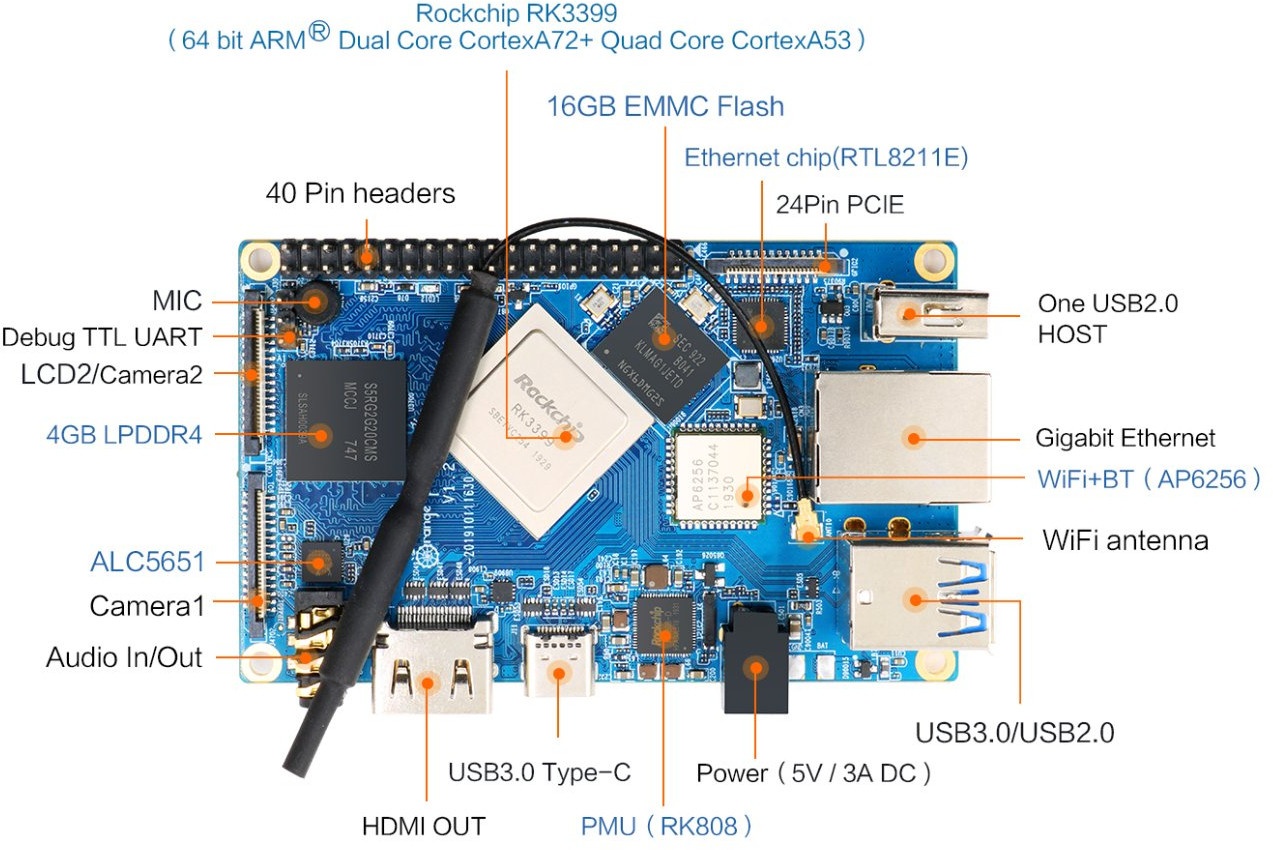 Shenzhen Xunlong Software’s Orange Pi RK3399 single board computer launched in early 2018 with 2GB RAM for $109, and earlier this year, the company launched an updated version with 4GB RAM and a lower $99.96 price tag. But there are plenty Rockchip RK3399 SBC’s on the market, including FrienglyELEC NanoPi M4 going for $50 and up ($75 with 4GB RAM), and Pine64 RockPro64 board starting at $59.99 with 2GB RAM, and $79.99 with 4GB. So unless you need the extra features (HDMI Input, SATA port, mPCIe socket…) offered by Orange Pi RK3399, other boards may be more competitive. So the company has been working on lowering the cost with a smaller board. Meet Orange Pi 4. They’ve also provided some extra features with a variant of the board called Orange Pi 4B that adds a Gyrfalcon Lightspeeur 2801S AI accelerator chip/NPU. That says a lot that neither Rockchip RK3399Pro SoC […] 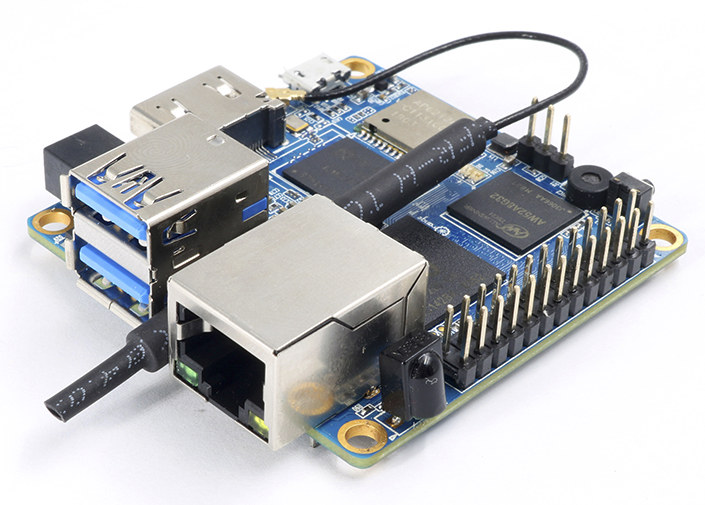 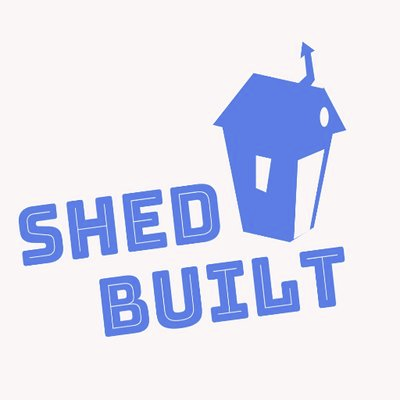 Most open source Linux distributions are only partially open source, as while most packages will be built from publicly available source code, they usually come with closed source binary blobs for GPU drivers,  wireless module firmware and so on. Shedbuilt is described as “a decentralized, self-hosting GNU/Linux for Arm devices built from the latest upstream sources”, and as the developer (Auston Stewart) explains – see comments section –  it does not contain any binary blob. Eventually the distribution may support more boards, but for now, the current System 1 “Amano” release supports four Allwinner H3/H5 boards: Orange Pi PC, Orange Pi One, Orange Pi PC 2, and Libre Computer ALL-H3-CC “Tritium”. Orange Pi Lite (with WiFi) and Libre Computer AML-S905X-CC “Le Potato” images are said to be coming soon. You can download the SD card images and access documentation on Shedbuilt.net. The Linux distribution relies on Shedmake script to automate […] 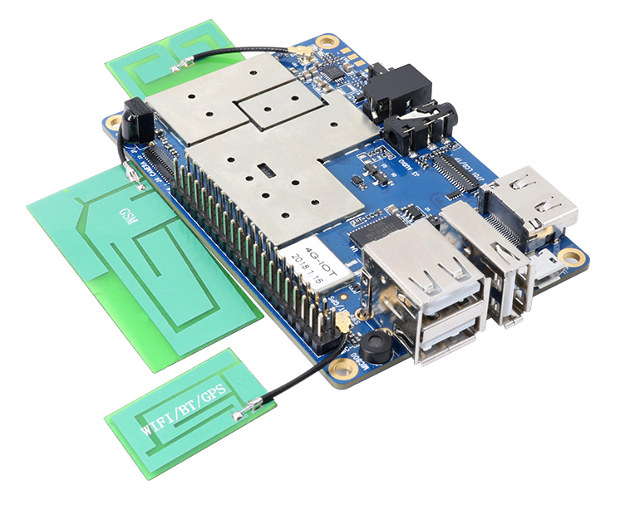 Last year, Shenzhen Xunlong Software launched Orange Pi 2G-IoT board for just $9.90. Pricing was incredibly aggressive for a cellular board, but AFAIK the RDA Micro processor used in the design had never been used with Linux so for many people using the board was a challenge (and maybe still is), and some countries have already started to sunset 2G networks. So it only made sense for the company to work on a 4G board, and that’s exactly what they have done with Orange Pi 4G-IoT now launched for $45 + shipping on Aliexpress. Orange Pi 4G-IoT specifications: SoC – Mediatek MT6737 quad core Cortex A53 processor @ 1.1/1.3 GHz with Arm Mali-T720MP1 GPU System Memory – 1GB DDR3 Storage – 8GB eMMC flash + micro SD slot Video Output – HDMI, LCD display interface with touch panel support Audio – 3.5mm earphone jack, built-in microphone Cellular Connectivity nano SIM […]