Giveaway Week 2021 is now over, and I’m ready to announce the winners. This year, CNX Software was joined by Rakwireless and Shenzhen Xunlong Software, as I did not have enough hardware to send out. I also had planned to give away Crowbits Master Kit, but when I realized the ESP32 module had a battery, I would have had to ask $100 just for shipping, plus having the risk of messing things up, since I’ve never sent devices with batteries with the new regulations.

Nevertheless, the void was filled thanks to the generosity of Rakwireless who offered a solar-powered LoRa GPS tracker, and Shenzhen Xunlong Software who proposed an Orange Pi R1 SBC with a plastic enclosure. 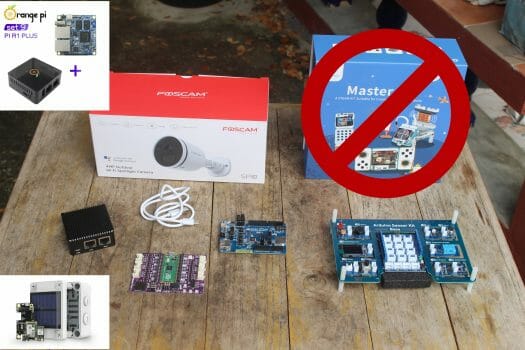 Let’s go through the list of winners located in four continents with Europe, North America, Asia, and Oceania represented: 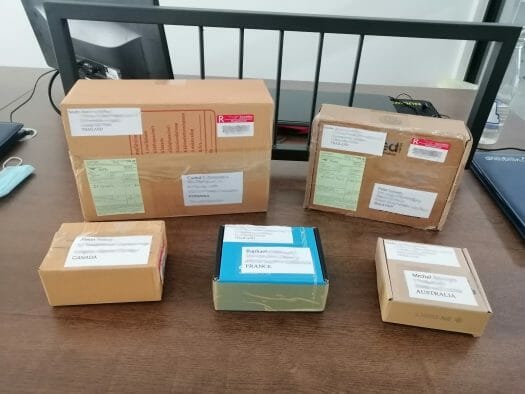 I’ve just sent five parcels this morning, RAKwireless shipped the tracker last week, and Shenzhen Xunlong Software will ship the Orange Pi R1S kit later today. I’m using relatively inexpensive shipping (small packet), and winners should receive their prize in two to four weeks. Just like every year, it was fun, let’s do it again in 2022.

Congratulations to all winners and have fun!

I find it amazing and wonderful that you have readers covering so much of the world!

Congrats to all and especially my fellow Romanian Codrut (that I don’t personally know). I love the fact that the winners are from all over the world. I have rarely seen such a nice list of winners. This list says a lot about your users. I will continue reading for as long as my eyesight will endure. I want to be able to tell my children or my nephews about the site that I have been reading for decades (hopefully at least one will be interested in gadgets as I am).

Very many thanks for brightening up our days with a site where the news can usually be counted on to be good (with very, very few exceptions). That goes doubly for your yearly giveaways (Santa for us older techies 🙂 ). Please pass on my thanks to RAKwireless and Shenzhen Xunlong for their donations, too.