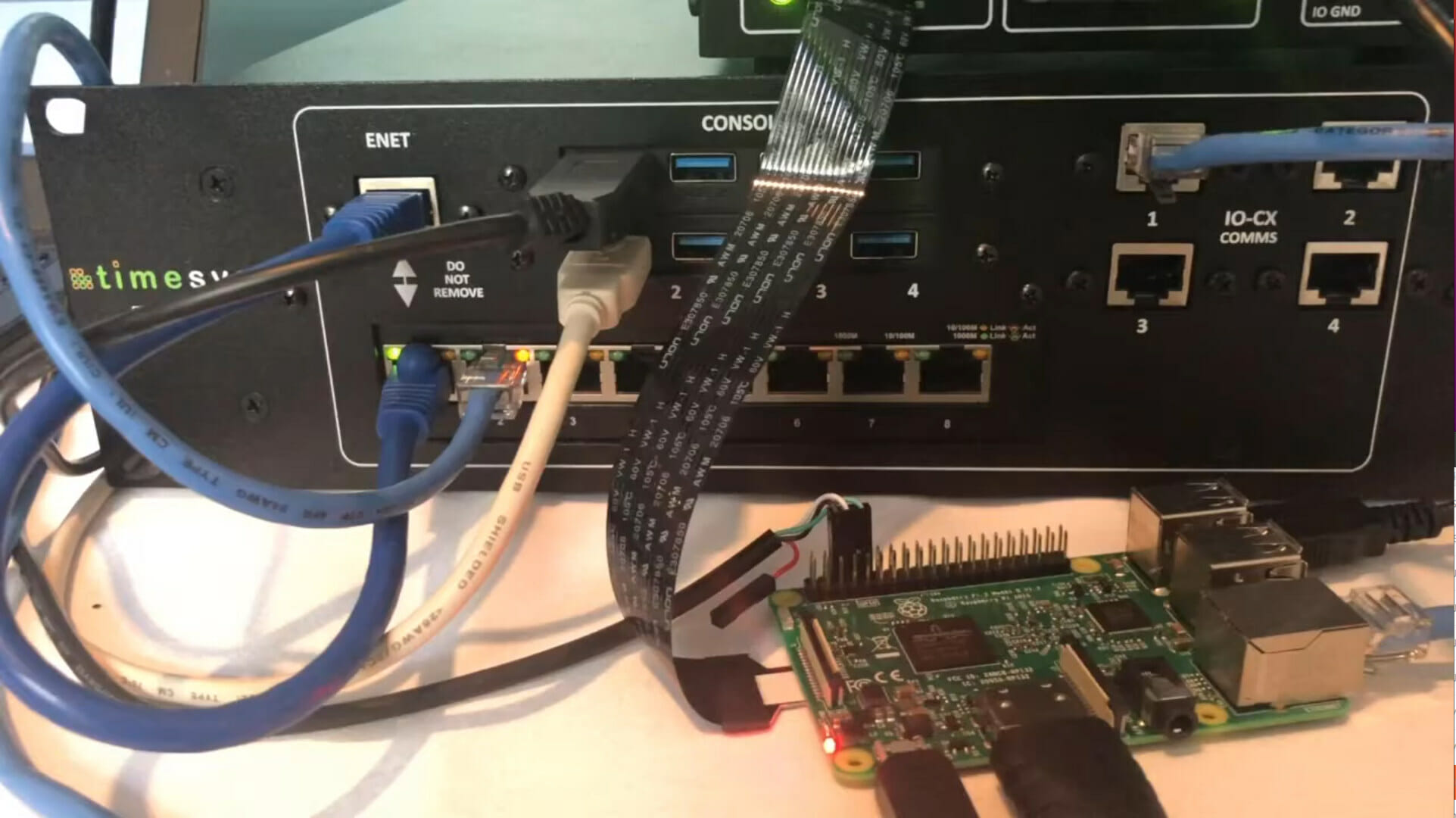 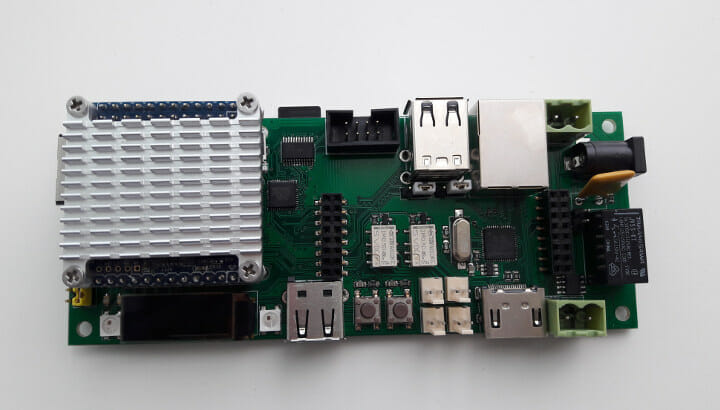 Product development often occurs in different location over the world, there may be one team in Asia, and another in Europe and the US. At the beginning, the number of working samples for a board may be limited,  so the project manager may have to decide who gets the boards since those may not be available to all teams. So it would be great if somehow there was a way to do remote testing of boards, so maybe the team in Asia could setup the testbed, used it during there time, and once they are back home, the US team can take over remotely to carry on their own development work on the hardware. That’s exactly what MuxPi board is all about. The solution provide remote access via the Ethernet port of a NanoPi NEO board, and connects to the DUT (Device under Test) via HDMI, Ethernet, USB and other […] 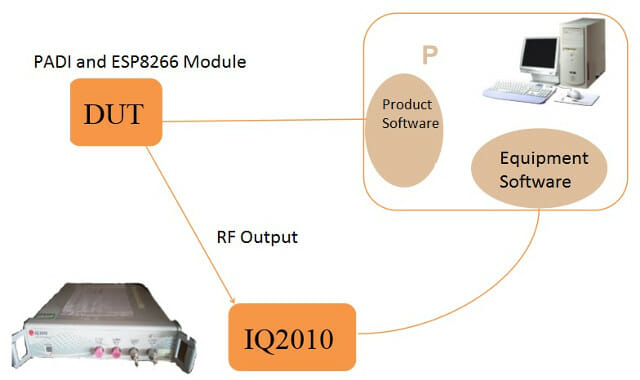 After I posted about PADI IoT Stamp IoT kit based on RTL8710AF ARM Cortex M3 WiSoC yesterday, I was soon asked whether I could compare the RF performance against ESP8266 modules like ESP-12. I don’t have any equipment to do this kind of test, except for some simple test like testing range with WiFi Analyzer app, but I remember Pine64 told me they had some comparison data a little while, and accepted to share their results. The test setup is comprised of Litepint IQ2010 multi-communication connectivity test system and PC software, as well as the device under test (DUT) with PADI IoT Stamp (version with u.FL antenna connector) and ESP-07 ESP8266 module as a u.FL connector is required to connect the test system. They’ve tested 802.11b, 802.11g, and 802.11n, but for IoT projects 802.11b is the most important as usually long range is more important than data rate. Test results […] 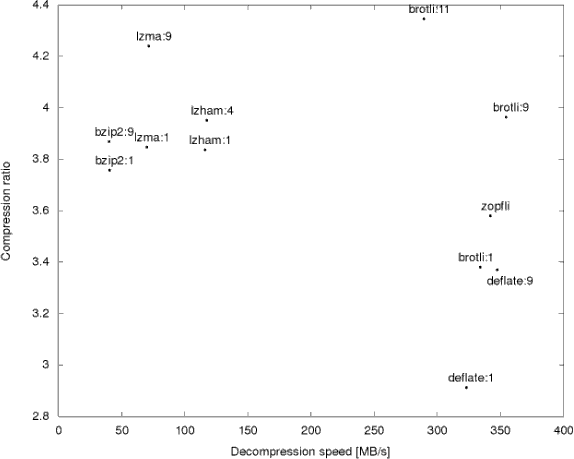 After Zopfli, Google has now announced and released Brotli, a new compression algorithm to make the web faster, with a ratio compression similar to LZMA, but a much faster decompression, making it ideal for low power mobile devices. Contrary to Zopfli that is deflate compatible, Brotli is a complete new format, and combines “2nd order context modeling, re-use of entropy codes, larger memory window of past data and joint distribution codes” to achieve higher compression ratios. Google published some benchmark results comparing Brotli to other common algorithms. Since the company aims to make the web faster, the target is to decrease both downloading time (high compression ratio), and rendering time (fast decompression speed), and Brotli with a quality set to 11 is much better than competitor once both parameters are taken into account. As you’d expect the source code can also be pulled from Github. So I gave it a […] 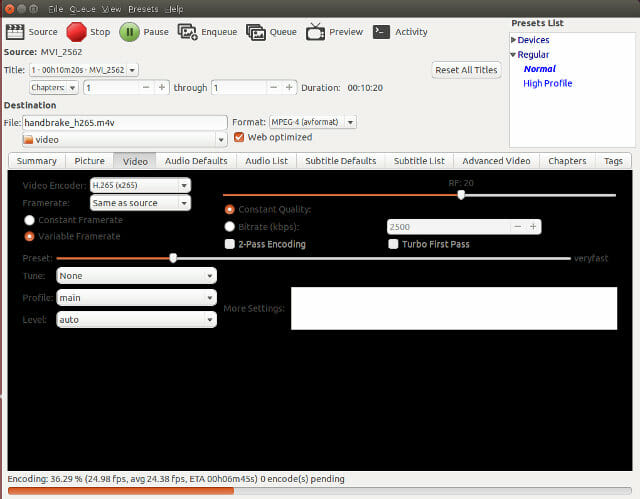 HandBrake is an open-source video transcoding tool that I use each time I upload a video on YouTube, simply because it will let me crop the beginning or end of a video as needed, can make web optimized videos, has an easy to use user interface, and greatly reduces the size of the video shot with my camera. HandBrake 0.10 has now been released, and it adds H.265 and VP8 encoding support via respectively x265 v1.4 and linbpx, as well as QuickSync video support, but the latter only in Windows. There are also various other changes include OpenCL accelerated scaling. Handbrake is available for Windows, Mac OS X, and Ubuntu operating systems. It’s part of Ubuntu repository, but if you want the latest version, and support for MPEG-4 (m4v), you’ll need to install it from a PPA:

I’ve tested with the video I shot yesterday, to see if I […]

Thomas Honold wrote an article published on EETimes giving 17 steps to safer C code. Not only this article provides tips to write safer C code, but I believe those steps are simply best practices when writing C code for embedded systems as they shorten the software life cycle by making it easier for a software team to write, debug and maintain code and by improving the software QA procedure. Here’s a summary of the 17 steps to achieve safer C code: Follow the rules you’ve read a hundred times: Initialize variables before use. Do not ignore compiler warnings. Check return values. Use enums as error types. Define an ENUM_MAX value at the end, so that the code to check the range does not have to be modified each time you add a new error code. Expect to fail Always assume there will be an error and set to default […]