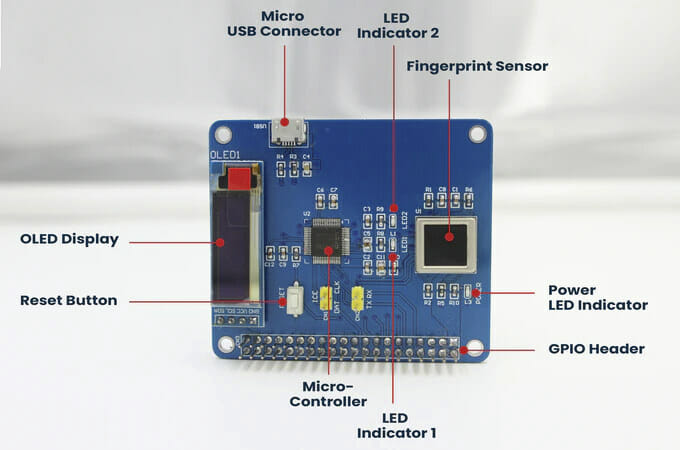 “There’s a HAT for that” they say, or something close to it… We’ve covered many HAT expansion for Raspberry Pi boards over the years, but so far, I don’t think we’ve seen any HAT with a fingerprint sensor, probable because tiny USB fingerprint readers are a thing. But if you’d like a HAT with a built-in fingerprint sensor, the guys at SB Components have you covered with PiFinger HAT equipped with a 2D capacitive fingerprint sensor and a small display. The expansion board is also powered by a Nuvoton Cortex-M23 MCU with Arm TrustZone support and on-chip crypto-accelerator. PiFinger specifications: SoC – Unnamed Nuvoton Arm Cortex-M23 microcontroller with Arm Trustzone (likely NuMicro M2351 since it’s made for fingerprint applications) Display – 0.91-inch OLED display Sensor – 2D capacitive fingerprint sensor with 176×176 resolution connected to MCU over SPI Host interface USB to computer UART up to 115,200 baud + GPIO […] 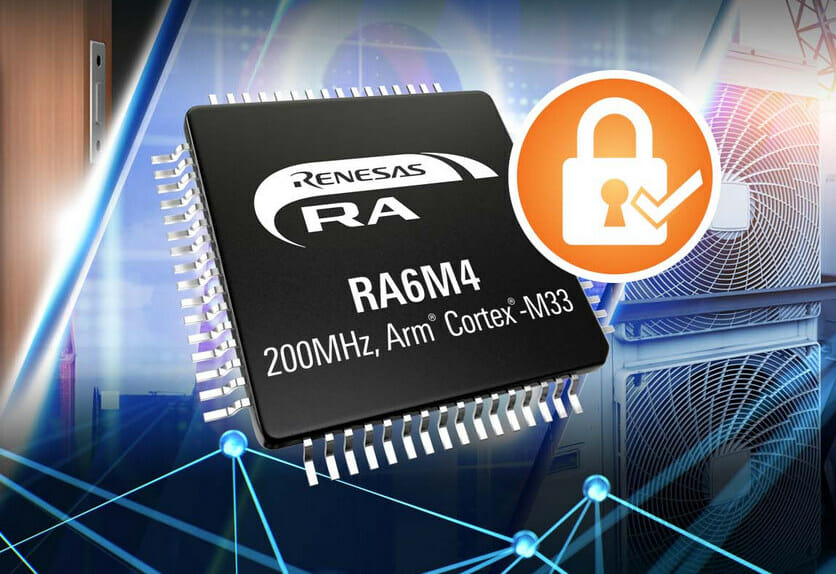 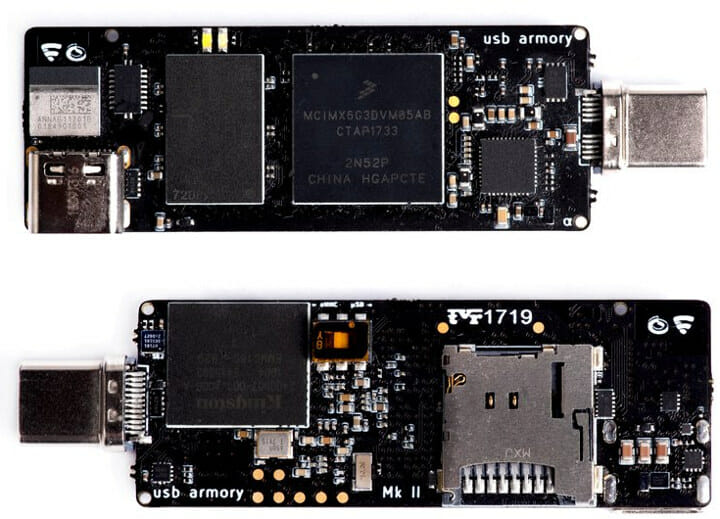 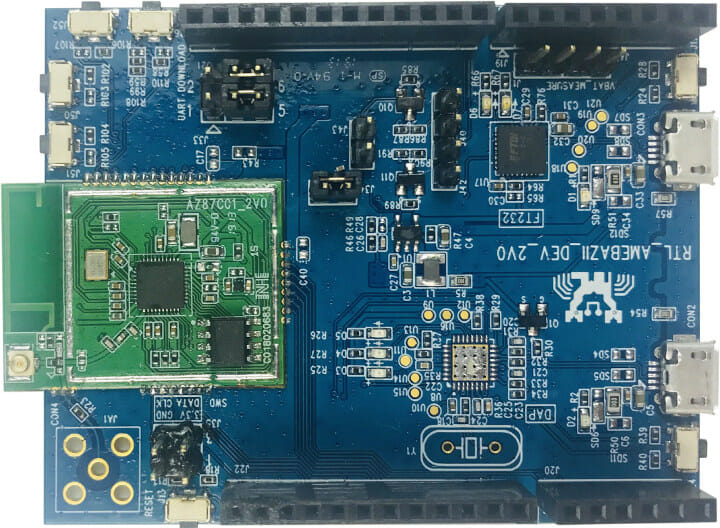 In 2016 we discovered Realtek Ameba wireless microcontrollers combining an Arm Cortex-M3 core with WiFi connectivity, and that could potentially become an ESP8266 competitor with modules selling for as low as $2. But the solution never really took off, because it was about the same price as ESP8266, and the latter already had a solid software ecosystem and community. But RealTek has now introduced a new Ameba Z2 IoT development board powered by RTL8720CM microcontroller featuring an Armv8-M KM4 core clocked at 100 MHz. What’s an Arm KM4 core you may ask? Seeed Studio informed me Arm and RealTek worked together on the KM4 core, so it looks like a custom Armv8-M microcontroller. Ameba Z2 IoT Development Board Ameba Z2 (ZII) specifications: Wireless MCU – Realtek RTL8720CM single core Armv8-M KM4 core @ 100MHz with 4.2MB internal RAM, WiFi and Bluetooth radios Storage – 2MB external flash on module Connectivity […] 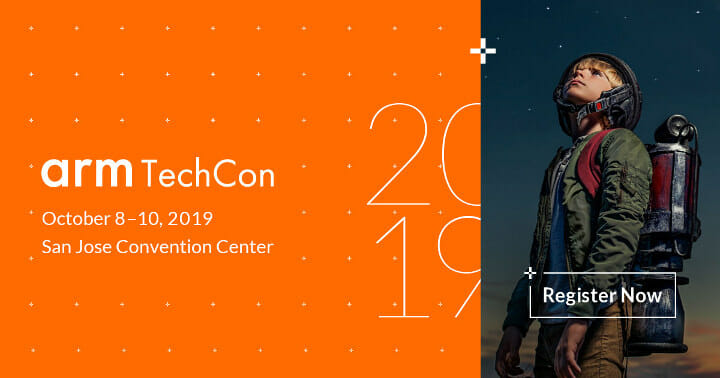 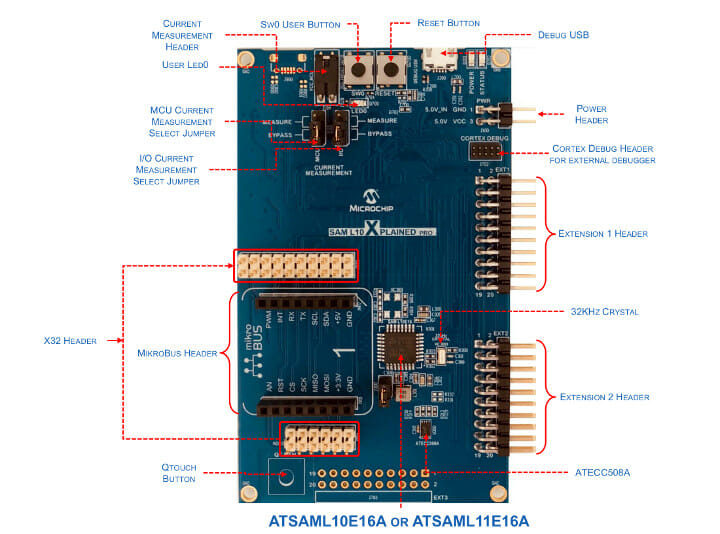 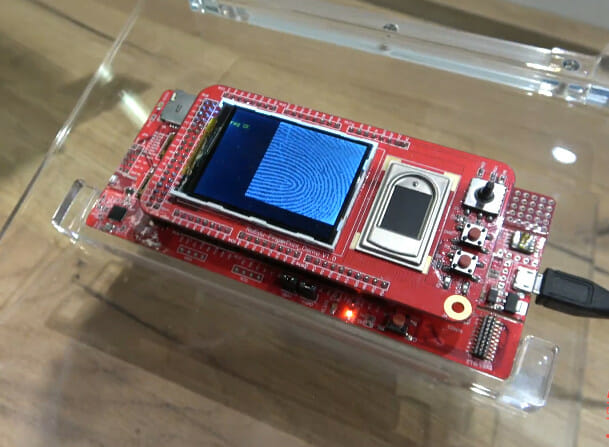 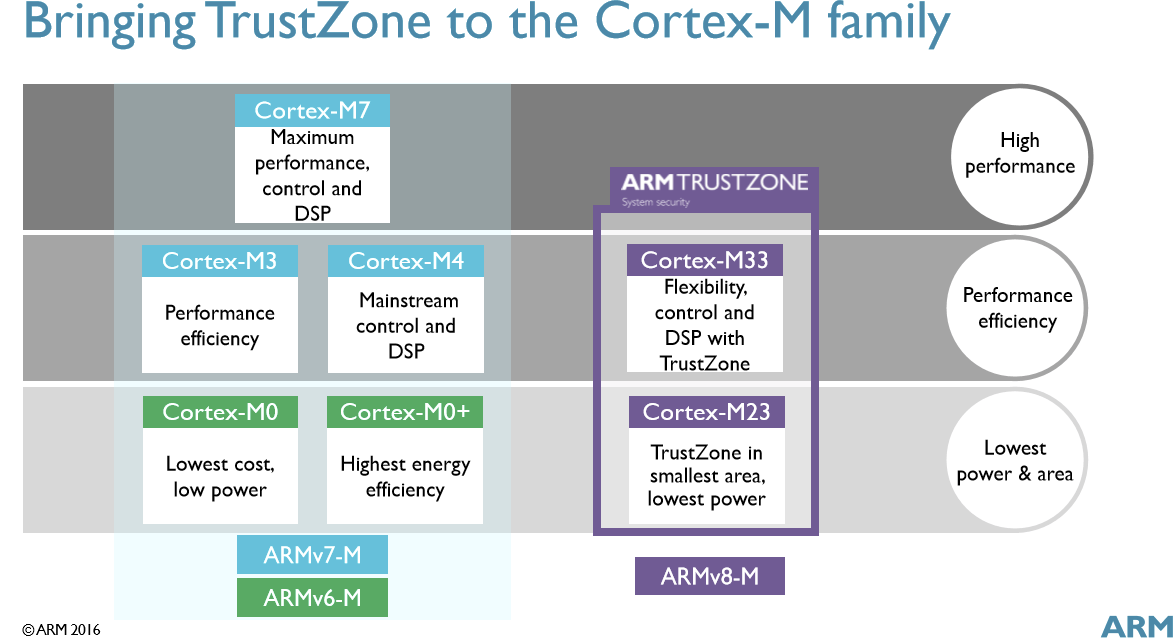 ARM TechCon 2016 is now taking place in Santa Clara, California, USA, as ARM has made three announcements for the Internet of Things, the focus of SoftBank going forward, with two ARM Cortex-M ARMv8-M cores integrating ARM TrustZone technology, namely Cortex-M23 low power small footprint core, and Cortex-M33 core with processing power similar to Cortex-M3/M4 cores, as well as Cordio Radio IP for Bluetooth 5 and 802.15.4 connectivity. ARM Cortex-M23 ARM Cortex-M23, based on the ARMv8-M baseline architecture, is the smallest and most energy efficient ARM processor with TrustZone security technology,and targets embedded applications requiring both a small footprint, low power, and security. Its power consumption is low enough to be used in batteryless, energy harvesting IoT nodes, and is roughly a third of Cortex-M33 processor size, and offers more than twice its energy efficiency. Cortex-M23 is a two-stage pipelined processor, software compatible with other processors in the Cortex-M family. […]