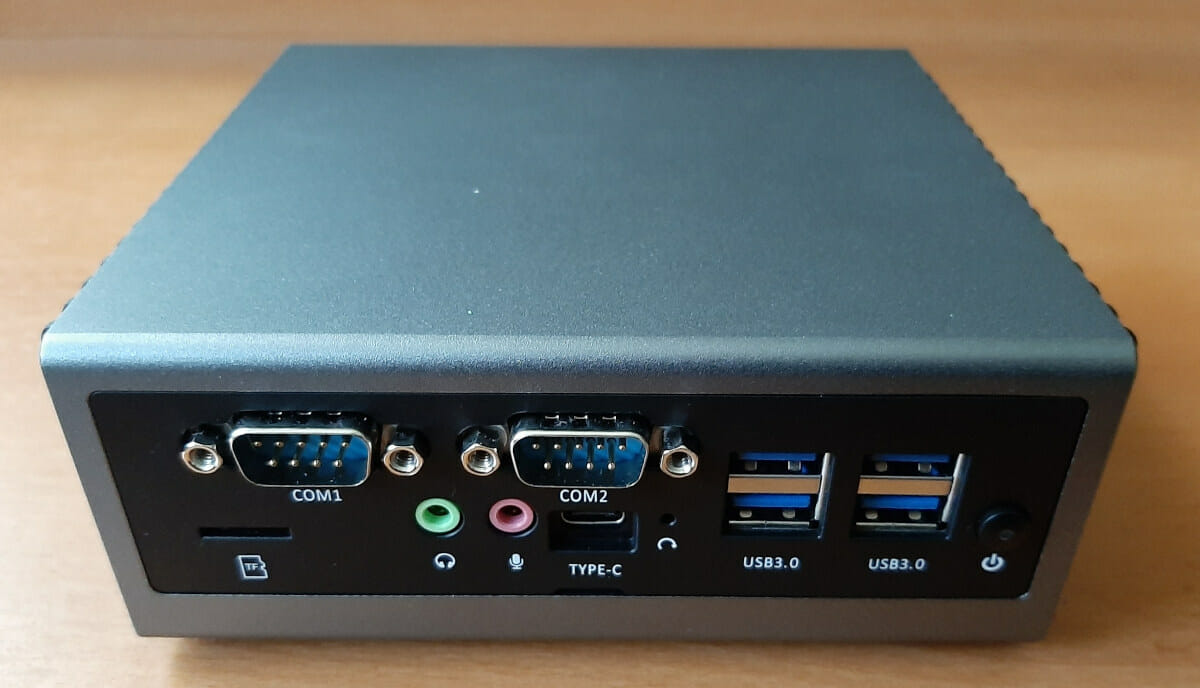 Weibu is a B2B company offering total solutions and OEM/ODM services. Their target clients are computer manufacturers like Acer and Hisense as they don’t sell directly to end users. With their products both the specifications and accessories can be customized according to their customer’s requirements. One of their product lines is mini PCs and they have sent a pre-production sample of their N10 design to showcase their capabilities. In this review, I will look at the various options available for the N10 and briefly look at performance running both Windows and Ubuntu. Weibu N10 hardware overview The key selling feature of this mini PC is the wide range of ports suitable for commercial/industrial usage together with various options for the processor. The N10 is an actively cooled mini PC and the device is 145 x 128 x 54mm (5.71 x 5.04 x 2.13 inches) large with a metal top that […] 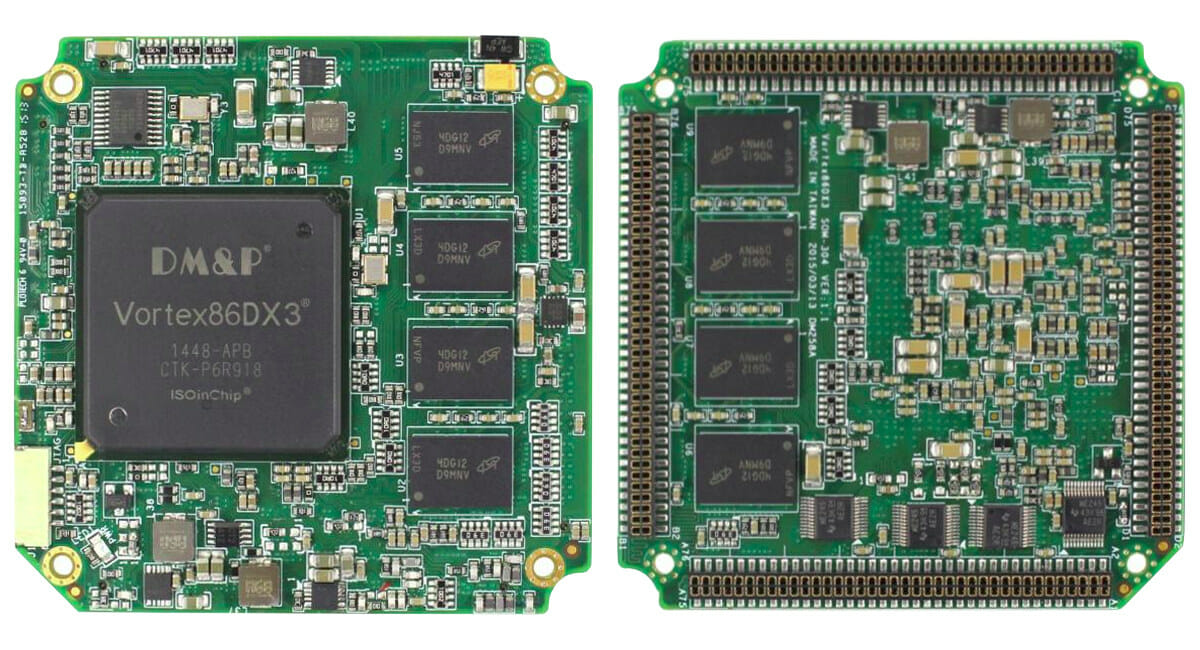 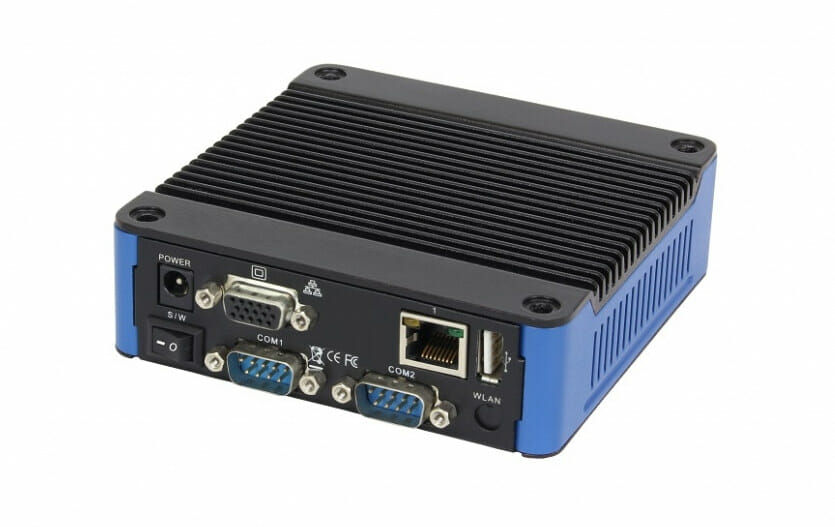 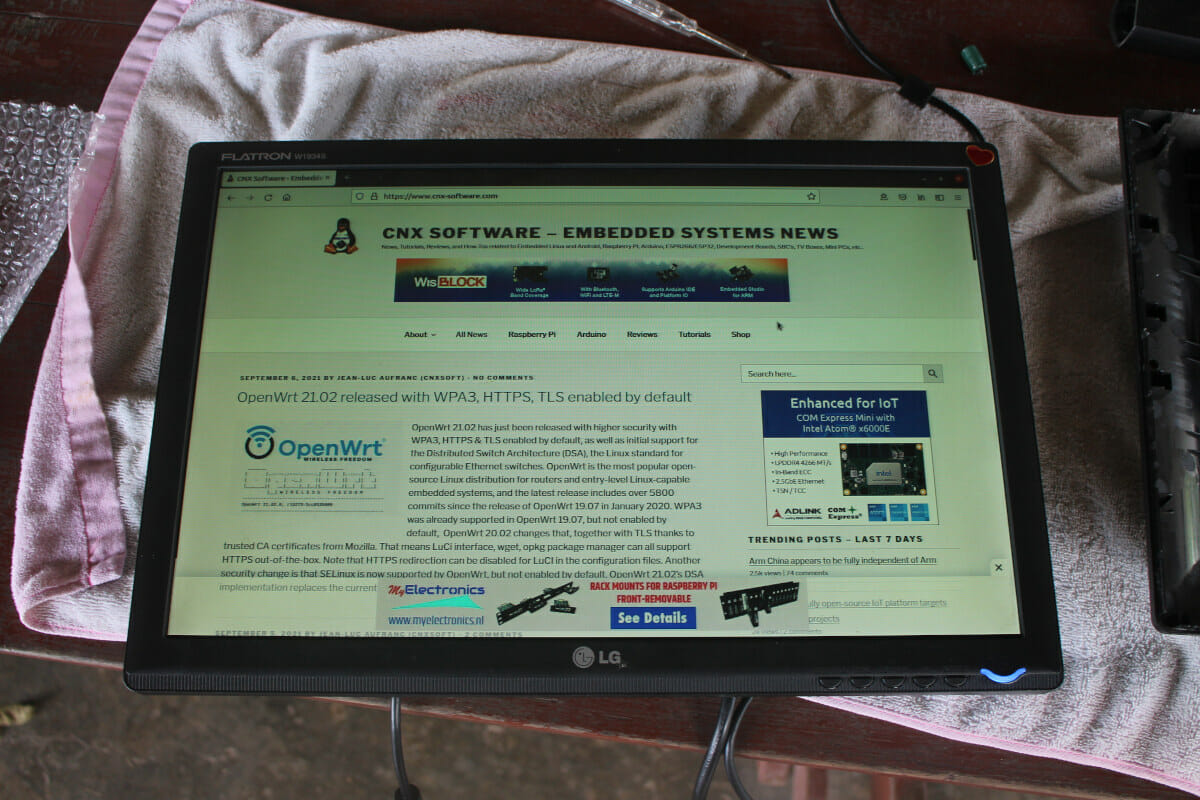 When a VGA monitor does not start at all, a common reason is that one or two capacitors are damaged. All you need to do to repair it is to replace them, and you’re good to go. It’s quite easier than you think, and I’ll show you how. I was tasked with repairing a VGA monitor, namely an LG Flatron W1934S, that would not turn on anymore. All I could see what the blue power LED blinking regularly, about every two seconds. Since so far, I had a 100% success rate in failing to repair TVs, I was not confident, and I thought maybe the monitor is some special state making it not turn on, as it happened to me with another monitor a few years ago. But a web search revealed the problem was probably a power supply board issue with one of the capacitors damaged and, in theory, […] 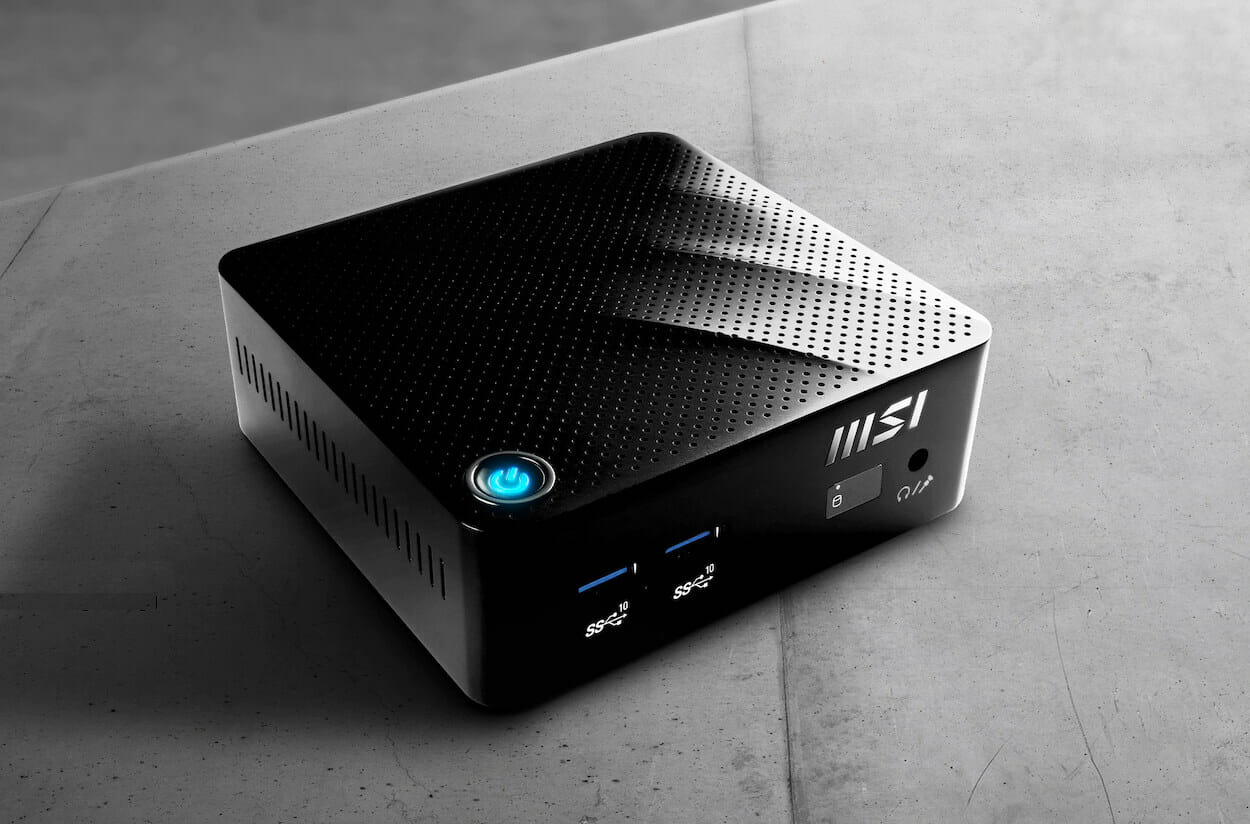 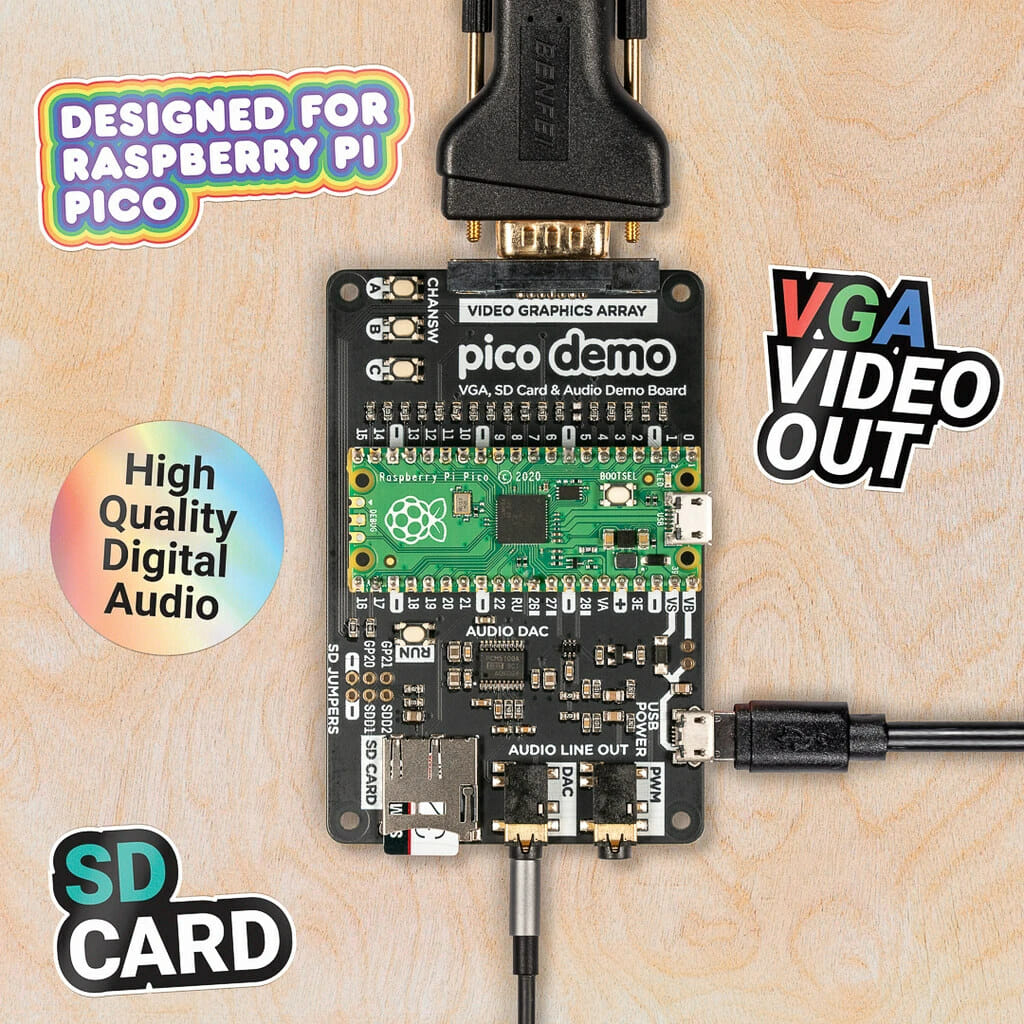 Abhishek recently posted an overview of Raspberry Pi RP2040’s two PIO blocks with examples in C and Micropython using some PIO assembler code. He used some basic examples like blinking an LED, but the Raspberry Pi Foundation also mentioned the programmable IO could be used to drive a VGA display, read and write data from a MicroSD card at reasonable speeds, and so on. However, the Raspberry Pi Pico does not have any of those interfaces, and it would be nice to have a board that does. It turns out there’s such a board in “Chapter 3. The VGA, SD Card & Audio Demo board for Raspberry Pi Pico” of  “Hardware Design with RP2040.pdf” document. It will be sold as the “Pimoroni Pico VGA Demo Base” board for 19.50 GBP inc. VAT (about $22 US ex. VAT), but since the KiCad hardware files are open-source, I’d assume other companies may […] 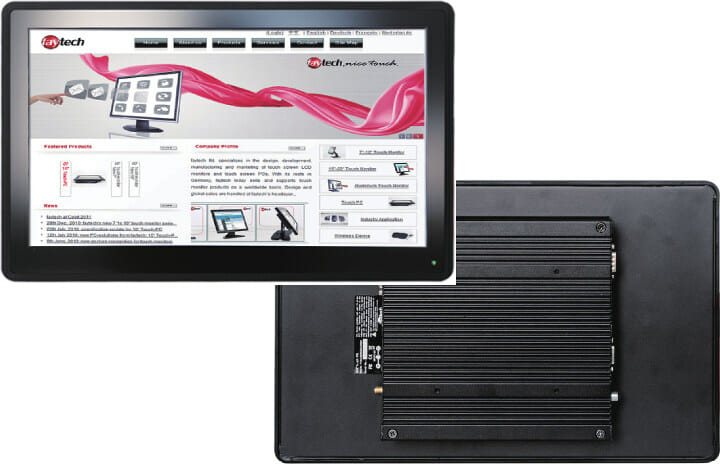 Although many can support Ubuntu or other Linux distributions, most Intel based products ship with some version of Windows by default, and the end users may have to install Linux by themselves. While watching a Computex 2018 video on Armdevices.net, I found out FayTech, a company specializing in  the design, development, manufacturing and marketing of touchscreen monitors & PCs, showed a 15″ Touch PC powered by an Intel Celeron J1900 “Bay Trail” processor and running Ubuntu 16.04 LTS. So I had a look on the company website, and the 15″ capacitive touch PC (FT15J1900W4G64GCAP) showcased in the video – embedded at the end of this article – comes with the following key features and specifications: SoC – Intel Celeron J1900 quad core processor @ 2.0 / 2.4 GHz with Intel HD Graphics; 10W TDP System Memory – 4GB DDR3L-1333 via 1x SO-DIMM slot, expandable to 8GB Storage – Industrial 64GB […] 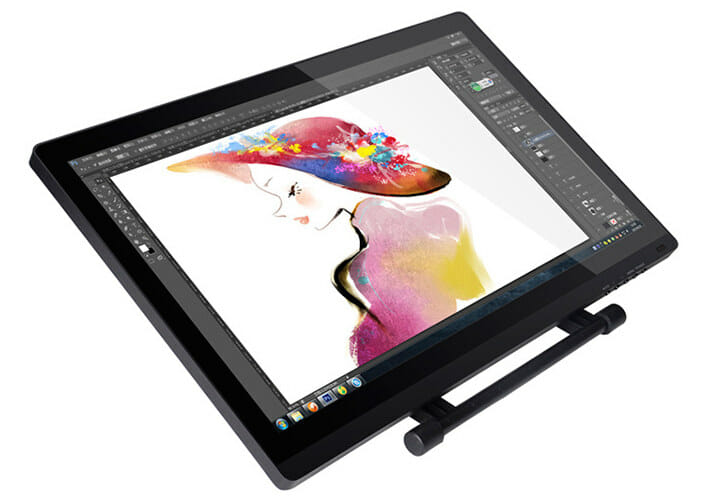