As promised with the announcement of Ubuntu on Tablets, Canonical released a developer preview of Ubuntu 12.10 for smartphones and tablets that can be installed in Galaxy Nexus and Nexus 4 smartphones, as well as Nexus 7 and Nexus 10 tablets. It is an experimental development snapshot that could potentially brick your device. Many features are still not available but you should be able to access the following:

You’ll be able to reinstall Android after trying it out, but all your data will be lost, unless you use apps such as Titanium Backup. 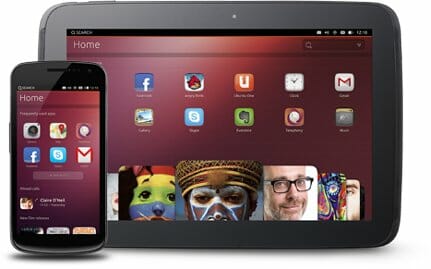 That’s all. After installation your device should reboot into the Ubuntu Unity shell. Ubuntu Touch files are downloaded to Downloads/phablet-flash.

If you have once of those device, but cannot or would rather not use an Ubuntu PC, Brad Linder (Liliputing) tried some instructions (from XDA Developer Forum) to install Ubuntu Touch on Nexus 7 from a Windows PC.

If you don’t own any Nexus devices, but want to run Ubuntu Touch badly on our device, Canonical provided a porting guide, which explains the steps needed to port Ubuntu on a new hardware. Of course, there’s a massive amount of work involved, but at least one person (a 14-year kid from Hong Kong) has taken this step, and is now working on a Motorola Xoom port.