There have been many new HDMI TV dongle based on the latest Rockchip RK3188 lately, and I listed some of them in comments in CloudnetGo CR9’s post. The only issue is that you can’t buy most of them, just pre-order. Now it seems at least one of them, Tronsmart T428 is available now, and costs $99 on Geekbuying. This mini PC comes with 2GB RAM, 8 GB Flash, Wi-Fi and Bluetooth, and for the first time, AFAIK, a mini PC can be used as Miracast display. 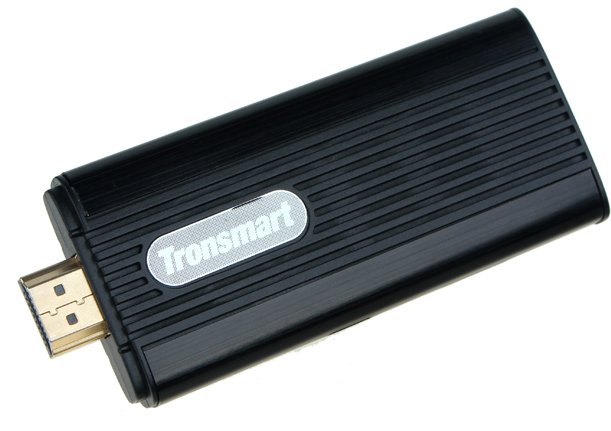 GeekBuying has said they tested WiFi display with XiaoMi 2 smartphone, as well as XBMC 13.0 beta, and both are working fine. They posted a video showing the device in action, and it appears to be very smooth. However, they only showed “WiFiDisplay” application, but did not demo it.

I’ve been told I would receive the device, so you can expect a detailed review soon.