Cloud Media is mostly known for their Linux based Pop Corn Hour media players. but recently they started offered a free media player called FreeOTT via ISPs or Facebook giveaways. This little box gives direct access to online video channels. I reviewed FreeOTT a few months ago, and found the interface to be sluggish (possibly because of my Internet connection), audio was not working on my TV. So overall not a very good experience from my side, but they’ve upgraded the firmware with features like Miracast, DLNA, and “iOSCast” (Airplay?), possible improving performance, and recently added CCTV 1 to 15, except CCTV 4, to the list of channels. FreeOTT was difficult to source since you can only get it for free, so the company has just launched 1OTT player based on what appears to be the same hardware platform, but with a larger enclosure. 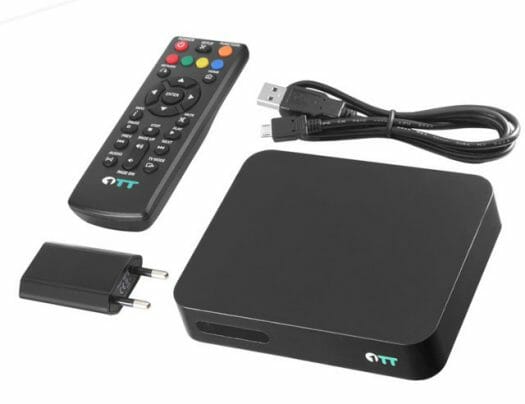 1OTT Player comes with a micro USB cable, a USB to Power adapter, a remote control, 2x AAA batteries, and a Quick Start Guide. The device runs Linux, and the user interface is built on top of Adobe Flash Lite (Stagecraft 1.2) which may explain the sluggishness I experienced with the free version of the player. 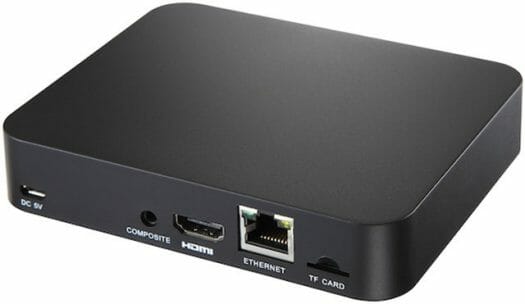 This device is quite different from XBMC and/or Android set-top boxes I usually feature in this blog, as it’s mainly an Internet video player, getting channels from known online sources, and I understand the only way to play local videos is to connect it to a Plex Media Server.

The key media features of 1OTT player are listed as follows:

Last time I tried in FreeOTT I could also access YouTube, Russia Today, Revision3, SoundCloud, CBS and more as shown in the picture below. 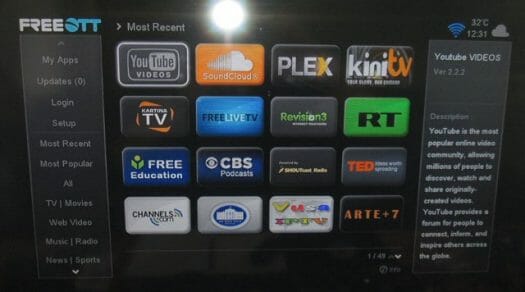 1OTT media player is available for pre-order now, with shipping scheduled for the 20th of December 2013. You can purchase the device for $69 with FFhmGkkuKr coupon until the 14th of December, and $99 afterwards. [Update: the company has now added free international shipping option with Hong Kong Post registered mail, and reduced expedited shipping to $15]. There’s also no subscription to watch most TV channels.

1) are there apps that provide similar access to internet tv for Android?
2) I wonder how good a replacement the free channels could be for cables subscriptions with their bloated channel lineups full off appalling crap? (reality shows + 20mins adverts/hour argh!) Whaddya think CNX, will you be chucking out the cable box? :p

@onebir 1) You have Plex, YouTube, and maybe other, but one users reported there’s “No Netflix. No Hulu. No Amazon. No PlayOn”. These companies could develop private apps for services if the device becomes popular. 2) I don’t even watch TV… But if I did, where I live, I would just use the free channels available via Satellite. There are over 100 channels, the only thing you really need to pay for here are sports channels. The other problem I have is that my Internet connection, or rather the connection to the server, is often not good enough, so it… Read more »

The 1OTT device and its app appear to me to be an Asian variation on the Roku theme, although the CloudMedia web site reports the device supports Miracast through an add-on app, with support for Samsung AllCast coming soon.

The US$69 price includes shipping charges, so it’s not drastically overpriced for its features.

Tvb series not able to watch, can you pls check why? Server problem or recording failure?