Mele X1000 is an Android TV Box based on Telechips TCC8935 dual core processor, 1GB RAM, and 4GB Flash that claims to support Blu-Ray navigation and 3D Video playback, something that is seldom supported in Android devices, but can still be found in a few products including HiMedia Q5 II (Hisilicon Hi3716) and VidOn.me A200 (AllWinner A31). 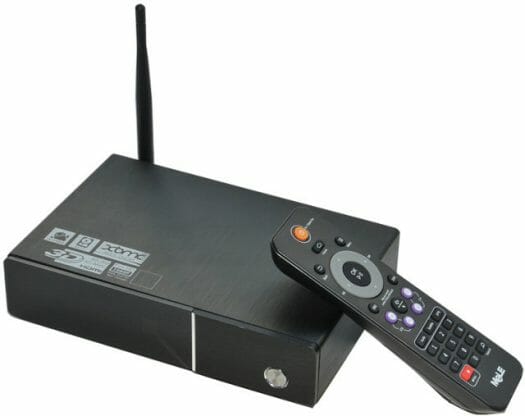 The device ships with a power adapter, HDMI and AV cables, a USB cable, a remote control (without batteries), and a quick start guide. Mele X1000 currently runs Android 4.2, but an upgrade to Android 4.4 is expected. The firmware comes pre-installed with Google Play, XBMC, YouTube, Facebook, Twitter, and some other apps. 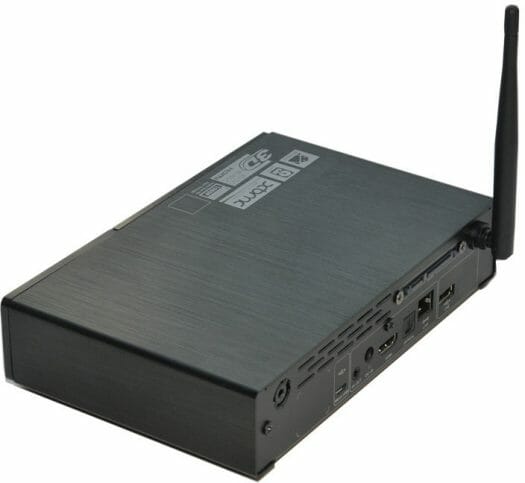 You’ll notice SATA support in the hardware specifications, but there does not seem to be any internal bay, and you’d need to connect your SATA drive via the SATA ports available from the rear panel (top right, close to the Wi-Fi antenna). According to TCC893x block diagram, there’s no SATA, so it must have been implemented via a USB 2.0 (or 3.0) to SATA bridge.

Is there actually any kernel and/or u-boot source available for the tcc893x?

I did not manage to compile it. I haven’t tried that hard though.

@Luc Verhaegen
Luc I bet I know why you’re interested in this tcc893x. Don’t get me wrong though, I’m glad you are 🙂

This sounds like the custom version of XBMC from Vidonme but running on the Mele using Telechips, it’s definitely not stock XBMC thats for sure.

i cannot wait for the htv003 i will try this xbmc