Many MCU based development boards such as Arduino or mbed platform connect to a computer via USB for power and programming, at least during the development stage. USB2Go, however, is designed with a micro USB port to connect directly to your Android smartphone, although it can also be used for standalone project, and an Arduino compatible baseboard is also available. This board powered by an STM32 ARM Cortex M3 MCU is however mainly destined to interface hardware such as LED, servos, sensors to your smartphone via micro USB providing both power and a communication channel with your Android device. 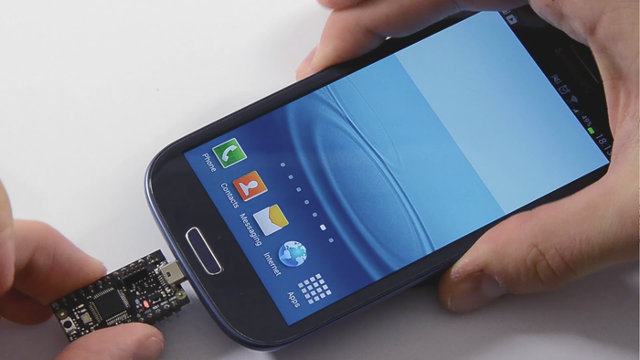 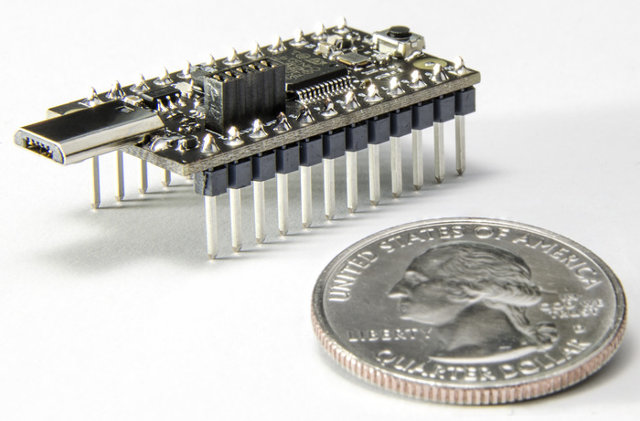 You can program the board just like any Android app via Android Studio or Eclipse and using USB2Go API to control the different I/Os. You can also program the ARM MCU using Keil uVision which can be used for free for up to 32kB program size, but IAR, CooCox and other development tools can also be used. If you are not into programming, but would like to play around with this board anyway, the developers have designed a graphical application building tool where you can just drag and drop controls to generate you own app.

Different boards are available as part of USB2Go:

I understand the full project (software and hardware) will be open sourced.

8Innovations, the company behind the project, has now completed development of the boards, and is looking for funds for mass production via Kickstarter. A $29 pledge (early bird) will get you a USB2Go Mini board, and $99 will get you all the boards mentioned above. Shipping is included to the US, and you’ll need to add $10 for anywhere else. Although development is said to be complete, the boards are expected to ship in October 2014, as they planned a massive 6 months for components procurement, mass production, and shipping.

Beside the Kickstarter campaign, you may also find more details on usb2go.org.