Android smartphones get better and cheaper all the time, but I would not have thought possible to get a 5″ FullHD smartphone with Mediatek MT6592 Octa core processor, 2GB RAM, and 16GB flash to be sold for less than $150. And that’s exactly what BuyinCoins is doing with ACT M302 for just $136. 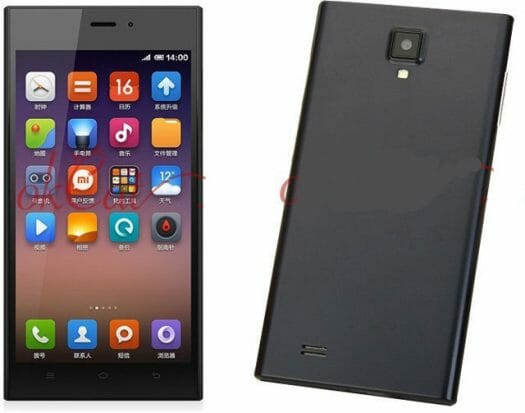 Let’s have a look at the hardware specs:

The phone runs Android 4.3, and is sold with a data cable, a power adapter, and a battery. Some notable features are missing including GPS, Bluetooth, and FM radio, and it’s unclear which sensors are included, but the price is still amazing. But it’s apparently not a pricing mistake, as the device can also be found on Ebay for just above $146.

Well I’d say the battery capacity is way off. It’s either that or the dimensions are wrong because I seriously doubt it that it can have a 3800 mAh battery and be only 8mm wide.
It would be very nice if this were true but I seriously doubt that it is.

However, if this is true http://www.phonearena.com/news/Google-teaming-up-with-MediaTek-to-build-100-low-to-mid-range-Nexus-phone_id55312 MTK might finally get decent firmware in the summer….

Haven’t found much about this phone besides this: http://www.aliexpress.com/item/5-0-ultra-thin-touch-screen-pixels-8-smart-phone-mini-male-Women-4g/1793961442.html

Well I can say only that I was looking for a phone with the following specifications: 4.7 inch, 2GB, 16GB ROM, 13 mpix and a Octa core cpu, that was this one: http://shaxmobile.com/portal.php?mod=view&aid=9 or as they commercialized on aliexpress.com

But cnx, thanks for the tip!!!