Last year, I wrote about a $50 Android smartphone, and yes, it was cheap but the specifications were pretty poor. But today, I’ve just learned about DAXIAN XY100S powered by Mediatek MT6589 quad core Cortex A7, with a 4.7″ display, and running Android 4.2, which just sells for under $100 on Buyincoins.com, including shipping. That’s about $50 cheaper than the cheapest MT6589 models I found. 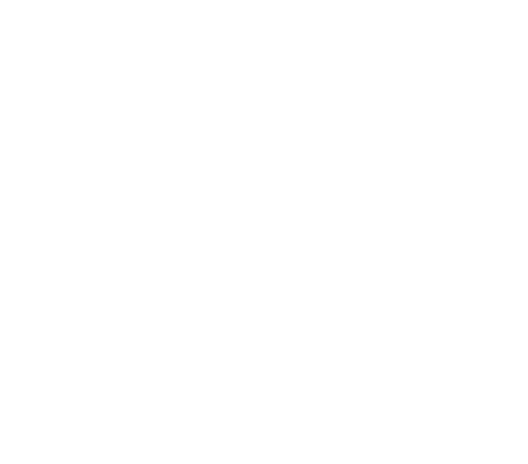 The device comes with a data cable, a power adapter, 2 batteries, and earphones. The screen resolution and NAND flash size are pretty low by today’s standards, but for this price you cannot really complain.

Initially, I thought it was probably either a promotion, or the price or specs were wrong. I can’t find the device on Aliexpress currently, but I also found it on Taobao for 515 to 565 RMB ($84 to $92), so the $100 price tag with shipping, although quite aggressive, is not impossible.

I had never heard about buyincoins.com before, but they seem to have fairly large traffic according to Alexa. However, I’ve read mixed reports about the company, but it’s about the same for Aliexpress. They accept Paypal, so in case of issue you may be able to open a dispute (TBC).

Thanks to onebir for the tip!

Hey CNX – good thinking to research the price on Taobao!
Now, if a quad-core smartphone can go for this price, what does that imply for the quad-core STBs?

@onebir
Now we’ve got quad core RK3188 mini PCs for $75, but they all come with 2GB RAM and 8GB flash. They don’t mention Bluetooth with this phone either (I can see it in Android options screenshots though), and this present in all RK3188 mini PC. So if somebody was to make a low-end RK3188 mini PC with 1GB RAM, 4GB Flash, no Bluetooth, we might get close to $60. But the performance may not be that different from dual core device, and this is probably true for this phone as well.

Yet another thing I miss is GPS. It would be nice to see a review of this thing though.

@onebir
No, it’s actually not. It’s in a companion chip which is a so called 4 in 1. This chip has wifi, bluetooth, GPS and FM. I’m guessing the opted no to use this one and just used plain wifi chip ?
This would explain the no GPS and maybe even the no Bluetooth.

& maybe, in part the price? A single chip couldn’t account for $50 difference, but maybe mediatek are selling MTK6589s with a dumbed-down companion chip at a big discount?

Checked the Taobao description: no GPS (全球定位系统) there either 🙁

@onebir A single chip wouldn’t explain such a difference indeed but let’s put all the differences together. 1. Cheaper dumbed down companion chip 2. No 3G WCDMA so no license fees and all that 3. Cheap, poor quality 854 x 480 screen 4. Aggressive pricing by the seller 5. Maybe just 512 MB of RAM even though it says 1GB, this can be faked to show the wrong value in Android too Put all these together and it should explain the 50$ difference. Another even scarier thing is if this is just a lousy fake. You can customize Android and… Read more »

@Marius
1-4 possible. 5-> I doubt (eg buyincoins have a big ebay store, check their feedback there…)

@Marius
@onebir
I also think fake specs are unlikely because we can see the same specs on Taobao and buyincoins. However, that’s true the $50 Android 4.0 phone, was actually Android 2.3, and some of the specs may not have been fully correct, we may wait for some people to give it a try, or wait for resellers that are known to test their devices first.

Not the detailed results, so we can’t look for potential errors.

@Javi
Please do – buyincoins should be helpful if you contact them…

Don’t worry, as part of AsiaPads team I have good mobile phone providers. Also I see some sellers from Shenzhen, if so they will probably have a shop in this area (no far than 300m from my home). I’m living in the core of the China electronics market… if you like the electronics this is the paradise. For example, 2 days ago I have been buying some PIC from microchip… I spent maybe 5-10 minutes walking from home to the SEG building (a skycraper with lots of small shops inside) and maybe 2 hours researching and comparing prices between lots… Read more »

cnxsoft : @onebir Now we’ve got quad core RK3188 mini PCs for $75, but they all come with 2GB RAM and 8GB flash. They don’t mention Bluetooth with this phone either (I can see it in Android options screenshots though), and this present in all RK3188 mini PC. So if somebody was to make a low-end RK3188 mini PC with 1GB RAM, 4GB Flash, no Bluetooth, we might get close to $60. But the performance may not be that different from dual core device, and this is probably true for this phone as well. I think a Quad Core Android… Read more »

A pity, I did not find a seller of this model in this area. I’m waiting confirmation from some actual providers… I’d like to test this phone because its interesting (maybe irreal) price

Someone commented in Russian over at buyincoins:
“Phone based on MTK6589TD.
No 3G, no GPS.
RAM also questionable.”
I guess TD is for TD-SCDMA, so maybe a cheaper chipset for the Chinese market…?

Got myself one yesterday. It has MTK6589TD chipset, 1 Gb of RAM, no GPS and 3G = TD-SCDMA (Chinese standart). Cameras are interpolated, so maybe 2-3 real megapixels, no real autofocus, flash led is not very bright. It has bluetooth and Wi-fi. But 854×480 looks pretty good for 4.7 inches display and 14164 antutu marks are also great. Overall: Good phone for 100$

will this phone work in Australia. i want to buy this for my 12 year old son so he wont go near my galaxy note 2 i bought one about 3 years ago that worked fine it was a ht7000 or something looked exactly same as the htc windows mobile

@thunderlord
Hi i want to know does the UK Google Playstore work on your phone as i heard that if you buy it, Google Play is not compatible and does not work in country outside the country it was made in so you can’t use it in UK or USA.

I bought two Daxian phone from Shenzhen, China, after I got back to USA, none of them are working, when I tried with T-Mobile SIM and AT&T SIM , it says, “No Service”, I will appreciate very much, if anyone could give me some advice or help about these phone?

Thank you and kind regards