Since about a year, we’ve seen several Android based game console such as the Ouya or PlayJam GameStick coming to market. These are sold below $100, but feature some older hardware specs that may not run the latest games at optimal speed. Mad Catz game console, powered by an Nvidia Tegra 4, provides a much smoother gaming experience, but cost $199.99. If you’d like the performance of the Mad Catz but at a lower price point, ZTE Funbox also powered by Nvidia Tegra 4 quad core Cortex A15 processor is currently available on Aliexpress for $145.99 including shipping. 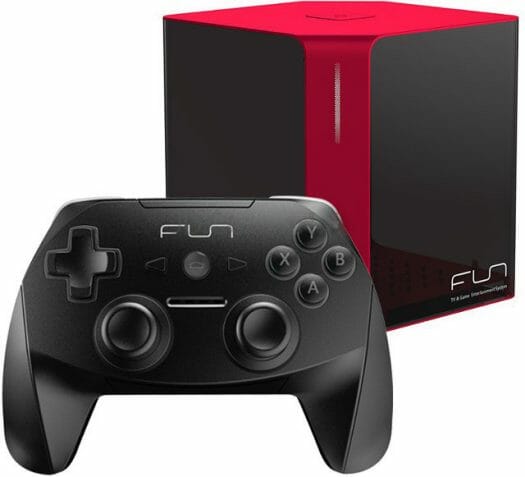 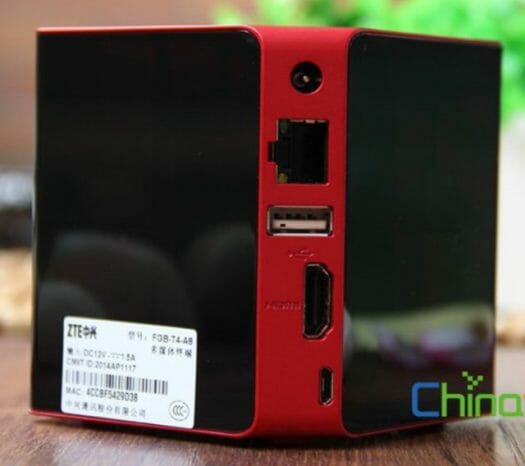 The device is said to ship with an HDMI cable, a micro USB to male USB cable, a micro USB to female USB adapter,  a power adapter, a warranty card, a user’s manual in Chinese, as well as a Bluetooth game pad, and a 14-button Bluetooth remote. It runs Android 4.3 with a customized user interface, access to Nvidia Tegrazone with over 200 games, but the UI is apparently only available in Chinese at this point. It’s not clear whether there will be an English version available lateron. More pictures of the device, accessories, and user’s interface are available via this Aliexpress shop that sells the box for $159 + shipping.

Thanks to Adem for the tip.

I have got one in my office right now, i don’t know why this aliexpress seller can list this for sell, there is only chinese language, and can’t install third party app right now. no google play store, just chinese writings. it is designed for china market right now.
We will begin to sell this once our developer finish port AOSP to this.

shame on you, aliexpress.

I confirm the words from Eric. Exactly same oppinion, this is not a product ready for “overseas market”

Well even without source code ( I assume there isn’t any ) hacking this to get Play Store and stuff should not be that hard once you’ve go root.
I’ve bough China market only Android devices and managed to get Play Store working. Still it would be a lot better if AOSP were ported to this. I agree with this.

I doubt any of the aliexpress sellers have any stock. It seems that it’s pretty common for sellers on aliexpress to sell things at a huge markup and then purchase the item if an order is received.

There is only one official seller of the Funbox and that’s JD. They sell it locally in China for $112 .

But as Eric said it’s all in Chinese and can’t be changed to English.

You can see a ZTE FunBox video here: https://www.youtube.com/watch?v=qX2fzJ0inaQ

lots of people complain about it on China’s website.

been following this device for a month now and looks the business, there seems to be a english firmware coming out this month but when i dont know as its on the geekbuying blog

i can confirm its only for china as ive recieved mine today, the console is amazing and no batterys like the ouya, already tried the ouya root apk and dosent work but will check online for a easy root solution with cwm recovery

there is currently a english language firmware coming this month@JackFrost

@Adem
They say “Bluetooth Remote Controller” in the title.

Hello, I need help, I need a backup of the stock “recovery.img” of the ZTE FUNBOX, because I am patching all the system and now I have it multilingual and with google play. But trying to change the “recovery.img” of the device I have damaged it and I don’t have any backup of it to restore. Can any of you send me a backup of your ZTE FUNBOX “restore.img”, I need I to send my work of making a custom multilingual ROM of that device with google play store, it is almost done I only need ZTE FUNBOX stock ”… Read more »