Mediakek MT6589 processors are omni-present in the latest Chinese smartphones, and we can see new models based on the platform pop-up every week. But Mediatek SoC are almost exclusively used in smartphones and tablets, so MUCH Media Magic i5 Android Game Console proves it can also be used in other applications too, although one might argue a portable game console is just a tablet, or in this case a phablet, with some extra buttons… 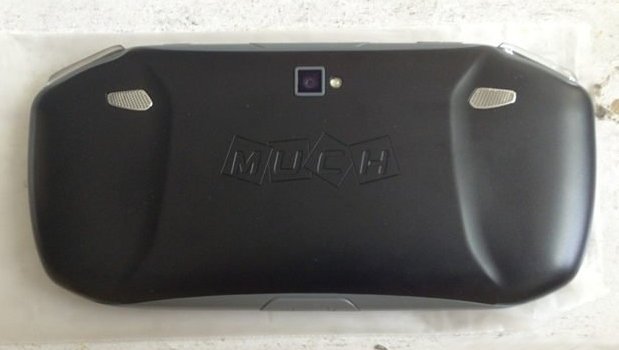 The device runs Android 4.2 and is said to come pre-loaded with several emulators, and a mapping control app. AndroidPC.es reports the console will be available in China for 1299 RMB (about $212).

I kind of want one of this but I do wonder if I could really use it as a phone. It’s a pity if not, it has dual sim, a large battery and pretty much all a smartphone needs but the game controls might be bothering.

Here is another one that can be used as a regular tablet also.

@Joe Bucks
But not a phone…

@Joe Bucks
There also a Chinese one like that (Benx Transformer Game Pad L2: http://www.cnx-software.com/2013/04/29/iben-gamepad-android-game-consoles-powered-by-allwinner-soc/) based on AllWinner A31.