Just a quick post to show an interesting, yet unavailable development board. A few weeks ago, Intel and Rockchip announced a collaboration to design Intel Atom Sofia x86 SoC for mobile devices. Apparently, they did not waste any time, and have already done some nice work together, as Chen Feng, VP at Rockchip, posted the picture of the development board on his weibo account with a short description that Google’s translate as: 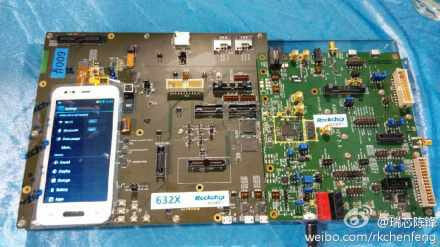 It’s not entirely clear if it’s directly related to the announced Intel Atom “Sofia” using 3G (WCDMA) however. The 6321 is a dual core processor, but Rockchip and Intel only announced working on quad core processors, so this may be a separate product for example an ARM SoC with an Intel XMM modem, or an intermediate steps before working on the Intel Sofia SoCs which are scheduled for H1 2015. Maybe those of who have a better understanding of Chinese could shed some light based on articles published on pbhz or mydrivers.

According to online sources “SoFIA 3G is dual-core Silvermont” so it’s probably this that we’re seeing here.

On the other hand “SoFIA LTE is a quad-core” so I’m pretty sure this settles it.