Last year, Microduino successfully launched their tiny Arduino board and shields via Kickstarter, and they are now back on Kickstarter with Microduino Joypad, an other Arduino compatible board that also happens to be a gamepad with a small OLED display. It can be used in standalone to control games on the tiny display, as a gamepad for PC or game console, a control interface for quadcopters and robots etc… 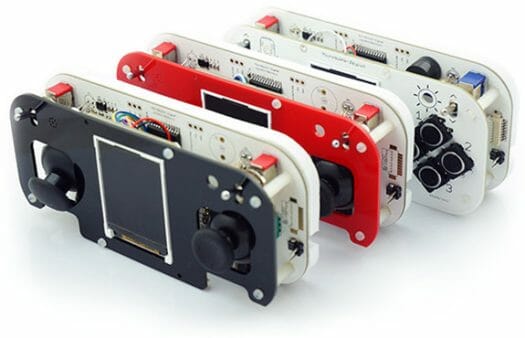 Arduino has already made an Arduino gamepad called Esplora, and if you wonder what the difference are between Esplora and Microduino Joypad, the company listed the differences in the following table. 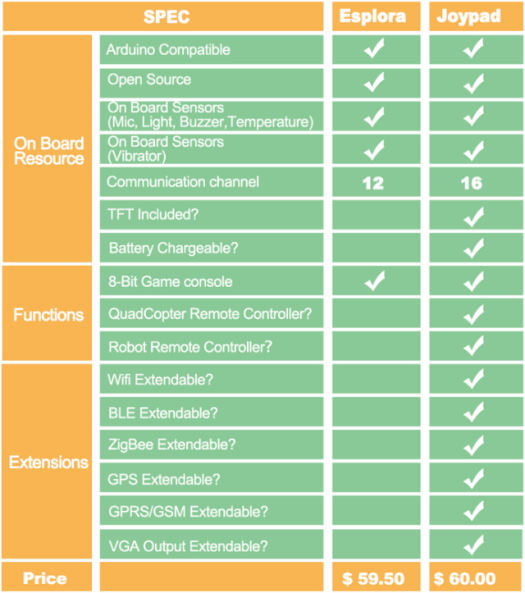 If you are interested you can checkout Microduino Joypad Kickstarter campaign, where you can still pledge $54 for an early bird Joypad with Microduino Core, USB2TLL board (required for programming), and a USB cable, after which the kit will be available for $60. They also have various perks including quadcopter and self-balancing robot kits going for $202 and $214 respectively. Shipping is free to the US, and $20 to the rest of the world, with delivery scheduled for October and November 2014.