I can often see questions requesting whether SoC XYZ will support Android 5.0 Lollipop. The good news is that last week, I’ve read lots of news about Android 5.0 support on various devices including Nvidia Shield tablet, Motorola G & X smartphones, and of course the Google Nexus devices. A developer (Nanik T.) also ported Android Lollipop to ODROID U3 development board based on Exynos 4412, and he mentioned that “porting was pretty straight forward as KK and 5.0 does not have a lot of differences in terms of HAL”, which means there’s hope for more recent devices and SoCs getting the update. 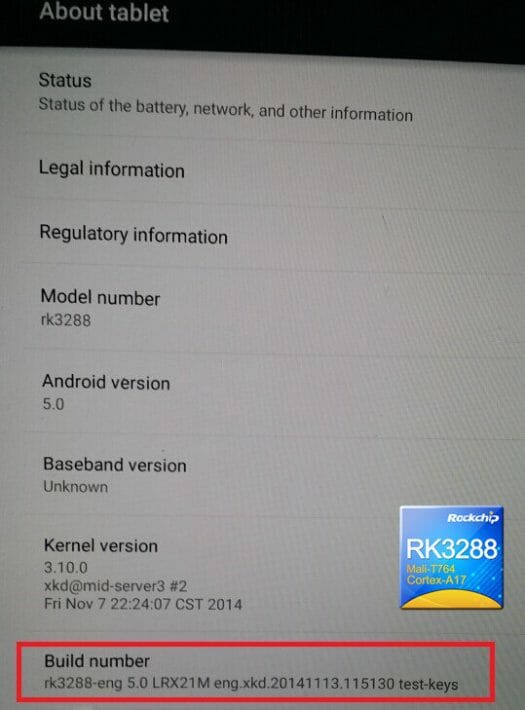 Chinese SoC vendors are also getting the word out that they are working on Android 5.0. Rockchip announced Lollipop support for RK3288 processor (original news in Chinese) probably coming to tablets first, and Android TV boxes later. They used their reference platforms in the provided pictures, and did not publish ETA for public availability.

Allwinner also showcased Android 5.0 on an Allwinner A33 tablet (see embedded video below), and I’ve been told Android 5.0 and Chrome OS would soon be released for Android A80 too.

XDA Developers also reported some other smartphones got the Lollipop treat.

Good news. Hope that Linux will get the same attention.

@ade
They’ll upgrade for older SOC’s too, when pigs will fly.

> @ade
> They’ll upgrade for older SOC’s too, when pigs will fly.

Why, I’m sure if ade will pay their engineers salary, the will do it too.

@Paul: well, even if you ignore the environmental issues (and waste of finite natural resources) about “disposable” short-lifetime ARM toys, you can still think that there would be some return on investment in better long-term support (I’m clearly not the only customer who takes this criteria into account when buying something)

You don’t want to say that you’re quitting your job to make a startup to upgrade software on short-lifetime ARM (hey, why ARM? what about MIPS, SPARC, and PDP-11?) toys to solve environmental issues, no? What a pity. You could also keep going to your day job and spend your evenings organizing community to provide self-sustaining upgrades for old devices. But wait, if community wanted that, it would self-organize already. Pity again. But wait again, there’re projects like Cyanogenmod, etc. which do just that. But what a pity again, they do that mostly for “real” hardware, not for cheap A10/A20… Read more »

No support from MID to upgrade their Allwinner A33 equipped low end tablets to Android 5.0..