HTC Nexus 9 is one of the first 64-bit ARM platform with powerful ARMv8 cores (e.g. not Cortex A53) that both commercially available, and relatively affordable at $399 to $599, at least significantly cheaper than the server boards such as Applied Micro X-C1. The tablet comes with Android 5.0 Lollipop, but for those of you who wish to have an ARM64 platform running Ubuntu or other 64-bit Linux operating systems, Ubuntu installation instructions provided by Ryan Houdek, Dolphin emulator developer, might come handy, especially it won’t affect your Android installation provided you have already unlocked your bootloader. 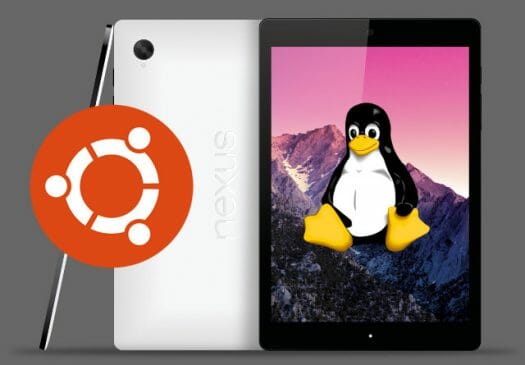 The instructions are fairly long so I won’t reproduce them all here, so I recommend you check the detailed instructions on XDA, but the short summary below may give an idea of the amount of work needed:

Beside the Nexus 9, a USB OTG cable, and a USB flash drive required for installing Ubuntu ARM64 with these instructions, you should really make a headphone UART debug cable as accessing the serial console with make it easier to spot potential issues during installation.

Not sure i want to install normal linux, prefer u touch, but this shows HW works

@nipszx
ARM64 is officially supported by Ubuntu. So I guess most packages will work.
How it’s possible some bugs still need to be fixed to have all Nexus 9 features work.

The instructions above are for booting from USB flash drive, and it does not affect your Android installation, and next time you boot normally, it will just go to Android.

Have you tried this headset -> UART adapter? Is it working? I have some troubles with doing my own

@kopasiak
I have not tried myself, but the person who wrote the instructions did.