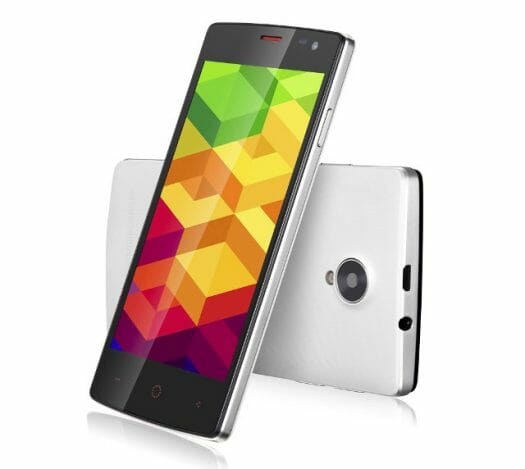 The phone ships with a battery, a USB cable, a power adapter for your country, and a user’s manual. It currently runs Android 4.4, but an Android 5.0 Lollipop firmware update is in the works. The Antutu score is said to be around 28,000 points. Ulefone also made a comparison table between their Be X and Moto G (second generation). 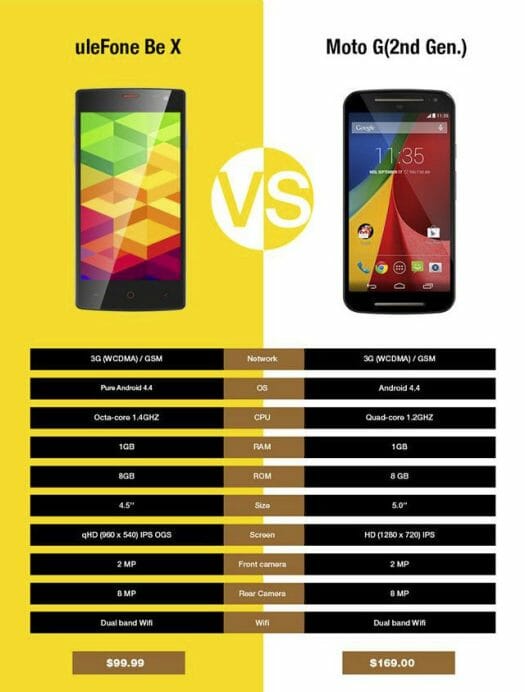 You’re probably unlikely to notice much difference between a quad core and octa core processor, especially with only 1GB RAM, and Moto G build quality is likely to be significantly better. The price difference is probably bigger, since Be X actually costs $89.99 including shipping, while Moto G (2nd Gen) price is now closer to $180 shipped.

You can find Ulefone Be X smartphone for $89.99 and up on GearBest, GeekBuying, DealExtreme, and some other resellers. You may also want to check out the manufacturer page for further details.

Well my moto g (2nd gen) runs lollipop; got an OTA for that one several weeks ago

More importantly, the Moto G actually gets updates AND has 720p screen. There is no way in hell I will ever go below, again.