BQ Aquaris E4.5 Ubuntu Edition may have been the first phones launched with Ubuntu operating systems, but the device is rather an entry-level smrtphone with Mediatek MT6582 quad core Cortex A7 processor and 1GB RAM. If you’d like a much faster and powerful Ubuntu phone, Meizu MX4 Ubuntu Edition will be announced at Mobile World Congress 2015. 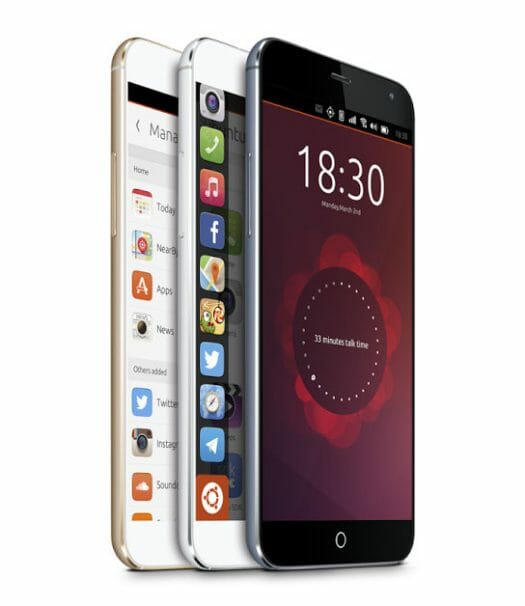 The specs has not been disclosed yet, but it’s highly likely the hardware will be the same as the Android version of Meizu MX4:

Ubuntu would then replace Android 4.4 based Flyme OS 4.0 in the handset. There’s no word about convergence, and desktop use, which could be feasible thanks to the MHL function of the smartphone, but we’ll need to wait until MWC 2015 starting on March 2, to find out.

Availability and pricing have not been disclosed, but it will hopefully sell for the same price as the Android version, starting at around $325 shipped for the 16GB version.

So will we get GPL compliant MTK for once?

If it connects to standard monitors and goes into full desktop experience where I can install any ARMv7 package — I am interested. Yet would prefer the phone to be ARMv8 64-bit, but probably will have to wait for 2nd gen.

MHL apparently works with Ubuntu Touch, as shown in https://plus.google.com/u/0/+KevinGunnCanonical/posts/R5Ey6A72VhS

@Simos: you mean in the last few seconds of that youtube movie? Could be. If so, and if you could really use your phone as a desktop, that could be a revolution. And it would mean I would have to buy a monitor … since switching to laptops-only somewhere in 2008, I haven’t owned a monitor anymore

@Sander: monitor or even better a TV, as long as either have HDMI input. It’s cool to use a laptop with a big TV as external monitor.