Google has just announced the release of Android 5.1, still called Lollipop, which mostly improves performance and stability, but also adds a few features. 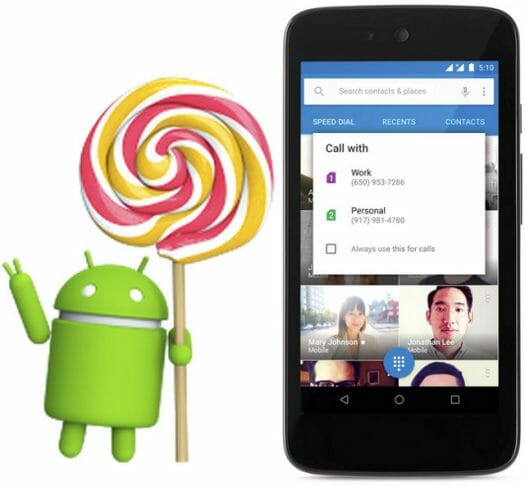 There are at least 4 main additions or improvements on Android 5.1:

Factory images can already be downloaded for Nexus 5, Nexus 10, and Nexus 7 Wi-Fi (nasaki), but Android 5.1 firmware should eventually become available for other recent Nexus devices too.

You should be able to get the source code from AOSP with the commands:

@arcko
I hope I have not jumped the gun here, but I saw Google claimed support for multiple SIM cards, so I assumed 3 SIM cards should be supported, as I’ve found some (olders) phones with 3 SIM slots.

Any new stuff in 5.1 code on the video/audio media playback side?

Or maybe some news in 5.1 related to Android TV under the hood?

@Harley
I can see some changes for Google ATV (9 changes) and AV framework (218 changes) in the Changelog in comment #1.