So now we have the technical specifications of the dongle, which unsurprisingly also feature RK3288 processor: 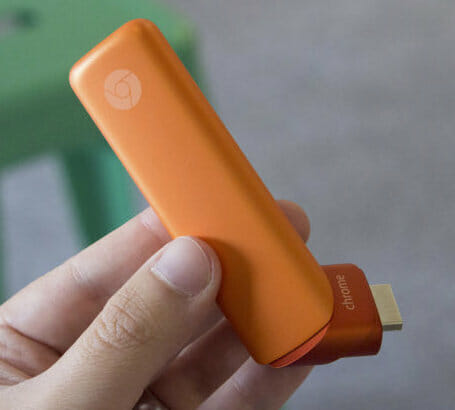 It’s quite likely the Rockchip processor won’t run at full speed, at least not for a long period of time, as it’s likely to overheat in such small form factor, but for most use cases it should not be noticeable. They’ve decided to go with a swivel, which makes it easier to hide behind the TV.

It will cost less than $100, and other PC manufacturers are expected to launch Chromebits too.

Why would anyone buy this, when you can get a stick with the same processor and full Android for less?

Hopefully, after it comes out firmware can be ported why buy this? It’s the flagship of the flagship killer. Allot nicer than these mfq10000 sticks even I enjoyed, I dunno it’s wearing thin, this android TV. Hey look: no free sample! Shucks….