EZcast adapters are HDMI sticks supporting Miracast, DLNA, and EZcast protocol that were launched in 2013. I tested a few with Tronsmart T1000 and Widicast EC-E2, and they did the job mostly as advertised, but suffered from lag in Android, mostly affecting games, as well as poor performance with Windows, at least with the firmware I used. Tronsmart has now launched new models including Tronsmart T1000 Plus with 802.11ac WiFi, and Tronsmart T3000 with Ethernet that should fix most of these issues. 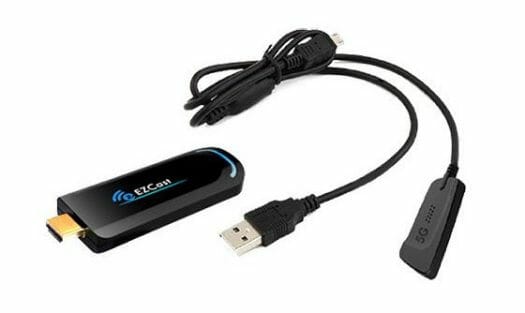 The dongle comes with a cable including 802.11ac module & USB power, as well as a quick start guide. It uses the same EZCast app for Android and iOS as previous models, and sells for $26.99. To enjoy the 802.11ac benefit you’ll obviously need a phone supporting the latest WiFi standard. 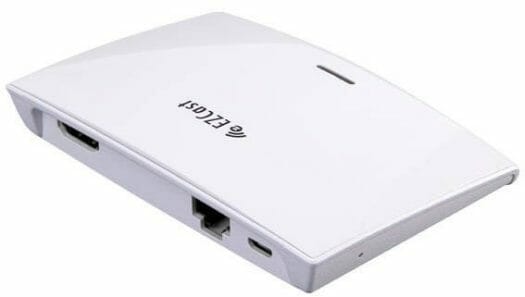 The adapter ships with an HDMI cable, a 5V/1A adapter, a USB cable, and a quick start guide. The Ethernet connection will be most useful when using EZCast with your Windows PC, while the WiFi connection will be for mobile devices. Tronsmart T3000 can be purchased for $34.99.

would be cool to root/hack them

I prefer miracast from TVs
EZcast has really bad implementation.

I think chromecast already uses DLNA (universal plug n play) so the extra you’re paying with the tronsmart is for 802.11ac?

I wonder why no one has made a low cost version of the $200 airtame device, which allows client-to-client streaming and screen mirroring/extending among other features.

@ben
Chromecast uses DIAL by default, but there might be apps for DLNA support too.
EZCast should support most AIRTIME features.

Does anyone has some information who is OEM partner of Tronsmart for these devices?