Last year, Intel unveiled Core M Broadwell-Y processors with 4.5W TDP aimed at laptops and tablets, and offering a middle ground between the performance achieved by Atom/Celeron/Pentium processor and the more powerful Core i3/i5/i7 processors. CPU World has now released details about the new Skylake-Y Core M processor that still feature 2 cores and 4 threads, as well as a TDP of 4.5W. 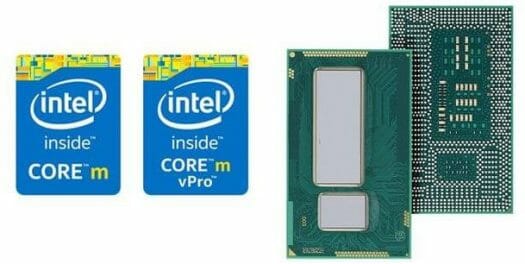 There are now four models:

The processors have the same number of cores and thread, the same amount of L3 cache, and the same HD515 GPU, which the only differences appearing be to the CPU and GPU frequencies.  The SoCs are sais to all have up to 2 SATA 6Gb/s ports, 10 lanes of PCI-Express interface, 6x USB2 & USB3 ports, eMMC 5.0 interface, as well as support for DDR3L-1600 and LPDDR3-1866 memory. Although they are rated at 4.5 Watt TDP and 3 Watt SDP, they can also run at 7 Watt TDP (cTDP up) if need be.

None of the processors are listed on Intel website at this time, and information is limited, but there are some benchmark results for a system based on M3 6Y30 processor, which you can compare to other systems. 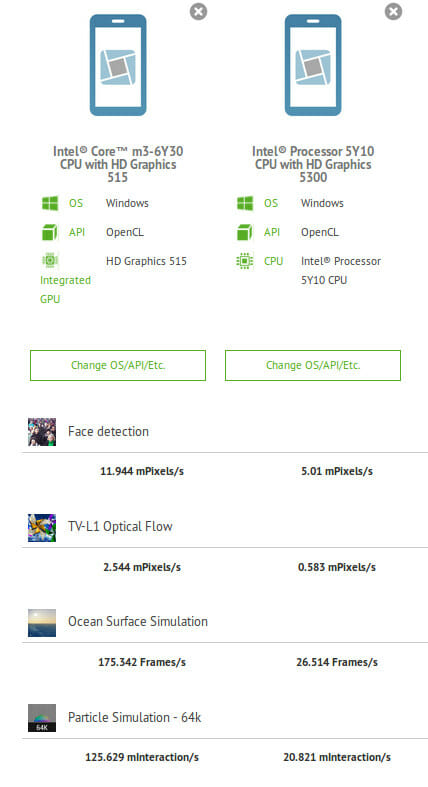 Several products based on Skylake-Y processors have already been leaked to the press including HP Pavilion x360 and HP Spectre  X2, as well as an update to Asus Zenbook UX305.

WHOA eMMC?! Has that been on Intel chips before?

I sincerely hope we’ll finally see laptops use such chips to get some long-lasting battery runtime again. Laptops have become amazingly crappy these last years.

Will these aupport Android OS? Like Android TV set-top boxes?