If you are interested in portable game consoles to run emulator, but can’t quite justify paying hundreds of dollars for device like Pyra or GPD Win, and Android game consoles don’t exactly fit your needs or match your expectations, PocketC.H.I.P based on the $9 C.H.I.P board, and part of the original Kickstarter campaign could be an interesting option, as it is now available for pre-order for $49. 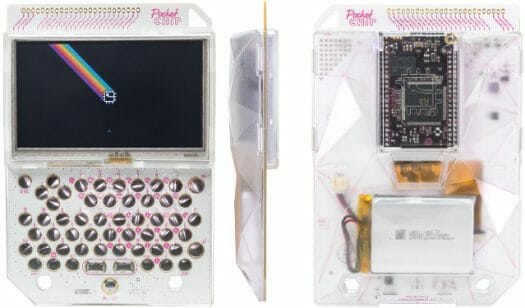 The announcement, which I received from their Next Thing Co mailing list, also included the news that PiCO-8 game making tools (normally $15) will also be included in the kit at no extra cost. 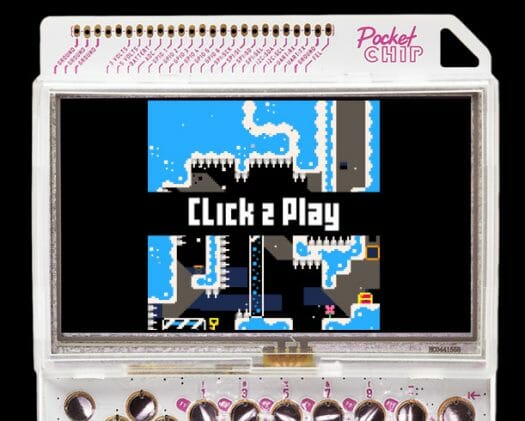 PICO-8 emulates a console with a 128×128 display  (16 colors) supporting up to 128 8×8 sprites, and playable with two 6-button joysticks. The interesting part is that beside playing games for free, the program also let you modify the sprites, map, audio (SFX and music) as you wish.

You could also use PocketCHIP as a portable Linux device since it features CHIP board, and if you want to do some other work, you can also easily remove CHIP board from the case, and use it as standard ARM Linux development board.

PocketCHIP pre-orders will be shipped in June 2016, right after Kickstarter backers have been sent theirs. I’m also expecting a PocketCHIP sample in the next few weeks, so you can expect a review soon.