GPD and JXD are two companies specializing in portable game consoles, and in recent years, they seem to have focused on ARM based platforms running Android, but GPD has consulted with Dingoonity community (registration required to access pictures) for an upcoming Windows 10 hand-held console powered by Intel Atom x5-Z8500 processor. 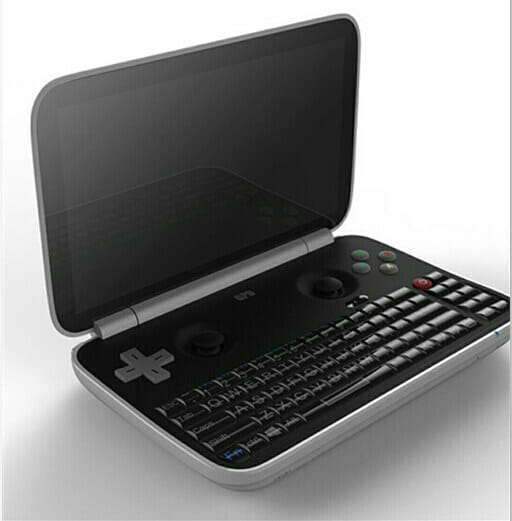 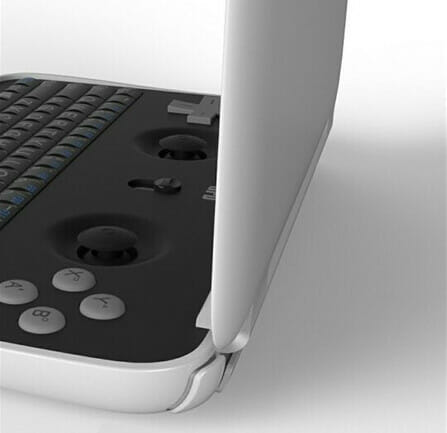 The operating system will be Windows 10 Home, which I suppose is free of charge because the display is smaller than 9″, but the company is also looking into the possibility of providing a dual boot Windows/Android version. If you are interested in such device, but would like some changes, you can still try to influence the company’s decisions on Dingoonity forums.

Thanks to Rafael for the tip!

Very interesting, any price info yet?

@OK
I could not find anything about price. I did not read the full 32 pages of comments though.
But since they are still trying to finalize the specs I don’t think they have decided the price yet.

@TLS
Then it’s better to wait for/go for a DragonBox Pyra https://pyra-handheld.com/boards/pages/pyra/ IMO

Game console that based on low-power, low-performance CPU? Wanted to see Crysis on this console 🙂

Well this could be exciting but when you stop to think about it ….. It’s not like the Atom cam play the latest Windows games out there and for emulators, Android games and the rest you can get a much cheaper ARM game console.
Also let’s not forget that a 7-8 inch tablet with Atom is not that expensive. Couple that with a game controller and you have much cheaper ( although not as nice and compact ) version of this.

I agree GPU is junk for gaming even if they are smart enough to go with android os that gpu is weak but on windows it is completely useless. That said it would be good for penetration testing (is 64 bit chip if they don’t lock down with 2 bit eufi) or the rare instance i need Windows like updating Garmin maps or flashing a recovery. If the price is under $200 would probably be worth putting Kali Linux on it.

Hello,This is kendy from GPD company.Thanks so much for your kind support for GPD!!The GPD Win is still in the design and modify process.we will try to make it fast,but we need to considering many,so it may a little slow.please be patience for it.we hope and try to make the GPD Win can meet most of you imagination.Also we need the good recommendation from you all.our official facebook is Kendy zhu.if you want to know more information,please be free to add friend with me.Or welcome to join our discuss about GPD Win on the Dingoonity forum. once i get the… Read more »

kendy : Hello,This is kendy from GPD company.Thanks so much for your kind support for GPD!!The GPD Win is still in the design and modify process.we will try to make it fast,but we need to considering many,so it may a little slow.please be patience for it.we hope and try to make the GPD Win can meet most of you imagination.Also we need the good recommendation from you all.our official facebook is Kendy zhu.if you want to know more information,please be free to add friend with me.Or welcome to join our discuss about GPD Win on the Dingoonity forum. once i… Read more »

@Fossxplorer
Really? Omap 5? wtf even TI stop making them 2-3 years ago
IMO project is dead even before start

I hope they’ll do a 7” HD touch screen version…
This should be a good console.

Would like to make several points. First, This is a wonderful idea for a device! Well done GPD! Next, loose Windows, It’s not needed and because of the security problems, not wanted. Android is great. Next, the power button needs to be moved out of the way[based on the pictures above] to avoid accidental button presses and unintentional power-downs. Next, make the battery user replaceable. Last, increase the screen size to 6″.

well, the main focuss of this device is opening a new market with windows, then is sense to think on including windows on it. XD more than this, GPD commented that most probably will release a DualOS firmware to flash the device for people that want DualOS (Android and Windows) or, if you prefer, can remove directly Windows and keep Android. My preferences (and from many other people) is dualOS, because i want to use both of them, but is ok if GPD can release a firmware to provide to us this function. About removable battery, well, GPD answer that… Read more »

@Deen0X Those are some good points. And I agree that the ultimate choice needs to be with the user, whether they want Android, Windows or both. Hopefully, GPD will be wise enough to make both Android 4.4.4[many still prefer it for customization reasons] and 6.0.1 available and skip 5.x as it has to many issues. The removable battery issue is an important one for the reasons you mentioned, using extended batteries and replacing worn out batteries more easily. I’ve already had to search for and replace batteries for my Archos Gamepad, JXD S7300B, GPD Q88 and GPD G7. I have… Read more »

Gpd should really do a 7 inch version‚ because windows 10 desktop is really hard to manage on a small screen. And i hope they’ll let the BIOS open with possibility to install other OS like kali linux or ubuntu.

@dawning, Windows 10 come with metro interface that is focussed for small displays. standard desktop is another thing. even in 8 inches is hard to manage (i know because i use a 8″ windows tablet every day) traditional desktop was developed for mouse and keyboard usage (and last time, most focussed on mouse) maybe GPD can consider on adding some sort of optical mouse similar to what implements Viliv N5 device Adding this small piece of hardware you can get a very functional mouse implementation on the device, and make it so easiest to use windows with this (better than… Read more » 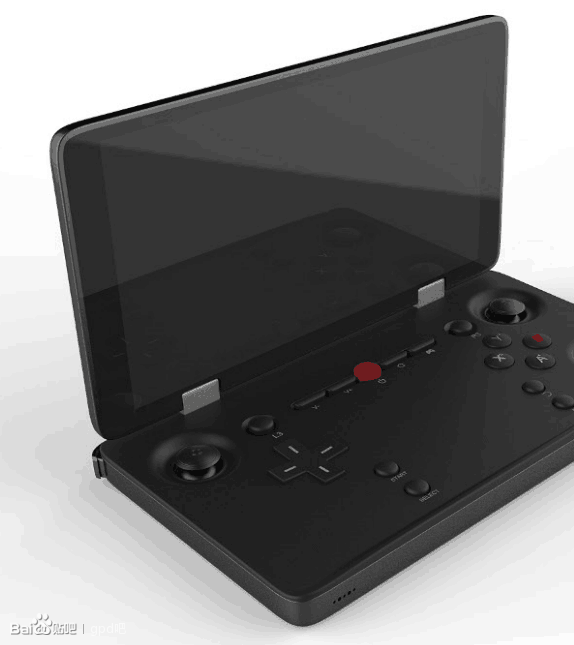 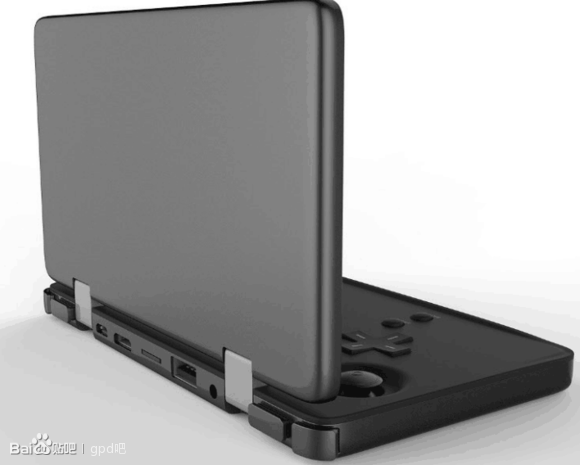 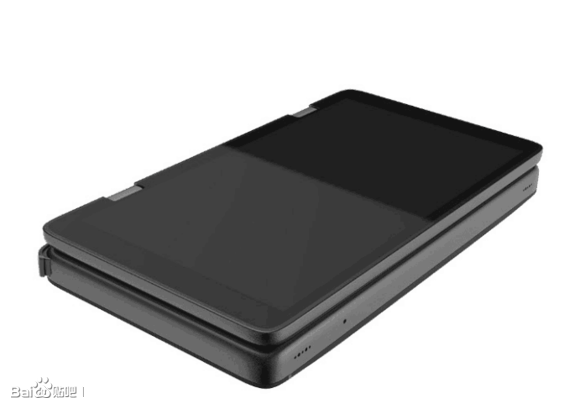 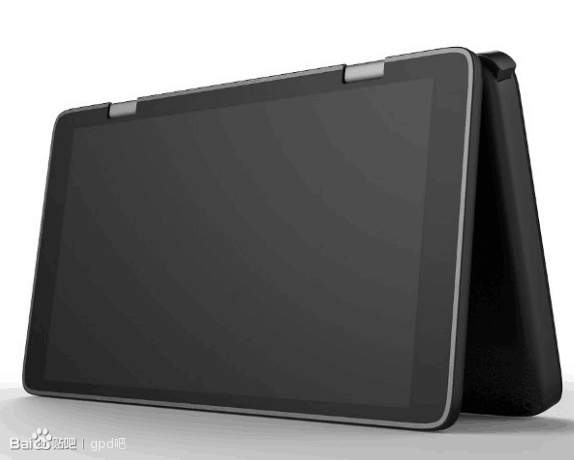 Is making a tablet mode possible in the future? Where the screen pivots and folds back over the keyboard for touch centric applications or to use as a reader or touch only browser? The concept is nice, I owned a Fujitsu U810 and loved the fact that I could use just the touch screen while holding it like a tablet. It had a 5.6″ screen and it worked quite well for most applications using Vista, I can only imagine Win10 would be that much better, especially with the additional power to back it up.

there is another device, the GPD-XD2 that will be yoga style (check my previous post), but there is no news about this running windows.

about GPD-Win, they announced today that the device wifi was upgraded to 5GHz!

@Deen0X I’ve always thought the yoga style was a horrible idea, it exposes the keyboard to input and abuse while removing it’s functionality. The pivot and fold style protects the keyboard and has a better look/feel because you can use the solid back of the tablet to hold it rather than griping the keyboard. While I’ve considered getting the GPD-XD, I wouldn’t get the XD2 unless it had significantly better specs, and likely would never use the yoga position for anything, except maybe to stand it on edge to watch video, but I’ve got a $3 stand already that I… Read more »

i understand your point. time ago i own an Asus T91MT (http://www.umpcportal.com/wp-content/uploads/2010/10/SN13293A_specs6.jpg) and yes, is comfortable for usage, but have a big problem, if consider on a device like a gaming console: because their focus include childs (and people that are not so cautions that people usual to UMPCs devices) a pivot piece may be so fragile. thinking on this, most breaks of the device will be asked to manufacturer or reseller for returning money or replace the device. GPD will prefer to use a strong solution. In fact, current XD hinges are even better than original Nintendo 3DS. I… Read more »

@lexluthermiester
Windows is great, android is crap (total), your view on this topic is stupid and brainwashed, loose your stupid comments like you did by yourself and don’t pretend your opinion is the all people opinion or has any value. it doesn’t.

@cortex-a72 Quote; ” Windows is great, android is crap (total) ” Your opinion is not shared by everyone, or even the majority for that matter. Each has it’s merits and problems. For THIS kind of device, Android makes more sense on many levels. Quote; ” your view on this topic is stupid and brainwashed ” Is there a reason why you are being so aggressive? It just makes you look like you have the maturity of a child. Quote; ” don’t pretend your opinion is the all people opinion ” I didn’t and don’t. In my circle of friends and… Read more »

@lexluthermiester you re right, Android is very good 4 gaming, media player n more… each day better apps n ecosystem improvements like manual camera, wired n wireless display… so i really enjoy android… I dont use win several years, neither home, work, mobile n server, but in dept.stores i try a few win tablet n the ui is not prime time, feel unconfortable n hang w/bsod in camera. the only good of dual boot is the support of uefi, so i can format win n install Linux… i m waiting a gpd/jxd 7/8 inch, but hd. i like q9 but… Read more »