[Update: While Xiaomi is a minority investor of YI in China, and YI products are sold in Xiaomi stores, Xiaomi does not own YI Technology nor does it own, produce or design any of its products. Therefore any mentions of Xiaomi in the article should be read instead as “YI Technology.”]

Xiaomi is about to launch a new 4K sports camera with Xiaomi Yi 4K powered by Ambarella A9SE dual core Cortex A9 processor and supporting video recording up to 4K @ 30 fps. 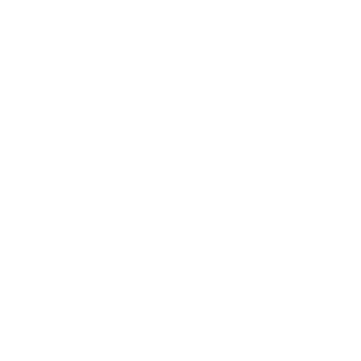 The specs of the new camera is actually pretty similar to what you’ve got on GoPro HERO4 Black camera, plus some improvements as the comparison table below shows. I found the data on GeekBuying blog, so it could not be entirely unbiased, but it still gives an idea.

AFAIK, Xiaomi has not officially announced the new camera yet, but following earlier leaks, several resellers have now listed Xiaomi Yi 4K Camera 2 on their website for $249.99 on including GeekBuying and Banggood (now $235), with shipping scheduled for June 15, 2016. For reference, GoPro HERO4 Black sells for $499.99.

Nice!
Anybody any idea about the dimensions? Similar to the GoPro?
The sides seems to be round shaped. I guess it won’t fit into a GoPro case?

@DurandA
where i can find that in this price ? and how much the hero 4 silver ?
im going to Munich and Salzburg this summer and all i founded was very expensive , i know its not in Swiss but maybe you know where i can find them in good price there .. thanks !

I don’t know about Germany, but the VAT is 19% there while it’s 8% in Switzerland.

Will it support external mic?

+1! I have the same question! But anybody knows if the micro-USB microphone (or adapters to jack 3.5) works with Xiaomi Yi 2 🙁

@DurandA
Yeah but im non EU citizen so i get VAT refund …any store recommended to check ?

@Orabu
Check http://www.preisroboter.de, maybe you’ll find online retailers having also physical stores. I’m closer to France so I have no experience in shopping in Germany.

@DurandA
Image stabilization is far superior, newer technologies and what not. When comparing these 2 cameras the gopro is the underdog so its price tag is quite fair.

We don’t suggest people to get the chinese version of Xiaoyi Action camera ii if you don’t live in china.

We sell the official international version, and we don’t want to fool our customers with china version Yi action camera ii.

As far as i know, they are not on the list. but if they really sell the international version, their price should change to 250usd as Xiaoyi price rules.

But anyway, we don’t care about this too much, just want to inform the customers to know the difference between chinese version and international version.

You guys should check this. Now Geekbuying is the unique official reseller of Yi Action camera 2.

I’d like to know too ! I would love an allowance of Micro-USB to jack 3.5 like the Hero 4 ! It would be the only bad mark on the paper if not !