Karl here with Tanix TX5 Pro S905X review. This is my first s905x box. I am splitting this into 2 parts because software is not quite up to snuff yet. I ran into some issues with language reverting back to default which is Chinese. This happens so frequently it is unbearable. I can almost read Chinese now. Youtube only shows green square with audio, and finally most apps show incompatible in the Play Store. I have notified Gearbest who is going to contact the manufacturer. On the bright side I am very pleased with UI compared to the s905 boxes I have reviewed.

The box is a matte plastic and picks up fingerprints easily.

I am pleased to see a new launcher…seems pretty nice and is easy to use.

I haven’t stressed the box but the thermal design seems fine. Metal slab with thermal pad making contact with CPU.  Button to put the device in flash mode, which typically is in the AV hole, is on the bottom of the device. Registers as a worldcup device with the drivers that I already have installed. I did some initial testing with S/PDIF, Kodi, and passthrough settings seen below and I got digital audio on my 5.1 receiver on all of them but I did have some audio clipping. 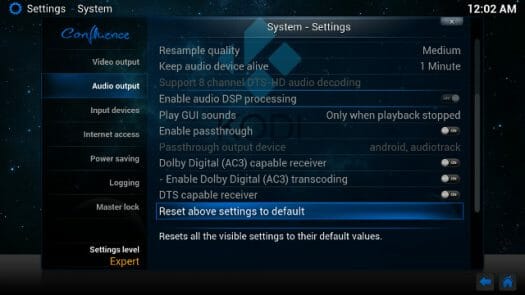 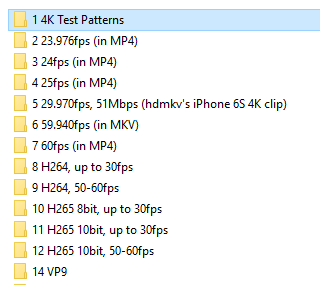 I was also able to play most of my 4K test clips in either Kodi, MX Player, or built in players with the exception of the 60fps fluidly. I also found that the device had been booted once and factory test tool was in memory. I tried to find a way to launch it but was unsuccessful. I installed chrome and navigated to Youtube and requested the desktop site and was able to request 4k video but again green screen.

This is promising. I believe that once they get some of the bugs worked out it will be a good box. But until then I would wait. I can’t find a website for Tanix to give feedback. “Along” marking on the PCB could point to Shenzhen Along Electronics as the manufacturer.

I would like to thank Gearbest for sending the box for review. Hopefully they can light a fire under Tanix and get the software fixed.

In case, you’d like to purchase the device despite the current firmware flaws, you can do so on GearBest for $46.35 shipped. Other shopping options include eBay, GeekBuying, and Banggood.

[Update: The second part of the review is up @ Tanix TX5 Pro TV Box Review – Part 2: Modding and Testing]

Seem to have the same problems I’ve seen in other reviews of this box.
But good review overall.

@Greg Dalton
I feel most people will be better off with Amlogic S905 based devices. Amlogic S905X TV boxes are currently more expensive, and the processor only really makes sense in Xiaomi Mi Box (US) since it will support YouTube 4K.

I was sent some new firmware. I will check out tonight.

@Jean-Luc Aufranc (CNXSoft)
Is this firmware corrects the problems mentioned in the review?

@Jean-Luc Aufranc (CNXSoft)
Any chance you got a firmware link for TX3 Pro and TX5? They are also Amlogic S905X boxes from Tanix with lower specs.

@Jean-Luc Aufranc (CNXSoft)
Hi, This firmware does not load, it is a .img file and only .zip seems to be recognized by box.
Renaming it to .zip also does not work, this gives a load error.

It is for USB burning tool. Have to burn with pc

Firmware resolves YouTube language and play store incompatible. I will finish the benchmark part if the Review

So, Cnxsoft is the Tanix TX5 firmware you posted an update ? Does it resolve the issues with Youtube and the Playstore and the language issue ? Or is it just the firmware ?

@John
I’m not doing the review. Karl is. See his comments above.

@Jean-Luc Aufranc (CNXSoft)
Thanks! I tried TX3 Pro firmware and it fixes all the issues i had with it. If they fix the TX5 model then it will be a real contender to Mini M8S II. TX5 has no WiFi problems like M8SII has.

@Dim
Can you tell, how you perform update firmware in steps? Did you use USB connection to PC or through USB Flash/SD card? Thanks

@Sunil
What happens after your select OK?

It asks to select the Chromecast device it found and then switches to Chromecast if availble
If I remove Chromcast, keep asking same thing again, “PLease select device” OR “No device found”

Anyone else having problems with Plex? I can’t get Dolby digital or DTS to output sound. Using toslink. Spdif is enabled in settings and I have force direct play in Plex. Works fine on my minix x8-h. I tried the original & updated firmware. Tx5 pro box

Hi boys,
Do you know if there is any way to jump from an app to another, or to close running apps? I mean, like in every normal Android devices… I can’t see the standard Android buttons, nor the Minix A2 air mouse can solve this problem. Please… it is crazy that we need to go home, then open options, the go to apps, just to close any apps! Or go to home and reopen an app, if we just want to jump between open apps… Thanks.

you can download app killer from the Play Store, and then put the widget on the front screen. So everytime you want to kill tasks, just click on that icon.

It actually dropped to $43 at Geekbuying.

Does anyone know how to speed up the mouse user on the remote. It’s very slow. Also is the firm ware good to use and what does it help with? I’m on the TX5.

@Glen
I don’t think there’s a way. I find using the mouse with the IR remote is torture. You’d better use an air mouse, they sell for just over $10 now, possibly with IR learning function if you want to turn on the device with the air mouse too.
Alternatively, if you prefer you can use your smartphone with RemoteIME / Smart iRemote app -> https://play.google.com/store/apps/details?id=com.rcclient.RemoteIME

Does it support dolby true hd or dts hd 7.1 sound when connected to a av reciever via hdmi with the help of kodi or any other built in video player?

Install LibreElec and you have a mighty little box! Install it on micro sd card and you can always boot into Android. Only thing missing so far is more Kodi remote controls (tx5 pro doesn’t even support playback buttons?) and suspend/resume is not working (box does go to standby, led from blue to red, and on resume back to blue but screen stays black) For those having doubts between 905X or 912 amlogic boxes, nobody is creating LibreElec builds for the 912..! Oh, and the ‘reset-button’ update does not work since few latest tx5 pro firmwares. Create a fake zip… Read more »

@Faysal Have got DTS-MA working through HDMI (with LibreElec) and framerate is adjusting nicely (does not work on originally installed Android Kodi). LibreElec has butter smooth playback. There is an issue reported with 23.93something FPS but didn’t run into that myself yet.

cnxsoft :
@Greg Dalton
I feel most people will be better off with Amlogic S905 based devices. Amlogic S905X TV boxes are currently more expensive, and the processor only really makes sense in Xiaomi Mi Box (US) since it will support YouTube 4K.

I had 4K60 Youtube running fine on the TX5 Pro with 905X. Latest firmware (October) on Android Youtube app.

@LaK
Youtube 4K should be limited to devices running “Android TV” OS. It’s still possible to search for 4K videos in Youtube in “Android” TV boxes, but there are played at 1080p60 maximum.

You can open Favtory Test Page with an AirMouse and the combination key Fn+F10 (that is Fn +0). It’s a page with many information (about lan, ip, memory etc). I did not tried to press a key to this menu because I did not recognize the foreign caption.