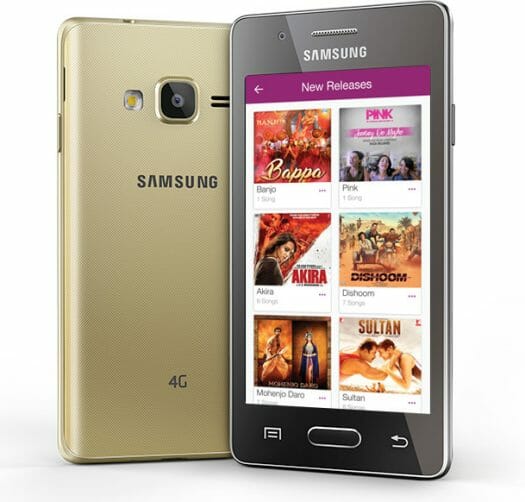 Tizen Z2 is definitely an entry level smartphone as the specification show:

The device caters to the Indian market with Samsung’s ‘Make for India’ features such as the “Ultra Data Saving mode, S bike mode and the new My Money Transfer”. The phone also includes a preview version of Jio services to access music and videos on demand.

“Tizen Z3 is definitely an entry level smartphone as the specification show:” You mean Z2, No?