Xiaomi has launched two new upgraded models based on their Mi Box 3 TV box powered by Amlogic S905-H processor, with Mi Box 3s with Amlogic S905X-H and 2GB RAM, and Mi Box 3c with Amlogic S905-H and 1 GB RAM. Beside the box hardware changes, the most significant updates are the replacement of MIUI TV interface by allegedly the first set-top box system with AI in the world, which the company calls Patch Wall, as well as Mi Touch IR remote control which include a touch ring in place of the usual arrow keys (3s only). 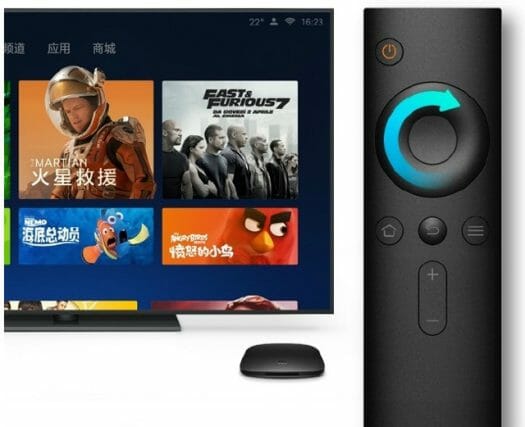 The table above shows Xiaomi Mi Box 3 and 3c have the same hardware features, but the new model is cheaper and includes PatchWall. I could find exactly English explanations about the artificial intelligence part, but the video embedded below in Chinese seems to implied the user interface will evolve with your preferences over time using deep learning technology. I’m unclear whether it will be similar to suggested videos in YouTube, or the system is more advanced.

The two new models are only for the Chinese market, with Xiaomi Mi Box 3c selling for 199 RMB ($29), and 3s for 299 RMB ($44). Since Xiaomi has started to enter the US market with one Xiaomi Mi Box model, it might be possible that Patchwall also get introduced to other markets, and not only China.

Via Liliputing and MIUI Forums.

The tech industry latching onto AI is probably one of the most stupid things to happen in recent years, it means absolutely nothing and covers something as simple as a basic algorithm that scans what you watch then offers suggestions exactly like this and a whole bunch of other stuff has already been doing for decades.

@Dan yeah it helps to find more of the same and hide what you don’t like. If used excessively, effectively robbing you of a diversified view (like for people made facebook their primary news aggregator). however there are a lot of cases where it might be useful : basically anything where, if you had money, you’d hire an assistant to do it… but at least for me that’s almost always utterly useless because : – it can’t go shop groceries, clean, iron, … – i don’t use silo’s (i shop in multiple stores, watch on different services, …) so it… Read more »

Xiaomi Mi 3s is listed on GeekBuying: http://www.geekbuying.com/item/Original-XIAOMI-Mi-Box-3S-4K-HDR-Android-Media-Player-374265.html About Patchwall: The newly launched Mi Boxes are powered by Xiaomi`s exclusive AI-based PatchWall interface. These are some of the very first smart TV gizmos to come with AI support. PatchWall -The magic Artificial Intelligence TV System, Your Intimate Companion An artificial intelligence-based system, PatchWall carries out indepth learning about our TV entertainment habbits to get insights from the audience , besides the contents they prefer. AS time passes by , it will intelligently recommend the TV sources according to your preference. In other words, the audience do not have to look… Read more »

Even cheaper than us one with free shipping

Too bad they removed the MicroSD slot but USB is still 2.0.

Are these same as the US one with proper support for Netflix/HBO and such? Gearbest is telling that only Chinese language is supported.

@Bon
They are for the Chinese market only, so officially only Chinese language is supported. You might be able to switch it to English like the other Xiaomi boxes, but usually I would not recommend those outside of China, or if you can’t read Chinese.