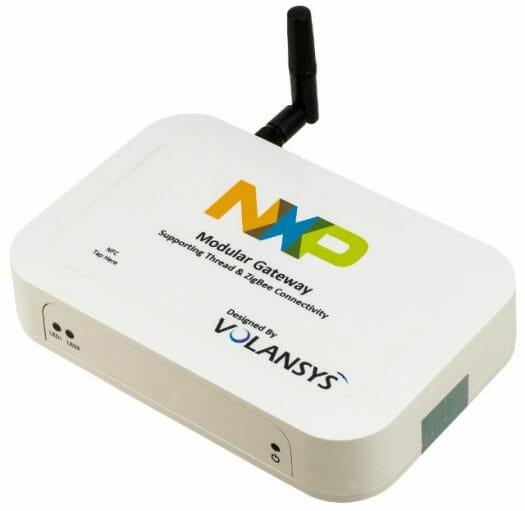 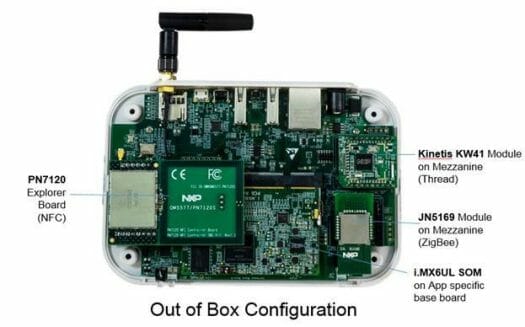 So you can select your own i.MX6UL module with the amount of memory and storage needed, and add wireless modules as needed to match your requirements. Volansys is also planning for LoRaWAN and Sigfox modules in the future. Beside the hardware, the gateway and modules all come with various software stack and documentation: A Yocto Linux BSP with drivers, an MQTT client library, a Thread Linux host software SDK, Thread and Zigbee device controller, registration with the cloud, and more. The companies also provide an Android app to manage the gateway, and firmware for Thread Kinetis KW4x end device. Alternative operating systems supported include OpenWRT and Brillo. 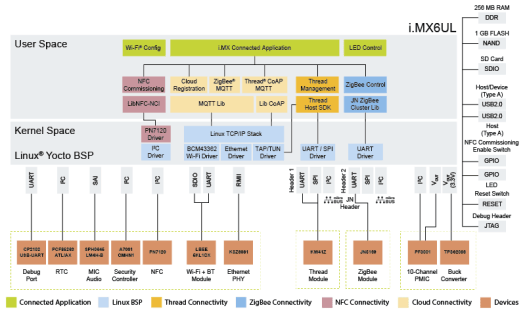 NXP Modular IoT Gateway is available now for $269 with the default configuration, and you’ll find more details with documentation and datasheets as well as a purchase link on NXP Modular Gateway product page and Volansys website.

WizNet is also introducing a BLE to Ethernet Gateway with open source firmware using their well known Ethernet chip and a nRF52.

Should be a lot cheaper than this!

The source code is seen in its website, has anyone found it?

@TonyHo
The software should be on NXP’s page in “Software & Tools” section. I have not looked into details.
It’s also possible that since it’s still in “pre-order” phase, they have not released the source code.