NVIDIA Shield Android TV may only be available in a limited number of countries, but if you happen to live in a country where it’s officially sold, it can be one of the best options due its hard-to-beat price to performance ratio, and official Android TV software support from Google & Nvidia. One features it does not support out of the box  is support for digital TV tuner, but linux4all has released an unofficial firmware image adding USB TV tuner support to Android TV (7.0) on Nvidia Shield Android TV 2015 and 2017 models. 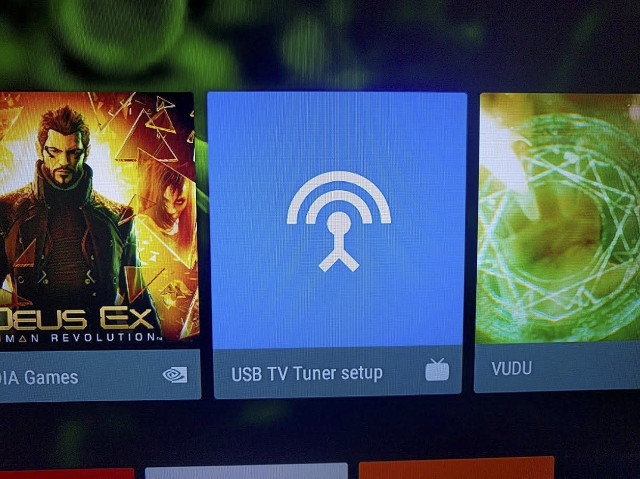 You’ll first need a supported tuner either Hauppauge WinTV-dualHD (DVB-C, DVB-T and DVB-T2), Hauppauge WinTV-HVR-850 (ATSC), Hauppauge WinTV-HVR-955Q (ATSC, QAM, Analog), or Sony PlayTV dual tuner (DVB-T). More tuners may be supported in the future. One you’ve got your tuner connected to Nvidia Shield Android TV, make sure you have the latest Android TV 7.0 OTA update, unlock the bootloader, and flash the specific bootloader as explained in the aforelinked forum post. Upon reboot you should see “USB TV Tuner Setup” in the interface. Go through it and scan channels. 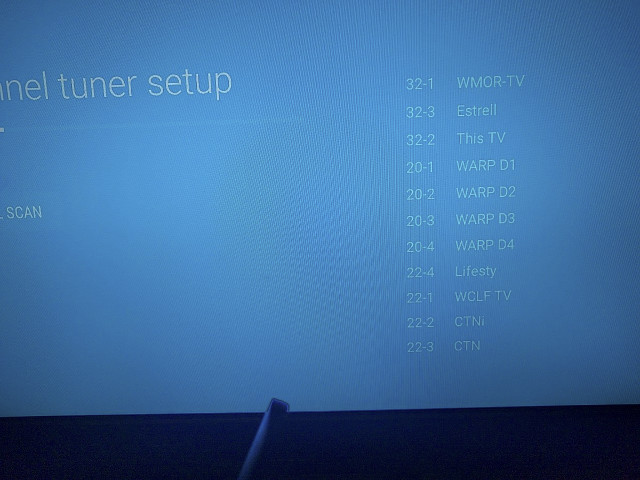 Finally, connected a USB 3.0 hard drive or micro SD card with at least 50GB and select format as device storage, and you should be able to watch free-to-air TV and record it as needed using Live channels.

If you are interested in adding more tuners, fix bugs, or possibly implemented this for another Android TV TV box, you’ll find the Linux source code with change history on github.

Note that it’s not the first hack to use USB tuners on Shield, as last year somebody used Kodi + TVheadend, so the real news is here probably integration into Android TV’s Live Channels.

Via AndroidTv.News, and thanks to Harley for the tip.

Would be even nicer if Android TV’s Live Channels could be accessed from Kodi someday.

Having that would make Kodi into an awesome PVR app for Android TV boxes with (USB) TV tuners.

As it is today you have to run Linux or Windows to have a PVR backend on the same box as Kodi: http://kodi.wiki/view/PVR_backend

@Harley
You can access any android app from inside Kodi if you go to programs android apps and find live channels. then when you close live channels you are back in kodi. Not sure if thats what you are looking for.

I have TVButler USB stick in my synology NAS. And in the nvidia box I have running Kodi with DVBLink plugin.
http://kodi.wiki/view/Add-on:DVBLink_PVR_Client