Devices based on Intel Bay Trail and Cherry Trail processors have been popular due to their integration into low cost system (for an Intel platform), but Intel did not prioritize Linux development for those processors, so while Linux could run, you’d have various problems with HDMI audio, system freezes, and wireless drivers, unless you used a custom kernel. The goods news is that Linux 4.11 will feature fixes for HDMI audio and system freeze, and so you won’t need a custom kernel anymore. Ian Morrison (Linuxium), who has been working on improving Linux for those devices since they were first released, has now released isorespin.sh script to automatically update any Ubuntu ISO image to the latest mainline Linux RC kernel built by Canonical, but not integrated by default in the ISO. 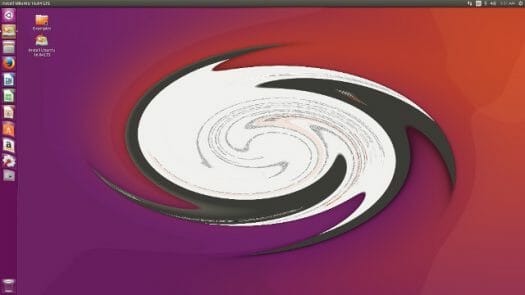 Once you’ve downloaded isorepin.sh and your ISO of choice, e.g. ubuntu-16.04.2-desktop-amd64.iso, you can update the ISO with mainline Linux using the following command:

The script will update the ISO with the latest Linux-4.11-RC4 kernel, but as new Ubuntu mainline Linux kernel versions become available, you’ll be able to update two lines in the script to match the latest version:

If you run this image on Bay Trail or Cherry Trail mini PC, you should get HDMI audio and no problem with the “frequent freezes” bug, but if you also need WiFi and Bluetooth support, you may have to run a few more scripts for Broadcom or Realtek wireless modules, and analog audio (headphone jack) support.

Somebody should look at USB 3.0 controller and USB devices as well.

I downloaded the Ubuntu-16.04.2-desktop-amd64.iso checked its md5sum but when I try to execute isorespin I get “file must be an Ubuntu iso… Exiting”

@Pratham
As my earlier comment is awaiting moderation because I included a link here is a revised version.

Is there a decent LibreELEC for Bay Trail? I’m thinking of putting that on my old HP Stream 7, think it would make a nice little media tablet.

@Pratham
It seems the unexpected error ‘File must be an Ubuntu ISO … exiting.’ is because the ‘file’ command appears to return a different result when running the script on a non-Ubuntu platform. Please make a one-off update to the script by running the command ‘sed -ie “49,53d;59d” isorespin.sh’ which should then enable it to run without issue.

Hello, I downloaded the script and the ubuntu iso. But I enter the command to run the script with the iso as parameter, it tells me “./isorespin.sh command not found”. I don’t understand why 🙁

@Shahin
Maybe you need to change permissions after the download:

Ah thank you! I will try it after my swimming lesson ! 🙂

It works! Thank you very much! 🙂

Does the script work on Lubuntu iso’s as well?

For latest documentation and examples of how to use ‘isorespin.sh’ including new features see http://linuxiumcomau.blogspot.com.au/2017/06/customizing-ubuntu-isos-documentation.html