When people think about Linux on Intel platform, they often believe it’s just as easy as flashing an Ubuntu ISO on a USB stick and install it on their computer. While that’s true for desktop or laptop processors, the low power Intel Atom processors for tablets such as Bay Trail-T or Cherry Trail are not well supported in Linux with various issues ranging from an incompatible UEFI binary to a complete lack of audio support. So far, most companies have not provided a decent version of Atom Z3735F or Atom x5-Z8x00 mini PCs with Linux, and all the work has been done by the community such as this Ubuntu 14.04 image for Atom Z3735F. But Rikomagic must have worked on a Cherry Trail Linux port, more exactly Ubuntu 15.04, for their MK36S Cherry Trail mini PC, and has now launched MK36SLE (Linux Edition). [Update: While most features are currently workings, HDMI audio is still not OK, but you can use speakers via the 3.5mm audio jack. See comment] 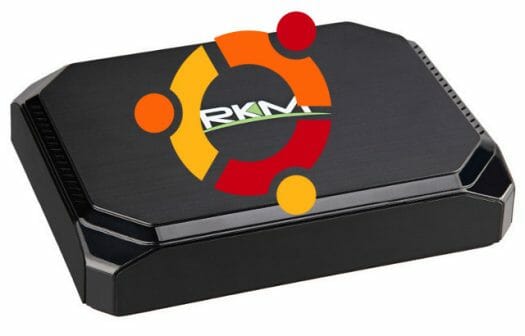 MK36SLE specifications are exactly the same as the Windows 10 version: 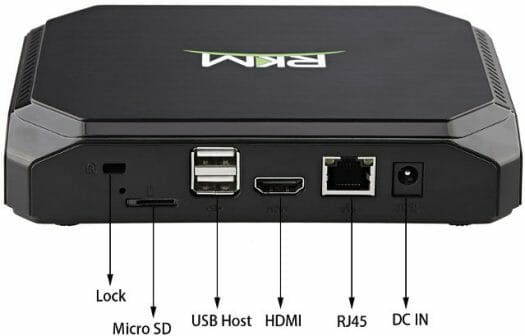 Rikomagic Cherry Trail Ubuntu computer is available for pre-order for 114.99 GBP ($174) on Cloudsto.com with worldwide shipping included, and scheduled in one week from now. It’s 5 GBP ($7.5) more than MK36S with Windows on the same site. MK36S is also currently available for $136.90 on Aliexpress, so hopefully the Ubuntu version will also soon be listed for the same price or a few dollars higher. The only other option to have Linux on Intel Atom x5 (that I know of) is UP Board, but it’s not on the market just yet.

any other distros like arch linux, does bootloader support it ?

This is just like Rikomagic, always picks a obsolete version of Ubuntu. Remember Picuntu? Same now, as 15.04 will be EOL by the end of January 2016.

MK :
This is just like Rikomagic, always picks a obsolete version of Ubuntu. Remember Picuntu? Same now, as 15.04 will be EOL by the end of January 2016.

Ubuntu 14.04 is the latest LTS version of Ubuntu. In theory that should be a good choice. In a few months, the next LTS should come out.

So I’ve asked clarifications to what exactly that means…

More details about audio and other features: Yes you are right, Baytrail & Cherrytrail have had their compatibility issues, on the Z3736 based MK36LE we had everything working nicely in Ubuntu but of course now with the MK36S we use the Z8300, currently working is; Wifi, Bluetooth, 3.5mm audio, GPU) right now the only grey area is HDMI audio. We will be working with Intel to resolve this as soon as possible. As we have a very diverse customer base (both commercial customers and end users) we have released the current version without HDMI audio. Many users will use a… Read more »

@porlock
Yes, I wonder as well. I bought it for this feature but … :-/

@GunterO
I asked Rikomagic, and they are counting on the Linux community to have this fixed…