Shenzhen SDMC Technology launched DV8219-LTE Android TV box with 4G modem powered by Amlogic S905X processor a while ago, and the company is back with a new model called DV8230-AP LTE with the same processor, but running Android 7.0, and what they call a “4G LTE router function”. 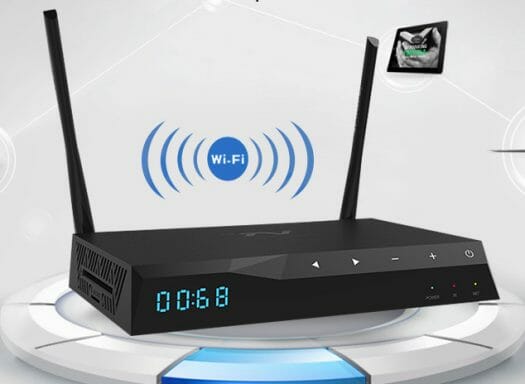 Apart from the extra RAM, the two external antennas, and WPS button, I could not see the difference with the previous model. Most Android TV boxes already support “portable hotspot” mode allowing to share an Ethernet connection over WiFi. So for example, if you are in a hotel room with Ethernet only, and happen to have a TV box with you, you could connect it to add a WiFi hotspot for your smartphone. 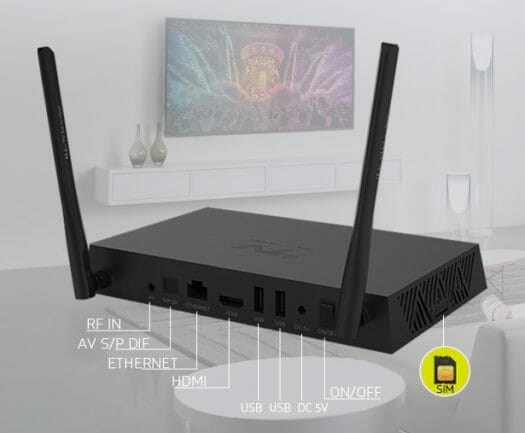 Since initially the company did not clearly explain that router function in their website, I tried to ask them for more details about the hardware and software related to that function, and after several email exchanges, I could find out there’s a “router module” inside the box, and that “you can still use the WiFi function when the box is in standby.” Later on, the company mentioned the box is using Topwell DXS-WRM50BC module powered by Mediatek MT7628NN CPU, and while I could not find details about that model, it’s probably a card like AsiaRF AP7620-MPE-1, but maybe not with an mPCie connector, that runs OpenWrt or an another Linux based OS.

You could visit the product page, but you’re unlikely to find many more details there. AFAIK, SDMC does not sell to individuals, only to resellers and distributors.

Thank you. You are absolutely a professional blogger. The difference between DV8230-AP LTE and others android tv box is the strength of WIFI signal. Because it built-in router hardware, the wifi signal is more stable and stronger.

Iam looking for a similar device,
An android tv box that has mobile sim 4g lte capabilities as broadband wifi is not an option
Android Phablets dont seem to have hdmi out to tv these days and only way to connect them to a tv requires wifi
Ive tried usual searches and found a few that as you say sell only in bulk.
Any info where i can buy an Android box with 4g lte sim card would be really appreciated.
Thanks in advance.
alastair