While it’s hard to keep track of all NXP i.MX6 boards and modules on the market, few can claim to be open source hardware, with the exception of OpenRex, and now SavageBoard, which I just found in Linux 4.11 release log. The board comes in three variants with Solo, Dual, and Quad versions, is equipped with 4 to 8GB flash, 512MB to 1GB RAM, HDMI, TFT LCD, MIPI DSI, and LVDS ports, Ethernet, SATA (Quad only), lots of I/O headers, and more. 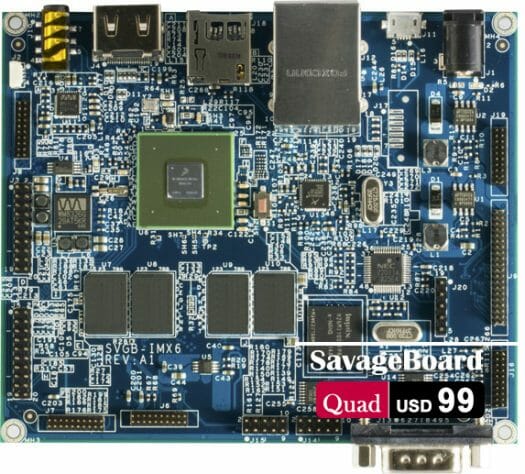 The company provides source code (SDK) and binary images for Android 6.0, the Yocto Project, and Arch Linux (ARM). You’ll also find the EAGLE and PDF schematics and PCB layout, as well as the gerber files, and mechanical files on SavageBoard website. 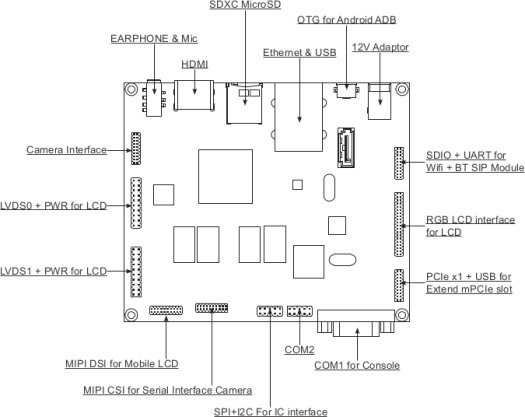 Not too bad an offer just missing the connector for pcie… Means you need an adapter with the correct cardslot. Maybe apple will start manufacturing those adapters ;-D

Extra: if you don’t need parallel camera or RGB LCD, you can reuse those pins as GPIO, about 40 more GPIOS in total maybe?

If you are lucky, you may also get out a few SPI, I2C pins out of them.