OpenRex is an open source hardware board powered by NXP i.MX6 designed by Fedevel, and the company has announced the release of Altium project design files including both schematics and PCB layout source files, as well as manufacturing documentation. 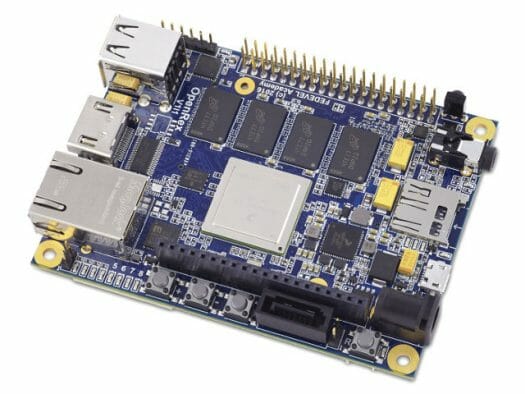 While hardware documentation is ready, and available for anybody to see and use, software documentation page is currently empty. However the company has already worked on NXP (previously Freescale) i.MX6 boards for several years, and provided Linux distributions built with the Yocto Project as well as Android image and source for their iMX6 Rex board. 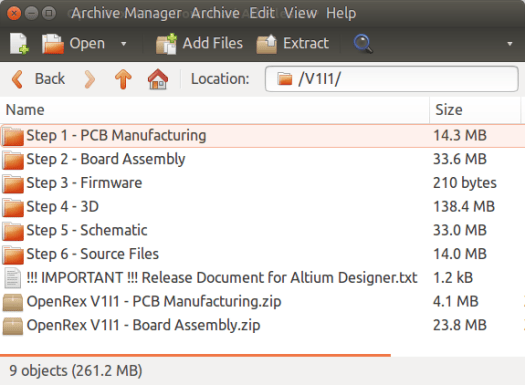 OpenRex is developed under Creative Commons Attribution 4.0 International license and all materials can be used for personal and commercial use, as well as for education with one exception: commercial educational activities such as paid courses, trainings, or videos as this is how FEDEVEL gets its income: paid hardware design and PCB layout courses. This limitation does not apply to universities.

The board will be mass-produced in Q2 2016, but so far pricing has not been decided, and the company is still asking people how much they’d be willing to pay for the board on OpenRex product page. The price range is likely to determine which i.MX6 processor will be used, and how much RAM will be soldered to the board.

very old compared with new SOC, it will be better with 64bit or cortex A15 or with newer technology.

Nobody is making a board with multiple camera inputs and almost nothing else and I believe there is some demand for it due to progress in computer vision algorithms. The i.MX6 processor looks like a decent vision processor but has been expensive…

@Jean
You might as well use a USB encoder, as unless you’re really tight for space, you’re not going to save much money using the native CSI interface of an SoC and you’re limiting yourself to the choice of chipsets.

At my previous company we were evaluating an IP camera module using this chipset http://www.sonix.com.tw/article-en-995-7860# connected to a cheap MTK router SoC that was going for less than $10 and that was a fully functional IP camera, not just the sensor, optics and controller/encoder.

@haze
It was not an easy decision to select the CPU.

We were considering to use a new CPU. However, one of the most important factors why we went for iMX6, is ability to use same board and fit different CPUs – SOLO, DUAL, QUAD…. This way, people can build a low power and cost effective board (SOLO CPU) or if they need, they also can build a board for powerful applications (when fitted with QUAD CPU).

Another important factor was software & community support, which is now quite good for iMX6 as there are plenty of boards available.

Interesting product, which Ubuntu version and which kernel version do you support, how about hardware accelerated GPU drivers ?

@robertferanec
c’mon, guys, imx6 and “cost-effective” don’t intersect, no matter “solo”, “duo”, “quadro” or else it is. you have chosen a very outdated processor/soc, all want 64-bit arm or at least the last armv7 cortexes – a15 or a17. And yet – is it true that freescale’s imx6 can’t give a 1Gbit/sec (700Mbit/sec is a maximum) for ethernet due to the soc’s internal bus restriction?

@cortex-a72 what specific CPU would you use?

@Peter Bauer
At this moment we work with two Kernels. We use and old Kernel 3.0.35 / Linaro 2011 for testing (it’s easy to modify and very stable) and we use NXP/Freescale YOCTO Kernel 3.14.43 / (has not been ported on OpenRex yet). Marek, who is helping us with software, is now working on the latest NXP/Freescale YOCTO, but I am not sure what version it is.

Clearly you don’t have a good understanding or appreciation for embedded development in the industrial landscape. The i.mx6 has a 10 year (or more lifespan) from initial production. This becomes an important factor when choosing a SOC for a new product ie automobiles

You are trying to compare table/mobile SOCs which barely have 2 year life span with little or no software support, so there is no comparison!