NanoPi NEO 2 board has just got an update with NEO Plus2 board featuring the same Allwinner H5 processor and Gigabit Ethernet connectivity, but FriendlyELEC updated the RAM from 512MB to 1GB, added an 8GB eMMC flash, a WiFi & Bluetooth module, and an extra USB port. 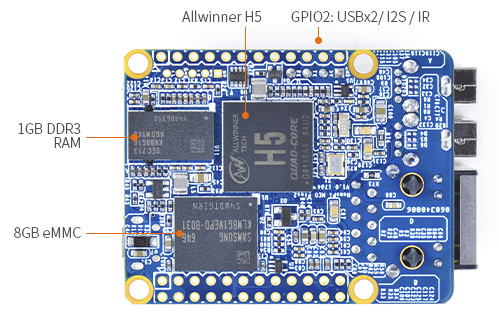 The header pinout and spacing appear to be identical to the ones of other NanoPi NEO boards, so accessories like NanoHat Hub and BakeBit Starter Kit should work with the board, but with the extra features, they also had to make the board a little longer, so enclosures like NanoPi NAS Kit won’t be compatible. They’ve used the cheapest 8GB Samsung eMMC flash with 5K/0.6K R/W IOPS, so don’t expect the best performance from it, but it may or may not matter that much depending on your application. 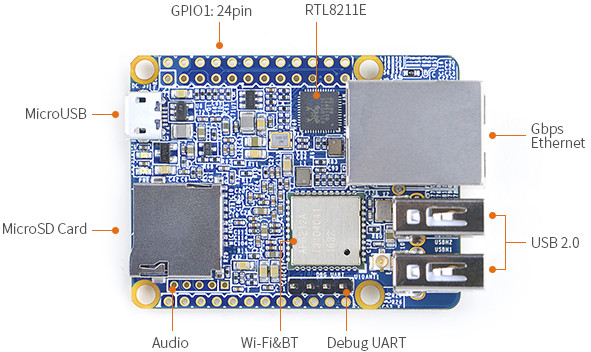 The company has still released Ubuntu Core 16, Debian NAS (with OpenMediaVault), and Ubuntu OLED images based on Linux 4.x for the board, which you’ll find together with the rest of the documentation in the dedicated Wiki. eFlasher tool will allow you to install the image to the internal eMMC flash. An experimental Armbian image is also likely to be released soon enough.

NanoPi NEO Plus2 is sold for $24.99 plus shipping apparently with all 2.54mm pitch headers soldered by default, a WiFi antenna, and a user manual. You may however prefer to purchase the “basic kit” for $29.00, which adds a micro USB cable, a heatsink & thermal pad, an acrylic case, and – for the first 200 orders – a USB2UART board for debugging. 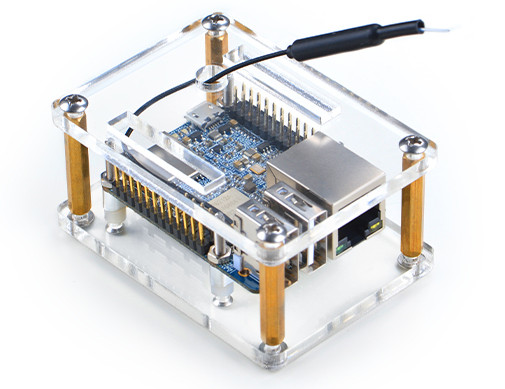