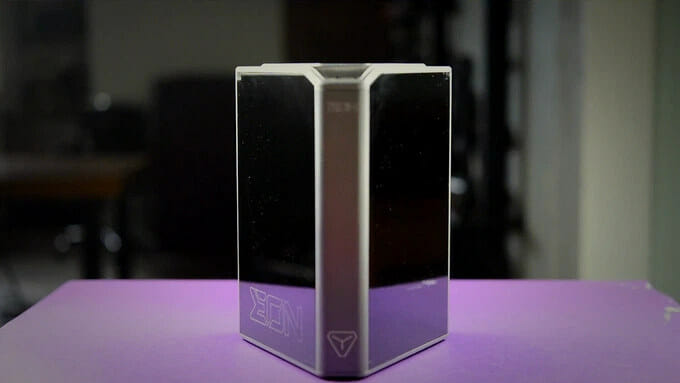 Argon EON is a 4-bay network access storage (NAS) enclosure designed to work with Raspberry Pi 4 that follows other popular Raspberry Pi cases from the company including the Argon One and Argon One M.2. Also known as the Argon EON Pi NAS, the enclosure features four SATA hard drive ports that will fit two 3.5-inch SATA HDD and two 2.5-inch SATA for a maximum capacity of up to 40 TB with consumer-grade drives, although I suppose it’s not a hard limit. Argon EON Pi NAS specifications: Supported SBC – Raspberry Pi 4 SBC with Broadcom BCM2711 quad-core Cortex-A72 processor, up to 8GB RAM Storage 4x SATA drive bays with up to 2x 3.5-inch HDD, and up to 2x 2.5-inch SSD/HDD with up to 10TB capacity per drive MicroSD card socket (for OS) Video and audio outputs – 2x full-size HDMI 2.0 ports up to 4Kp60, AV jack with composite […] 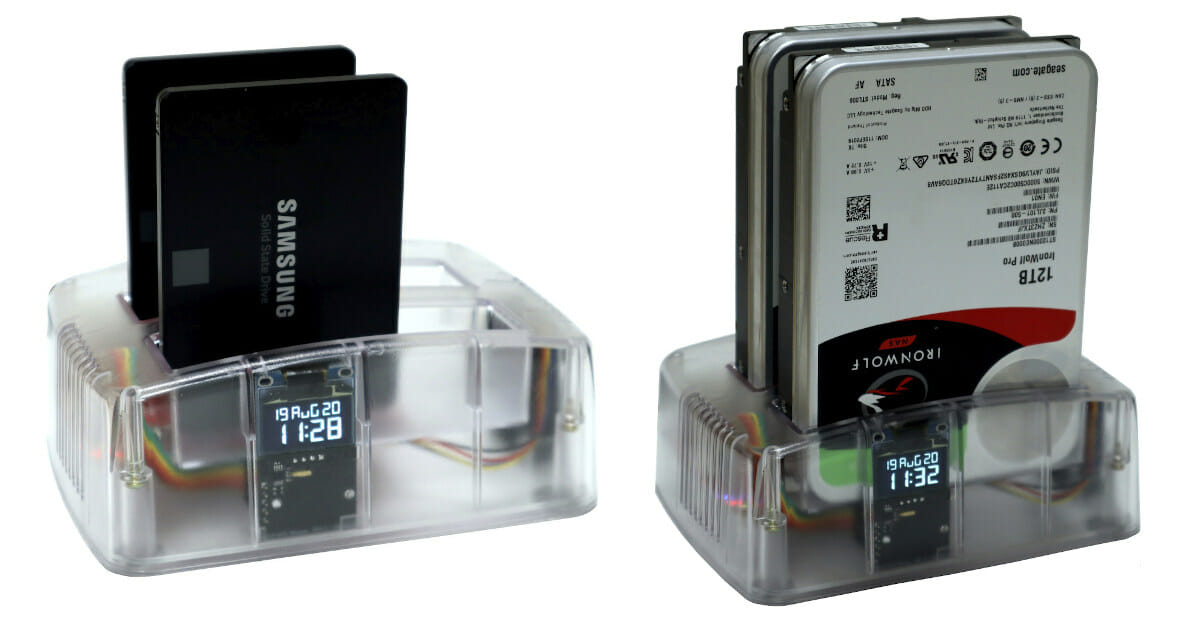 [Edit: Hardkernel has now updated their documentation to clarify the NAS uses ASM1061 PCIe to SATA controller instead of JMB582] It’s hard to find low-cost NAS platforms often because of the mechanism to insert drives and the enclosure add to the cost. An alternative is to use boards like Hardkernel ODROID-HC1 for 2.5-inch drives or ODROID-HC2 for 2.5- and 3.5-inch drives, but each board supports only one drive. The designs are stackable, but you’d need one Linux board per drive, so it’s not ideal. The Korean company has now launched a new model with ODROID-HC4 powered by an Amlogic S905X3 processor and shipping with a case supporting two 2.5-inch or 3.5-inch SATA drives that will start selling later this month for just $65 and up. ODROID-HC4 specifications: SoC – Amlogic S905X3 quad-core Cortex-A55 processor @ 1.8 GHz with Mali-G31 MP2 GPU System Memory – 4GB DDR4 Storage 128 Mbit SPI […] 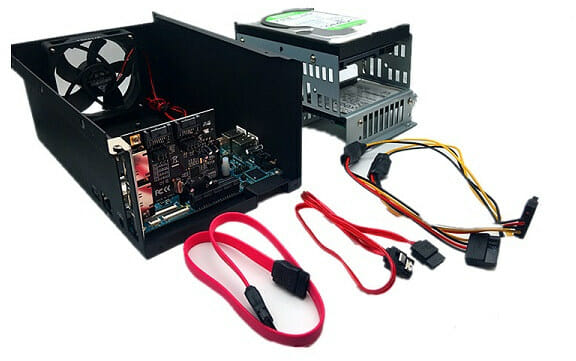 ROCKPro64 is one of the most affordable Rockchip RK3399 boards, as you can purchase it for as low as $60 with 2GB RAM, and $80 with 4GB RAM. Pine64 – the company behind the board – also offers add-on boards such as a PCIe card to connect up to two SATA drives. The company has now leveraged the latter in their ROCKPro64 metal desktop/NAS casing specifically designed for ROCKPro64 boards, and capable of holding two 2.5″/3.5″ SATA drives.Key features  of ROCKPro64 Desktop/NAS case: Compatible with ROCKPro64 boards only SATA – Accommodates either 2x 2.5″ SATA drives or 2x 3.5″ SATA drives or a mix of 2x 2.5″/3.5″ SATA drives Power Supply – 12V DC Dimensions –  232.4mm (Width) x 105.0mm (Height) x 145.2mm (Depth) The case also ships with 2 SATA data cables, and a custom designed power supply cable as shown below. However, the company also notes that ROCKPro64 […] 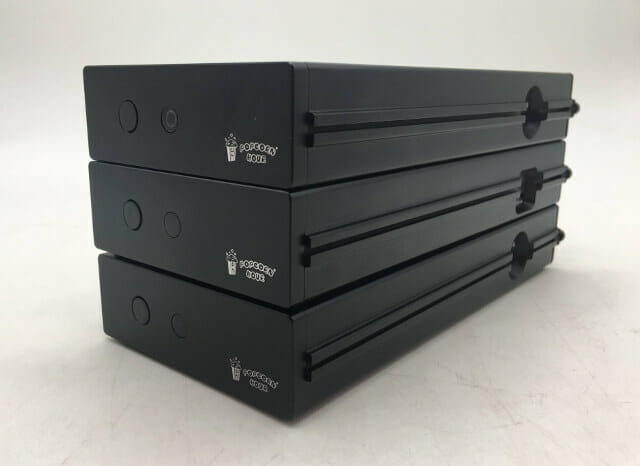 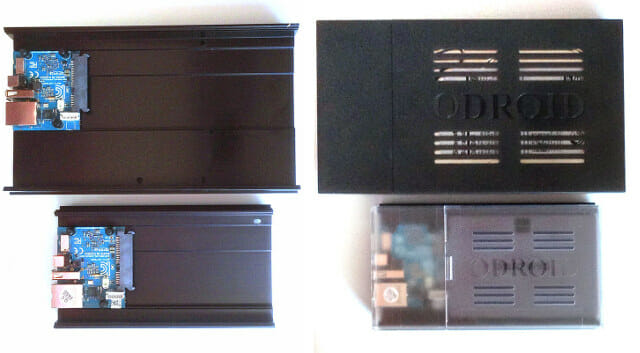 Last summer, Hardkernel launched ODROID-HC1 Home Cloud 1 taking a single 2.5″ hard drive, and based on a modified version of their popular Exynos 5422 powered ODROID-XU4 board where they removed HDMI, and added a SATA interface (via USB 3.0), but based on the initial announcement, we also knew the Korean company was working on ODROID-HC2 supporting 3.5″ drives instead. The device is not available yet, but guys at Armbian got an early unit, so we should not be waiting too long. Hardkernel will also have some competition for their ODROID-HC1 NAS, as Cloud Media (and Pine64?) are working on Rockchip RK3328 based Popcorn Hour Transformer & Transformer XL with support for 2.5″ and 3.5″ drives respectively. Hardkernel ODROID-HC2 ODROID-HC2 preliminary specifications: SoC – Samsung Exynos 5422 octa-core processor with 4x ARM Cortex-A15 @ 2.0 GHz, 4x ARM Cortex-A7 @ 1.4GHz, and Mali-T628 MP6 GPU supporting OpenGL ES 3.0 / […] 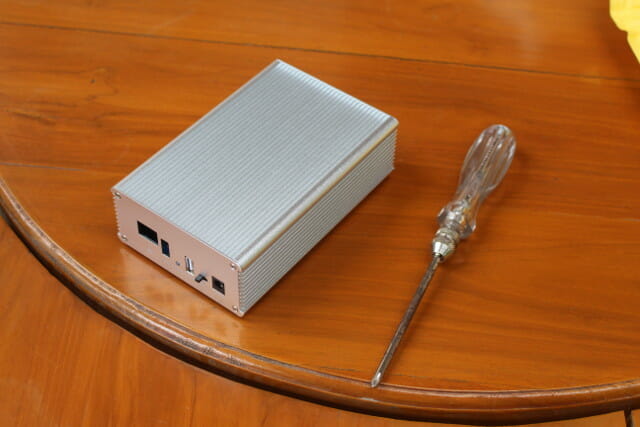 Time has come to organize another giveaway week. I used to mainly give away TV boxes, but due to recent regulations that will not be possible anymore, and instead this giveaway week will include Linux and IoT development boards, and other accessories. I’ll start with NanoPi NEO NAS Kit v1.2. NanoPi NEO NAS Kit v1.2 is a low cost kit NanoPi NEO or NEO 2 board that takes a 2.5″ hard drive. I’ve tested it with NanoPi NEO 2 board and OpenMediaVault, and found to perform optimally for this type of device (USB 2.0 to SATA), with SAMBA reads & writes achieving 40 MB/s. The hardware given away includes the NAS Kit v1.2 and a NanoPi NEO 2 board. You’ll just need to add a micro SD card with the OMV image, a hard drive, and a 12V/2A (or greater) power supply. To enter the draw simply leave a comment […] 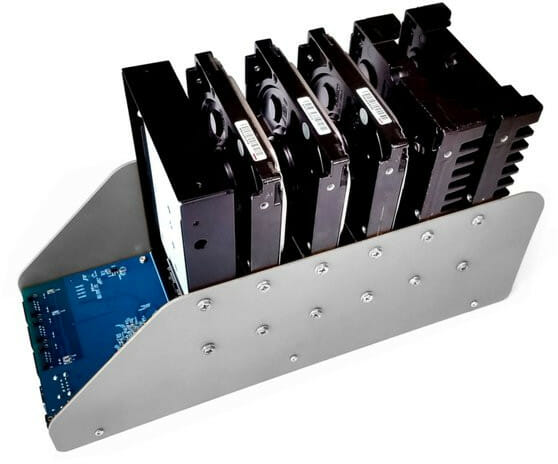 GNUBee Personal Cloud 1 is a DIY NAS powered by Mediatek MT7621A MIPS processor that supports up to 2.5″ SATA drives, and runs free and open source software. It was first introduced in March of this year through a CrowdSupply campaign. The developers are now back with GNUBee Personal Cloud 2 (GB-PC2) with pretty much the same features, but instead of being designed for 2.5″ drives, it supports up to six 3.5″ drive that should offer either more capacity, or a lower total price for an equivalent capacity. GB-PC2 NAS specifications: Processor – MediaTek MT7621A dual core, quad thread MIPS processor @ 880 MHz, overclockable to 1.2 GHz System Memory – 512 MB DDR3 (max supported by MT7621) Storage – SD card slot tested up to 64 GB, 6x 3.5” SATA HDD or SSD (recommended RAID 0 or 1 under LVM, MD, or Linux MD RAID 10) Connectivity – 3x […] 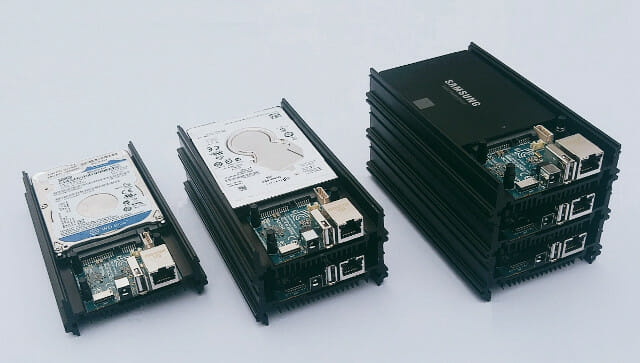