This week-end, I wrote about 1btn open source WiFi button that can allow you directly control WiFi appliances, and/or set scenes without the need for a smartphone. We also discussed limitations of WiFi due to high power consumption, security issues and the one-way aspect of RF communication, and that Bluetooth 5 may be a better option for range and battery life if possible. Flic Hub is another way to approach the issue, as it combines Bluetooth LE buttons with a gateway supporting WiFi, Bluetooth, and infrared. 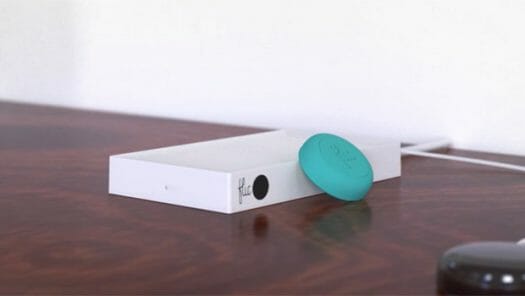 Users can configure workflows by setting up Flic with IFTTT, Zapier, Microsoft Flow or even the HTTP request function in their apps. A Flic SDK for iOS and Android is also available, The Flib Hub runs Linux, and they encourage hacking it to fit your project/application.

You can control individual devices with the Hub, but also set scenes such as turning off light, blinds, and aircon, as well as locking with the door when you leaving by pressing once, and cancel this mode with two clicks when you comeback. It can also be used to order items online with one to multiple press, and short and long presses. 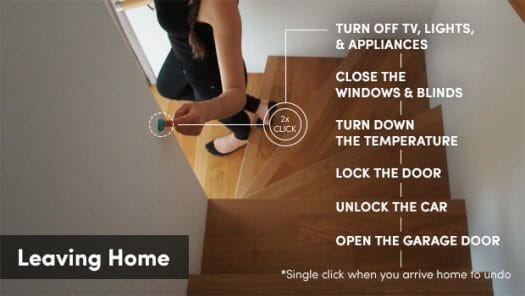 The Flic button has actually been around for a little while, as it was launched in 2015 via Indiegogo, and initially relied on your smartphone to act as a gateway. They added to Flic Hub to control more than just Bluetooth devices, and offer a more capable gateway working without smartphone, so for example you can now use up to 60 buttons, instead of just 8 with a smartphone, and anybody in your home can easily use the buttons. 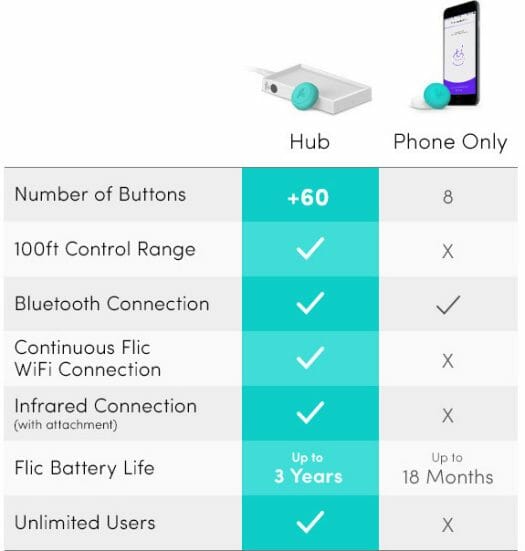 The Flic buttons battery life has also been increased to up to 3 years. You can find reviews of the first Flic buttons without hub on sites like CNET, as well as somewhat mixed customers’ reviews on Amazon.

Flic Hub is now on Indiegogo with 10 days to go, and over $300,000 raised. If you already own some Flic buttons, you can pledge $69 to get the Flic Hub only, and if you plan to control IR devices too, then you’ll want to add the infrared accessory for a total of $79. If you are new to Flic, you may prefer option for Flic Hub with 3 buttons for $109, or $124 with the IR accessory. They also offer glow in the dark buttons for $59 (2 buttons) or $99 (4 buttons) that could be very useful in some situations. Shipping is free to the US, $10 to the European Union, and $15 to the rest of the world. Delivery is scheduled for October 2017.